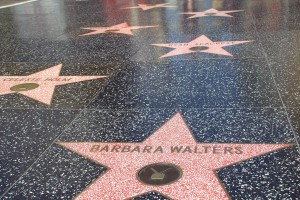 Eight Communication students are joining Department Chair David Domke and Alumni Relations Manager Victoria Sprang for a weekend in Los Angeles. After arriving at LAX at 3:30 p.m. on Thursday, their schedule won’t stop until they leave late afternoon on Saturday.

“We will be meeting with some amazingly successful and smart alumni in Los Angeles, whose successes span a whole host of media industries,” Domke said. “It is an incredible opportunity for students to talk with these folks, to ask questions, to learn, to see the inside of L.A. communications. It’s the kind of learning that just isn’t possible in a classroom.”

Students will see a presentation of the entire production process of “Hell’s Kitchen,” go on an animation tour of “Curious George” at Universal Studios, and visit 20th Century Fox, among other activities.

Senior Michael Lopez has never been to L.A., but is expecting skyscrapers, paparazzi, heavy traffic, and most importantly sunshine. As graduation quickly approaches for him, Lopez is looking forward to asking about the transition to L.A. and meeting possible mentors.

“Sure, you can read about a career you are interested in online, but nothing compares to hearing from someone already in the field,” Lopez said. “This opportunity allows me to hear about both the positive and negative aspects of the career and use them as a resource in the future.”

Senior journalism major Ilona Idlis has visited the city before, but said this time around will be a lot different.

“We’ll be given an unprecedented insider look at Hollywood’s communication industry and venture deep into the belly of the media beast,” she said. “It’ll be much more than just snapping photos of the Boulevard’s marble stars, which is what I did last time I was in the area. That, and buy a fake Oscar statue. This time around, I expect to experience more than the trinkets.”

Excited to be “privy to the inner workings of TV magic,” Idlis said this is a great way to send off her senior year.

Stay tuned for a recap of their trip when they return!