Artist in Residence Joanne Silberner received a last minute grant from the Pulitzer Center on Crisis Reporting to research diabetes and high blood pressure in Cambodia for two weeks. 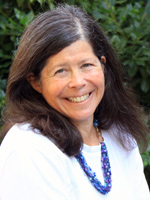 One might think that these diseases are insignificant compared to HIV, tuberculosis, and malaria, but Silberner is interested in the neglected issues.

“I have a thing on my door that comes from Amy Goodman that says, ‘Go to where the silence is and say something,’” Silberner said. “And that’s what I’ve always thought journalism should be and what I encourage my students to do. Look for the things that aren’t talked about that should be.”

One of these topics is the disease burden in the world. Recently the Institute for Health Metrics and Evaluation at the University of Washington came out with a report about the Global Burden of Disease that found that of all the risk-factors for disability and death, high blood pressure led the pack, not smoking, and diabetes isn’t far behind, Silberner said.

“As countries are getting a little better off and people are living longer, these [diseases] are having an ever-increasing burden,” she said.

Similar to what she did after her last trip to Uganda, Haiti, and India that was funded by the same organization, Silberner plans to do a series of stories about how Cambodia is able to deal with diabetes and high blood pressure and what that means for the rest of the world.

“Maybe with infectious disease there was that feeling that we’re just around the corner and we can get them if we try really hard,” Silberner said, “but in the meantime when you’re ignoring other things that make people sick, I think you’re losing their trust.”

With Cambodia being an enormously poor country that is still struggling with decades of civil strife and temperatures in the 100’s, Silberner could run into some challenges, but said that it seems to be a fairly safe place to travel.

Silberner is also busily working on the spring syllabus for COM 460, a special topics reporting course that will focus on immigrants and refugee communities in Seattle. She said writing about generally underserved communities and getting a foreign experience can be done without a passport.

“One of the things I enjoy most about these trips is how much they get me thinking,” Silberner said, “thinking of things that students might be interested in learning.”