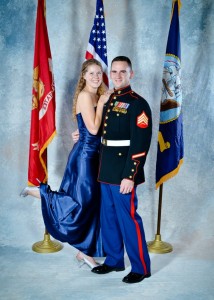 Heather Wise and Dave Walt at the Navy/Marine Ball

Founder and manager of a Registered Student Organization (RSO) on campus, volunteer with the veteran community, working in the UW Public Speaking Center, PRSSA leader, Zipcar employee, nearly a UW graduate…the list never ends for senior Communication student Heather Wise. Although sleeping comes last in her list of responsibilities and she rarely gets a free day, she has a lot to show for her busy schedule and go-get-‘em attitude.

As a self-proclaimed “military brat,” Wise decided to try out the West coast for college, as she spent most of her years living up and down the East coast and three years in Japan. This is the longest she’s lived in one city, and although she had visited Seattle before, she was looking for something different.

“I wanted an adventure because the military life has become a core part of who I am that I just have to continue that,” Wise said. “My ideal job even has me traveling everywhere, all the time.”

And it doesn’t help that the UW is her dad’s alma mater. 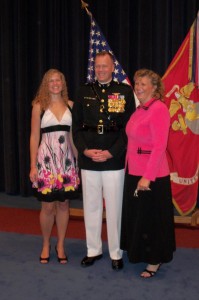 Mark Wise’s promotion to Brigadier General with daughter Heather on left and wife Terri to his right.

Wise’s dad, Mark (B.A., 1986), majored in psychology and was active in ROTC. He has been active in The United States Marine Corps for nearing 27 years and has recently achieved ranking of General, and will be getting his next duty station soon. Wise tried many times to be a part of the Marine Corps to follow in her father’s footsteps, but medical complications prevented her from doing so.

“Everything else I can kick tail at, but running I just can’t do and doctor’s don’t really know what’s wrong with me,” she said. “So basically I have to suck it up and not join, but I definitely wanted to be a marine for a long, long time.”

Although disappointing, the rejection has not stopped Wise from being involved with the military and it has changed the person she is today.

“I was a major introvert,” Wise said. “I never talked to anyone, never reached out or did anything. I was one of those stereotypical quiet, awkward kids up until about a year ago when I got introduced to public relations and got shut down from the Marine Corps for the last time that I became the biggest extrovert in the world.” 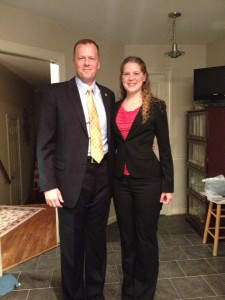 With the ultimate goal of working in military public relations, Wise started a RSO called Huskies’ Military Families (HMF) to give both spouses and children of active military personnel a place to go to create friendships and bonds that will help make the transition from military to civilian life easier.

“Most of us know what it’s like to have your father or husband, boyfriend or mother being deployed for months and months at a time and not having them around,” Wise said. “So that’s definitely something very unique that we can connect to because they’re over fighting in Afghanistan or Iraq or wherever and we’re sitting here going ‘Ooh, that is pretty nerve-wracking.’”

Similar to Wise, Nicolette Jimenez found the college transition to be a “complete culture shock.” Meeting her in a PR class and figuring out that they had both attended the same JROTC competition in Iwakuni, Japan, Jimenez quickly jumped on board with Wise’s vision by becoming HMF’s Public Relations Officer.

“With something like Huskies’ Military Families on our campus, I am confident that we can help military dependent students find friendships and comfort in an unfamiliar place,” Jimenez said. “I know I would have loved to find a place where I knew I could meet people like me…I believe Huskies’ Military Families is something we have needed for a long time on this campus and I commend Heather for having the guts to put something like this together.”

Vice President of HMF, Nikole Robertson knows first-hand what it’s like to meet a friend that understands.

“It has been really great to find somebody that has been raised the same way as I have, especially in an area where there are few people acquainted with the military,” she said. “[Heather] has done this not just for me, but for others as well. She has provided the opportunity for others like me to meet and have a sense of community and a little taste of home.”

The organization is still in its baby stages, but they are all working hard on getting the attendance up and finding volunteering opportunities. 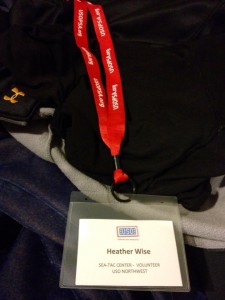 On top of starting this organization, Wise volunteers with Husky United Military Veterans (HUMV) on campus and United Services Organizations (USO), and has recently been asked to head up the PR department for the Washington chapter of a national veterans organization called Team Rubicon that “unites the skills and experiences of military veterans with first responders to rapidly deploy emergency response teams” for those affiliated with natural disasters.

With a naturally upbeat and bubbly personality, tutoring in the Public Speaking Center and taking advanced public speaking classes has taught Wise how to relate with people on diverse levels.

“I’ve always been a huge fan of interacting with people, but I feel like this will kind of help me understand more how to interact with people in different settings.”

And why not add a leadership position with PRSSA, a job with Zipcar (which she loves), and applying for jobs in Washington D.C. into the mix?

Wise said, “I’m still trying to figure out how I’m doing it.” 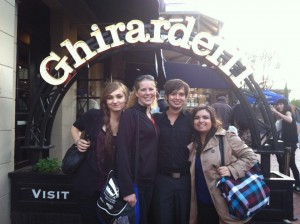