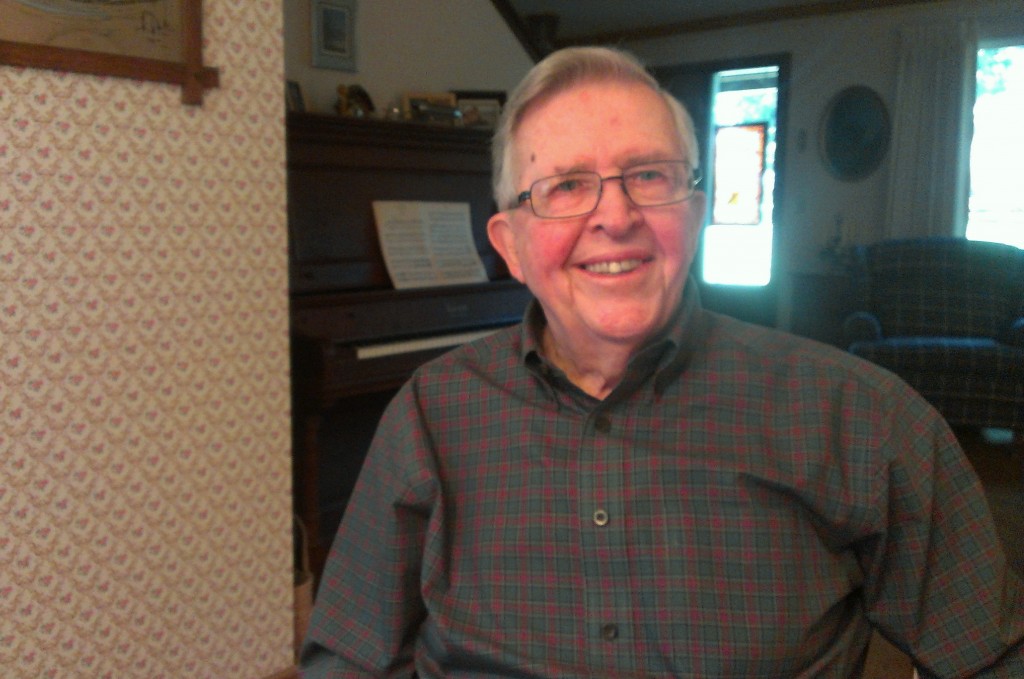 Retiring in 1991 at age 65, Don Duncan (B.A., 1949) was in the newspaper business for 41 years, writing an estimated nine to 11 million words published in various newspapers and his two books “Meet Me at the Center: The Story of Seattle Center from the Beginnings to the 1962 Seattle World’s Fair to the 21st Century” and “Washington: The First Hundred Years 1889-1989: An Anecdotal History.” He turned 87 a few weeks ago, but still remembers his assignments like they were yesterday.

Although some days were not as fun, Duncan said he never got tired of the business, writing stories and going on adventures such as visiting a nudist camp, meeting Princess Diana and Prince Charles, riding in a two-seater hydroplane, challenging the state checker champ, and taking someone who hates spiders to a tarantula farm.

“I never wanted a different job,” Duncan said. “I worked hard and I was diligent. I wouldn’t give up on a story and it usually worked out.”

Duncan said his biggest accomplishment was “the fact that I wound up getting stories when they said you couldn’t get them.” He found Justice Douglas in hiding with his new bride weeks after divorcing his last wife, and got the scoop on the whereabouts of George Weyerhaeuser’s kidnapper years after it had happened (to name a couple).

Although throughout his career Duncan was offered jobs in other states, he always wanted to stay in Washington.

“Money isn’t that important,” Duncan said. “I don’t think I could transfer because I know the history here. I grew up in Seattle, went to school here, went to the downtown second-hand store with friends and wandered the streets. I grew up with the town.”

Raised by a four foot nine and a half inch single mother who defied all odds by living to be 98 years old, Duncan has had three children of his own and is great-grandpa to six great-grandchildren.

“It was a great life and I can’t imagine doing anything else,” Duncan said. “All these things kept happening for a kid who grew up on the wrong side of the tracks.”

Learn more about Duncan’s life, accomplishments, and life after journalism with this article written by News Lab student Simona Trakiyska>>