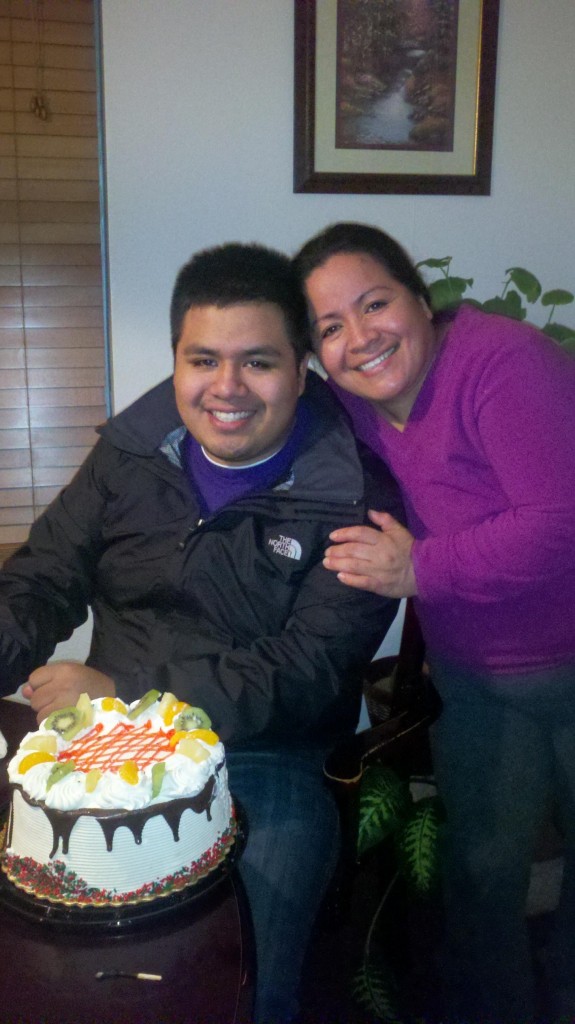 The path to college wasn’t set in stone for senior journalism student Michael Lopez. Born in Mexico City to a single mother who worked for everything they had, Lopez learned the value of hard work and what it means to go after what you want.

“It was really tough at the beginning,” Lopez said. “We didn’t have much financial help.”

Without knowing any English, Lopez and his mom moved to Washington to live with his grandparents when he was five years old. With many people living in one house, including lots of little cousins running around, Lopez hardly ever saw his mom who was working as a migrant worker, traveling around the state. However, she continued to be his biggest motivator.

“My mom was always an advocate for me going to college and was always pushing me,” Lopez said. “When she would call me, she would ask, ‘Have you done your homework? How are your grades?’”

Lopez’s mom made sure he went to a high school that offered AP classes, even though it was farther away, but the most inspiration came from her hands.

“One of the things that pushed me to do so well in school was that she would always show me her hands,” Lopez said. “She would say, ‘Look at all the scars I have. Do you want this for you?’ Every time she would do this it brought tears to my eyes.”

Feeling helpless at such a young age, all Lopez could do was succeed in school. With more than 40 cousins on his mom’s side of the family, most of whom never graduated from high school, going to college never occurred to Lopez until he was a junior.

“I always thought that was for me too,” he said. “Finish high school, find a job somewhere, and call it good. But my mom told me to look into colleges.”

Going to college was something that no one in his entire extended family had done before. Graduating with a 3.95 GPA, a counselor encouraged him to apply as well, and he was accepted to every school to which he applied.

However, this wasn’t the first obstacle he’s had to overcome in the academic realm of his life. The way he learned to speak English was by being stuck in a classroom when he moved to the U.S.

“In the beginning it was hard,” Lopez said, “and I think that’s why I’m more timid or shy when I talk, because I would get laughed at a lot. I had a thick accent, so I would never talk or raise my hand.”

But jumping in head first is how Lopez gets things done. Knowing he had an interest in video editing, he offered to make a video at the end of a summer program he was volunteering at called TRIO, which provides services to individuals with disadvantaged backgrounds. Due to budget cuts, the organization had to eliminate end-of-the-program yearbooks, until Lopez stepped in, devoting all of his free time to the project, which often meant sleepless nights.

“At the end of the summer I had this video of almost an hour and a half,” Lopez said. “It was cool because I had never done anything like that and everything was self-taught… When you devote so much time to something you like, especially in your free time, that’s when you realize it’s something you really like to do.”

When the opportunity to go to L.A. with the Department of Communication arose, he knew he was interested. Although never having been to the City of Angels, he imagined celebrities, sunshine, and most importantly video production.

“I thought this would be an opportunity to go beyond what I know and ask questions,” he said, “especially to those that edit videos for a profession and to get their insides.” 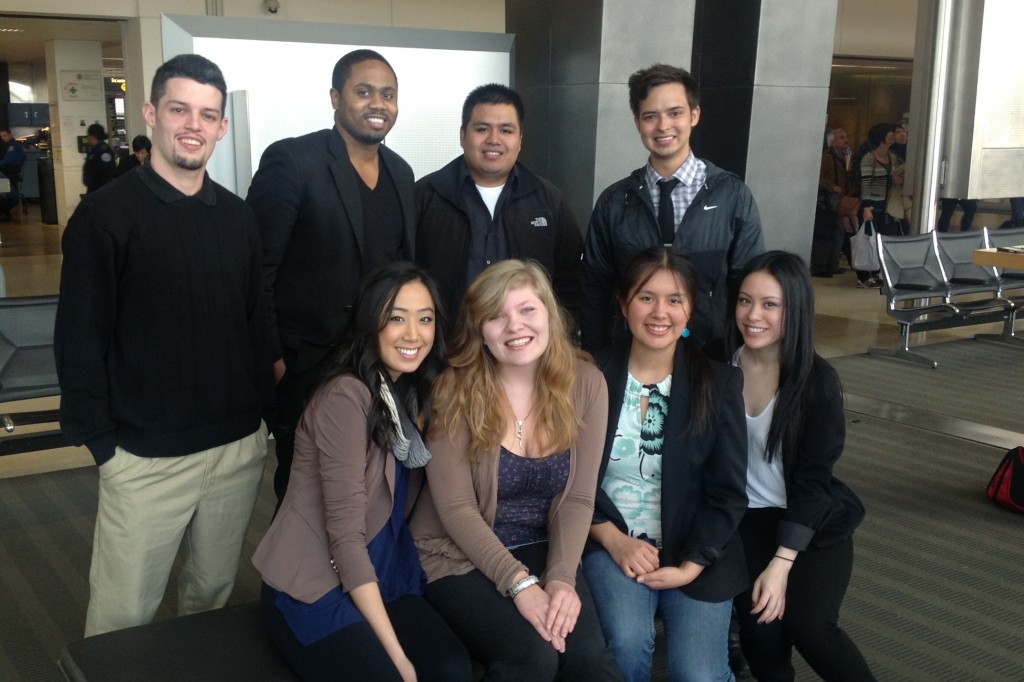 Lopez (back row, second from right) and seven other Communication students ready for a weekend in L.A.
Photo by Victoria Sprang.

Not even expecting to get to the interview stage, Lopez was accepted and got the opportunity to meet with the editing crews for the shows “Curious George” and “Hell’s Kitchen,” as well as tour the 20th Century Fox lot and Universal Studios, and meet several professional role models.

Learning many lessons along the way, Lopez gained confidence as the weekend progressed by talking with editors and realizing that maybe living in a big city wouldn’t be so bad.

“Before the trip, I never saw myself in L.A.,” he said. “I thought Seattle was big enough for me, but after two days of being there I thought, ‘I could see myself here.’”

From Mexico City to the little town of Cashmere (with a population just over 3,000) to Seattle, maybe L.A. will be the next step. But one thing’s for certain, it all started with his mom.

Strict in her religion and with her children, Lopez said his mom was tough on him and that “back then I saw it as punishment, but now I have nothing but to thank her for raising me that way.”

As the oldest of nine children and never getting the opportunity to go to school herself, Lopez’s mom has remarried and started her own home decorating business. Lopez’s sister, who is a senior in high school, has applied to college and is well on her way to becoming the second in the family to attend college. And Michael just received citizenship this past year, allowing him to work just one job to pay for school, and focus on a bright future.