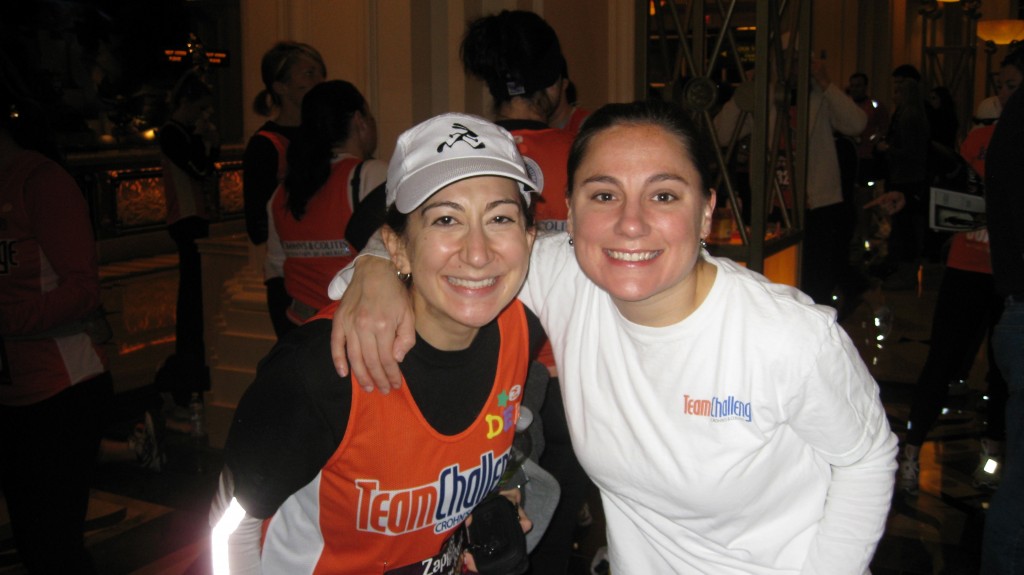 Jennifer with CCFA walk manager Deborah Jacoby at the Vegas Rock ‘n Roll Half Marathon, as part of Team Challenge for Crohn’s and Colitis. CCFA is the official charity of the event.
Photo courtesy of Jennifer Simmons O’Connor

Jennifer Simmons O’Connor (B.A., 2001) never saw herself living back in Issaquah, the town she grew up in, or having a long career working for nonprofits, but she has found a lifestyle.

“I didn’t choose this career at all,” Simmons O’Connor said, “so sometimes the thing I revel at is that I’m happy.”

By choose, she means it just kind of happened. With a family full of University of Michigan alums, Simmons O’Connor decided as the middle child to be a little different and enrolled at the UW. Although only 20 minutes from her house, she lived on campus and met new people like the rest of the incoming freshman. Starting out with hopes to become an English teacher, she quickly changed her mind.

“I think I realized maybe a year in that actually becoming an English teacher and going to the UW is a pretty long program,” she said. “There’s an expectancy at 17 or 18 that you know what you want to do with the rest of your life, but I think that’s unrealistic.”

While sticking with English, Simmons O’Connor spontaneously decided to take an intro to communication class her junior year and fell in love. Although it kept her in school a little longer than four years, it has led her to where she is today.

“I’m one of those people that loved school – the educational and academic side of it, as well as the social aspect,” she said. “I like to write and I think that served me well in enjoying school in both English and communication.”

She interned at the Bellevue Arts Museum in their PR department, as well as at a small local newspaper, while in college and imagined herself going that route after graduation. She landed an interview at a large PR firm in Chicago, but decided it wasn’t for her and got a job at the Issaquah Chamber of Commerce, where she managed the PR and marketing efforts for the Issaquah Salmon Days Festival, one of the largest events on the Eastside.

“I had a phenomenal experience and really started to like the fundraising and development side of it,” Simmons O’Connor said. “It was all corporate driven which is very different than what I do here, but it was a great way to experience kind of what a nonprofit was like on a day-to-day basis, especially in a small office, and what it meant to work for a nonprofit.”

After four years with the Chamber of Commerce, Simmons O’Connor joined the local team at the Crohn’s and Colitis Foundation of America (CCFA), a national health organization based in New York with about 40 offices throughout the country. Starting out as a development manager planning fundraising walks, the annual luncheon, and running committees, she has made her way up to regional development director. While she does many of the same things as when she started, she has added staff management and office leadership to the list.

“From a career standpoint it was really important to continue to move up and make new paths for myself,” she said. “So I’ve spent a lot of time in the last couple years evaluating the nonprofit sector, which I kind of fell into but really enjoy, and where I see my path here.”

With so many different charities and nonprofits to choose from, Simmons O’Connor contributes some of her loyalty to the CCFA to her parents. 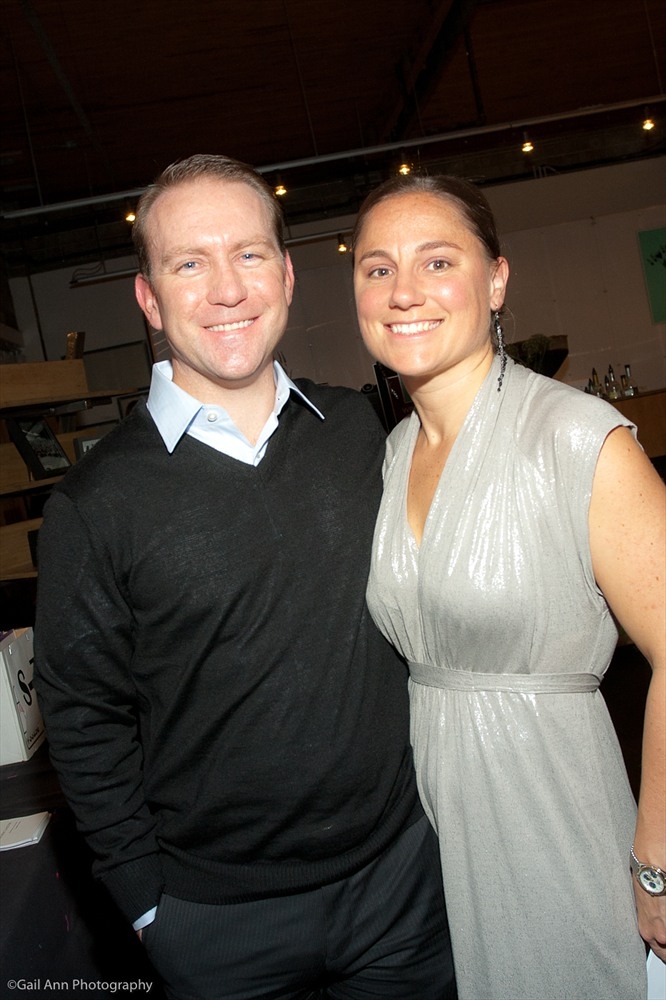 Jennifer and her husband Dan at the CCFA Annual Casino Night and Silent Auction.
Photo courtesy of Gail Ann Photography

“I’ve been fortunate to have stayed here and I think it’s a little unique to work for one organization for eight years, and I think part of it is just how I was raised,” she said. “I feel very committed to the organization. I do have a personal connection to colitis so I know how devastating these diseases can be and that’s probably what sent me in this direction initially to this particular organization…but really it’s the ability to be successful in a career that I like, that happens to also help people at the same time.”

Although Crohn’s disease and ulcerative colitis affects an estimated 1.5 million people (that’s almost three times as much as multiple sclerosis), they are not well known and are often referred to as “bathroom diseases.” While that’s not necessarily an incorrect label, they are much more than that, Simmons O’Connor said.

“Part of that is that people don’t really want to talk about it,” she said. “We work with kids that are 14 year old girls – they don’t want to talk about that, in fact some of them have the most elaborate stories on why they’re missing two months of school or why they are having surgery. And then there are adults who worry about how it’s going to affect their career. Do they want their employers to find out? There are a lot of things that go along with having a chronic illness.”

In 2013, the Northwest office will raise over $1.7 million in support of medical research, patient education, support programming, and youth activities – all for the mission to cure Crohn’s and colitis, and to improve the quality of life of children and adults affected by these diseases.

“I don’t like asking people for money and I can honestly say I know very few who do,” Simmons O’Connor said. “It’s part of the job that is actually really small. A lot of what we do is build relationships with people. We connect people with projects, connect people with our mission, and we make them want to participate in what we are doing and make them want to partner with us because they feel passionate about it. And the more passionate we feel about it, the more passionate they will.”

At age 35, Simmons O’Connor considers herself a career person. Happily living with her husband (who also started in PR and has moved to nonprofits), she has found a balance between working, spending time on the mountain snowboarding in the winter, and enjoying a regular life.