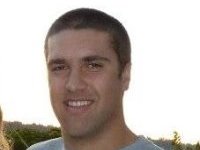 “I’m content manager for the website, so I update it every day. I double-check the planned list that we have on the computer with the whiteboard that lays everything out. I pitch stories and sit in on pitch meetings, which are always really interesting. I help set up lights and stuff for shoots, and get to sit in on interviews. A little bit of everything really.”

“I’ve always been interested in broadcast journalism more than print. I mean, I like print obviously or else I wouldn’t be a journalism major, but I’ve always liked video production and things like that, so I figured this would be an interesting and helpful opportunity to get into that field.”

“Because Evening Magazine is so community based, I learn a lot of interesting things about the city that I didn’t know about before because I’m from Bellingham. I watched the show growing up and my parents are really proud that I’m part of the show. It’s pretty cool to just be in that atmosphere. I also take phone calls and answer viewer emails…and it’s like ‘oh yeah, people are actually watching this.’ It’s not like back in high school where it’s just some deal we put on TV and it’s just us messing around. This is serious stuff. I like that aspect of it and knowing that what I’m doing is actually being paid attention to.”

“It’s totally the opposite of what I was expecting it to be. I thought people would be really super serious about their jobs, but I work with a bunch of clowns. They are some of the best people ever to work with. They are so laid back and relaxed, and it’s surprisingly a very low-stress environment, which I think is good to produce that kind of product because what they’re searching for is something that is entertaining. When everyone is relaxed and having a good time making it, it makes their job more enjoyable. It’s a great learning environment for me and really fun.”

“Well, it’s a great resume item to start with. KING 5 is an awesome organization that I hope will draw some attention on a resume and I’m building work experience by being able to say that I helped produce something that was on local TV. Just the skills and the experience that I’ll have now with half a year of broadcast journalism experience, I think that will help a lot. I’ve made some connections at KING 5 now too that have been more than willing to help guide me in the right direction of what I need to do and what the next steps to take are.”

“One thing that was really cool is I’m a FIJI and for our major philanthropy project this year we dribbled a basketball from Las Vegas to Seattle in seven days for a local charity. I pitched that story to them and they thought it was great and gave me a camera, so I went along and filmed the footage on the road for them. And so my footage got used in a story on TV. I’d say that’s what I’m most proud of so far.

“And then just the stuff that I get to do that I wouldn’t normally get to, like they do this contest called the Best of Western Washinton and every year they pick a random viewer to win $5,000. So I got to go with the film crew to shoot the surprise where they presented this girl with $5,000, and there was a marching band going around the cul-de-sac at like five in the morning.” 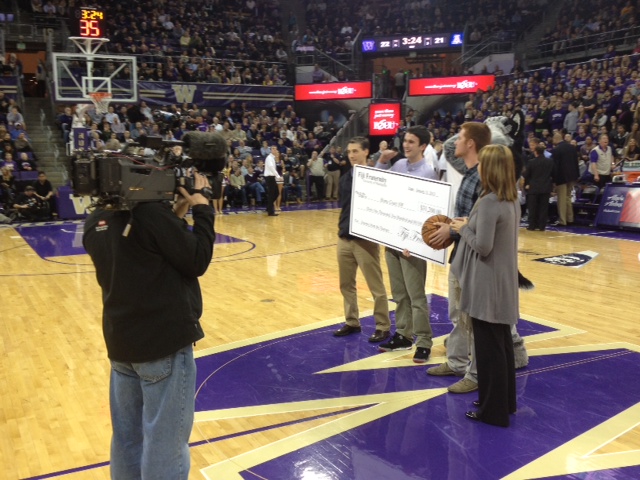