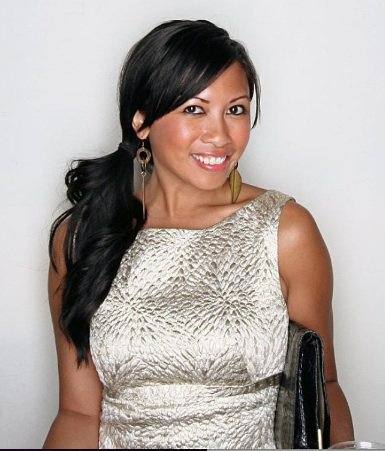 Born and raised in Seattle, Jess Estrada (B.A., 2005) is passionate about her city. And Twitter. The social media outlet has allowed her to become an independent consultant and devote more time to her brand Fresh Jess.

Estrada began her blog titled Fresh Jess in 2008 while she was working as the events director for the Seattle Chamber of Commerce. She was planning business networking events, professional development seminars and workshops, and doing research about other events happening around the city. This is where her inspiration came from.

“I wanted to show a piece of Seattle that you wouldn’t necessarily find in Seattle Magazine or Seattle Met, which I’m a big fan of,” Estrada said, “but I wanted to bring a local perspective and a young professional voice.”

With the 30Fresh campaign that Estrada started to celebrate her 30th birthday and her fifth year of blogging, she has been averaging around 50,000 views per month from areas all around the world. With a strong base in Seattle, Fresh Jess has people visiting from New York, L.A., Brazil, the Philippines, and more.

Estrada devotes much of her success to Twitter, her favorite social media tool. Back in 2009, the Twitter community was much smaller and tight knit. She was talking to people at KING 5, The Seattle Times, and The Seattle P-I, and she was able to create solid connections and friendships.

“For me, being active on social media was an easy way to promote my work and our events, and also establish the Chamber, which back when I was working there was 127 years old, so it brought a fresh angle to a really old institution,” Estrada said. “So it was a parallel: I was growing the Chamber’s presence on social media, but I was also growing my personal brand in conjunction with that.”

In addition, Estrada is a natural networker, which has helped her gain a following. While being involved in many events around Seattle, Estrada also has gone to fashion week in New York almost every season for the last four year, frequenting blogger conferences and meeting other writers.

“I’m not sure how I fell into the fashion bucket, but I’m not complaining,” Estrada joked. “It’s a combination of real-life networking and social media networking and because that’s what I was doing at the Chamber, I feel like I’m really strong at forging those two together.”

One year ago, Estrada was finished working at the Chamber and left her job at Banyan Branch, a social media agency that she worked at for two and a half years, to become an independent social media strategist and spend more time working on her blog.

“I never really looked at it as a job,” Estrada said. “It was just something I really enjoyed doing. People think that Twitter and Facebook can be a time suck, and it can if you let it, but you can also be really smart about it and still be able to grow a following and be active on there without being on it all the time.”

Estrada is able to teach her methods to her clients, showing them how to use social media for their own purposes in an efficient, creative, and useful manner. She still sits on the fence herself about being a full time blogger because to make money, bloggers lose some control over content with advertising and sponsored posts that may not match up completely with the brand. With the 30Fresh campaign, Estrada has been able to give readers a deeper look into her life.

“It’s turning more into a lifestyle blog where people learn more about me and I feel like I’m being more authentic, genuine, and vulnerable,” she said. “It’s been received really well, my traffic has pretty much doubled in the last month or so and all I’ve been doing is interviewing my best friends, talking about my family, my dog, and nonprofits that mean a lot to me.” 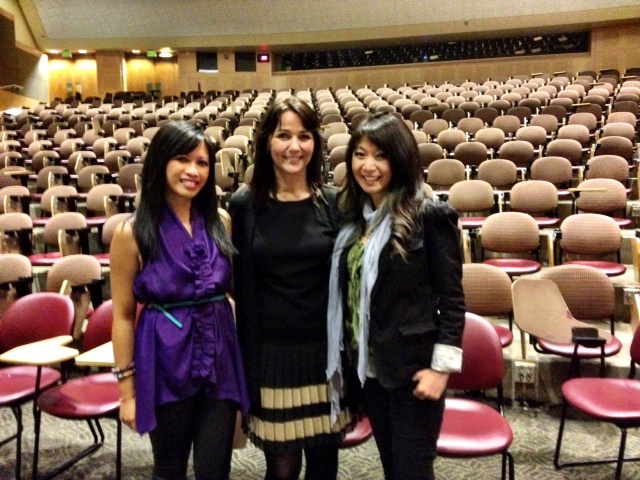 Estrada is also adding five new contributors, some being UW students, to bring in some new blood and fresh voices to the mix.

“I wanted to get involved because when I met [Estrada] for the first time, we talked about fashion: our favorite stores, new iPhone apps, etcetera; and I really liked her style,” said UW journalism student Courtney Liu. “It was a great opportunity for her to offer me and I was flattered… I’m very inspired by what she’s doing, especially since she used to be in my shoes as a communications major at the UW.”

Estrada said although she taught herself many of the social media mechanics, principles she learned in classes at the UW still come up in her everyday life.

“Communications is funny because you’ll be sitting in class wondering when the hell am I ever going to use these skills and I can’t tell you how many times after college where I’ve literally sat in a business meeting or at a talk and I can envision the class I learned it from,” Estrada said. “So I would say the basis of social media and how to use it was self-taught, but taking that a step further and the networking piece, the learning how to articulate yourself, feed the right messages and the right stories, that definitely stems from my time at UW.”

She tells students to start on Twitter. Put yourself out there and you’ll grow confidence and get active in the community. She also advises to not be afraid to reach out to mentors.

“When students reach out to me, I always say yes because I was in their shoes once,” she said. “I still need a mentor.”

With every day being different, balance can be hard, but she is able to set her own schedule. She has an editorial calendar and idea bank that she updates every time she has an idea for someone to interview, topics to talk about, restaurants to cover, or books to review. She is an avid reader and said her Twitter favorites are full of articles she wants to read.

“Even then, sometimes you just want to get off the computer and get a breath of fresh air,” she said. “Just being outside can be really great at inspiring content ideas.”

Her favorite sites to check every day are “Sincerely, Jules” because she can adapt the author’s California style to her own, “Because I’m Addicted” (who also produces the YouTube channel LEAF TV for living, eating, and fashion), and BuzzFeed and Refinery29 for her daily news visits.

Twitter will always be her number one go-to though. She tells her clients that each media platform is a different audience.

“It’s a great platform to talk to people,” Estrada said. “And when you are on the go and busy, the 140 character limit is great because it keeps conversations short and to the point.”