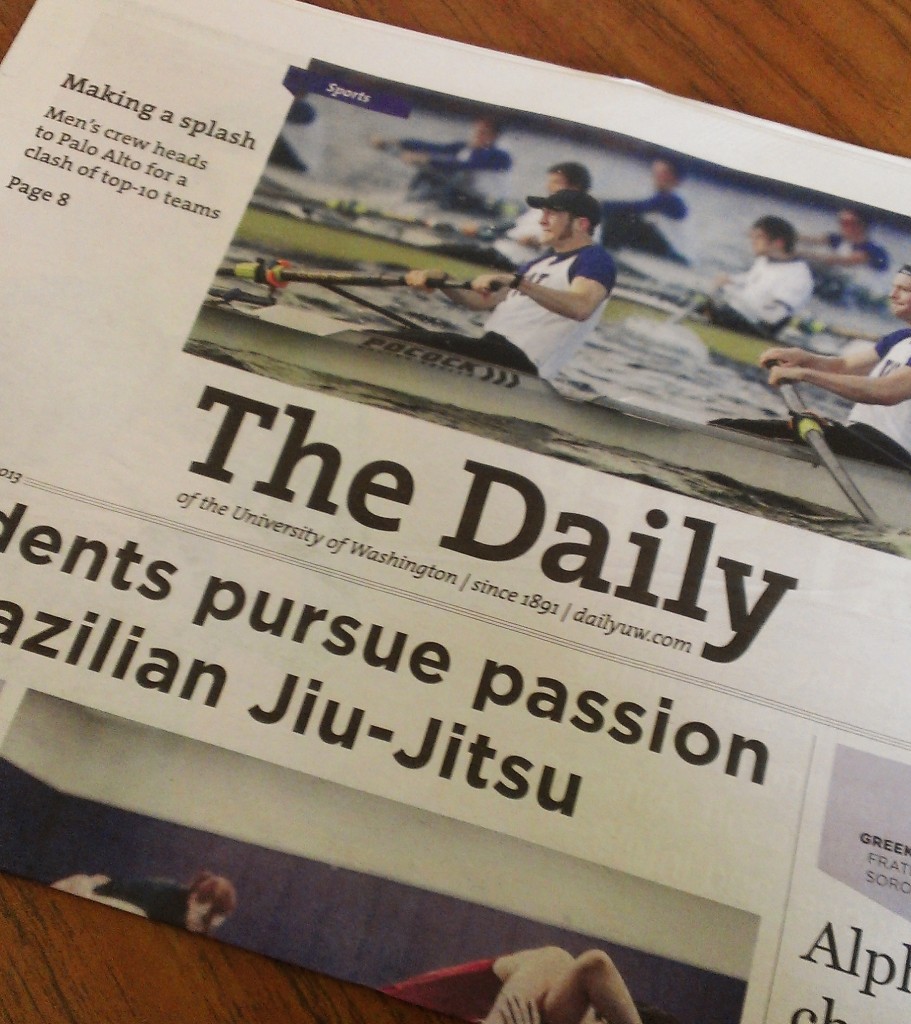 Last weekend in Spokane, The Daily swept up the competition at the SPJ Region 10 Spring Conference. The event, which included special talks and networking opportunities with professional journalists from all different media outlets, also featured the Mark of Excellence (MOE) Awards given to journalism students from across Region 10 (Washington, Oregon, Idaho, Montana, and Alaska).

“I’m very honored to have been selected by the SPJ,” Hueter said. “I’d like to thank everybody who helped tell these stories – my editors, Josh Liebeskind and Kevin Dowd, copyeditors, and sources.”

Senior McKenna Princing who is majoring in English won first place in the large feature writing category for an article she wrote about a UW student dealing with being labeled a sex offender from a crime she committed when she was 15 years old.

“I’m incredibly excited and grateful to have won the award for “Overcoming the conviction” because it’s one of my articles I’m most proud of,” Princing said. “Writing it was a life-changing experience. I’m grateful to Kara, the young woman I interviewed who was convicted of a juvenile sex offense, for wanting to share her story with me. Speaking with her and getting to know her challenged my former beliefs about people who commit sex offenses and opened my mind, and I hope the article has had a similar effect on readers.”

Editor-in-chief for the 2012-13 academic year Sarah Schweppe said The Daily is proud of the awards they received as they represent the improvements they have made in the past year. They have focused on expanding the diversity of the content featured, consistently prioritized a strong training program for incoming writers, and have devoted countless hours to reporting, designing, and editing every day.

“We are proud of the work done in 2012 and have continued to improve our coverage in 2013,” Schweppe said. “We push our writers, photographers, designers, and videographers to look not only for new stories to tell, but also for new ways to tell stories. We are always looking for new perspectives, while teaching a brand of journalism that promotes objectivism and abiding by the SPJ code of ethics. The Daily gives its employees constant practice in honing their individual skills, but also promotes a collaborative environment.”