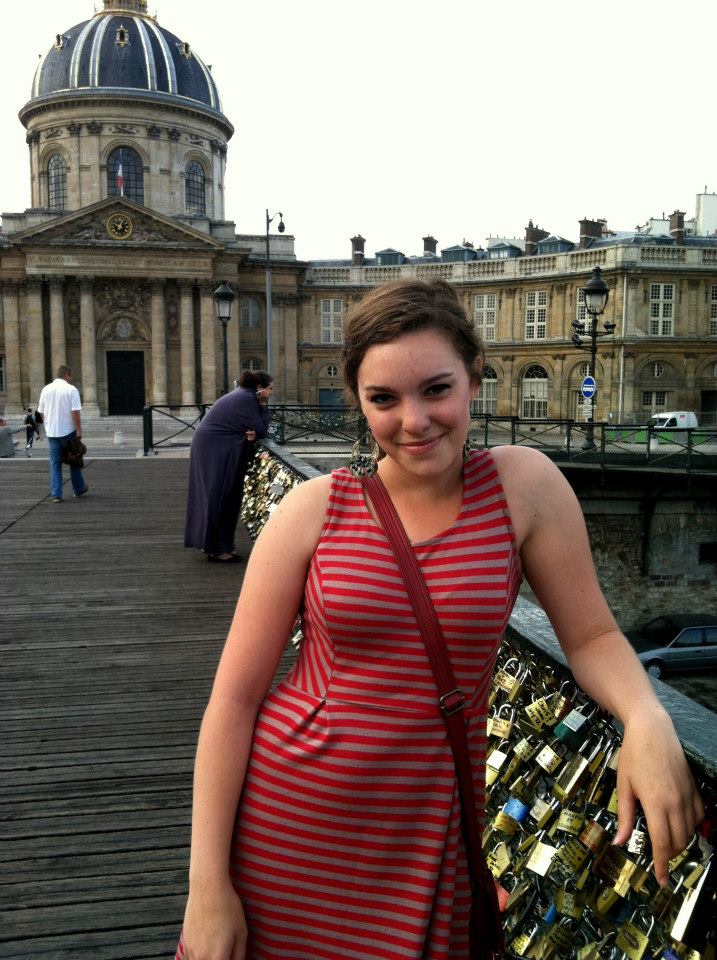 Position: Editorial Intern for Paradigm Communications Group, the publisher for Alaska Airlines Magazine and Horizon Edition Magazine (March 2013 to June 2013), Unpaid, can be for credit, 20 hours/week

“When I applied for the internship, the editor that interviewed me said 70 percent of the position was doing fact-checking on articles before publication, and the rest was researching future article topics and writing my own short pieces to be featured in the magazine. That has pretty much proved to be true. As the staff goes through the same cycle every month (of interviewing sources and writing articles for about two weeks, working on edits the next week and a half and beginning to fact-check articles from staff and contributing writers), I am right there beside them – writing my own stories, editing and fact-checking alongside them.”

“I became aware of the position fairly randomly. I was taking DANCE 103 my last quarter at UW, and after class one day, struck up a conversation with one of my classmates about our futures. I found out she was majoring in journalism as well and she asked me what my post-graduation plans were. ‘Not a clue,’ I said. At this point, I had pretty much resigned to uncertainty in my future. I told her that I really wanted to work for a travel magazine, but that’s pretty much the only direction I had. ‘I have a friend who works for Alaska Airlines Magazine right now and they’re looking for interns – would you be interested? I can send your resume to her.’ She didn’t have to ask me twice. I emailed her my resume and a few days later, I received an email from the editor, saying he wanted to interview me. It went really well and I got the internship!”

“I was really intrigued by what I would be learning in the internship and knew it would be a good starting point in my career. I’ve always had a passion for traveling and writing, so it just makes sense to marry the two.”

“I like the variety of things I learn every day. Even though I end up sitting at my computer for eight hours, it has been more valuable than some of my quarter-long classes. I have learned about sports than I ever cared to know (I’m not a sports buff by any means), about little markets in obscure Mexican towns, the importance of diacritical marks (i.e. spelling Hawaii like Hawai‘i), and so much more.”

“Not that I can think of! I’m enjoying every bit of it. Even if I am exhausted at the end of the day, I know I’m learning valuable skills that will help me in the rest of my career.”

“It’s really chill. There are cubicles around the outsides of the room (where all the editors work), a big drawing table in the middle (where the editors gather to look over the final versions of the copy before it’s sent to the publisher), and the interns’ desks pushed up against the only other available wall. It’s close quarters, but it’s good for unity of the group; people yell at each other across the room when they have a question about the spelling of something, or to comment on a funny picture that a source sent.”

“Through this internship, I am able to see the ins-and-outs of magazine publishing. My dream job is to be an editor for a travel or lifestyle magazine, so this is a trial run for me.”

“I wrote a short article on the Alaskan fishing scene and what events surround the season. It was really interesting to talk to the people from some remote towns in Alaska to get a sense of what the industry is like there and to see how excited they were about it. The clips I wrote will be published in the May issue of the magazine and are not available online yet, but when they are, you can find them at paradigmcg.com.”

Is there anything else you would like to add?

“To all the students looking for internships, don’t be afraid to talk to your classmates about it. They might have some really great ideas for places you can apply!”