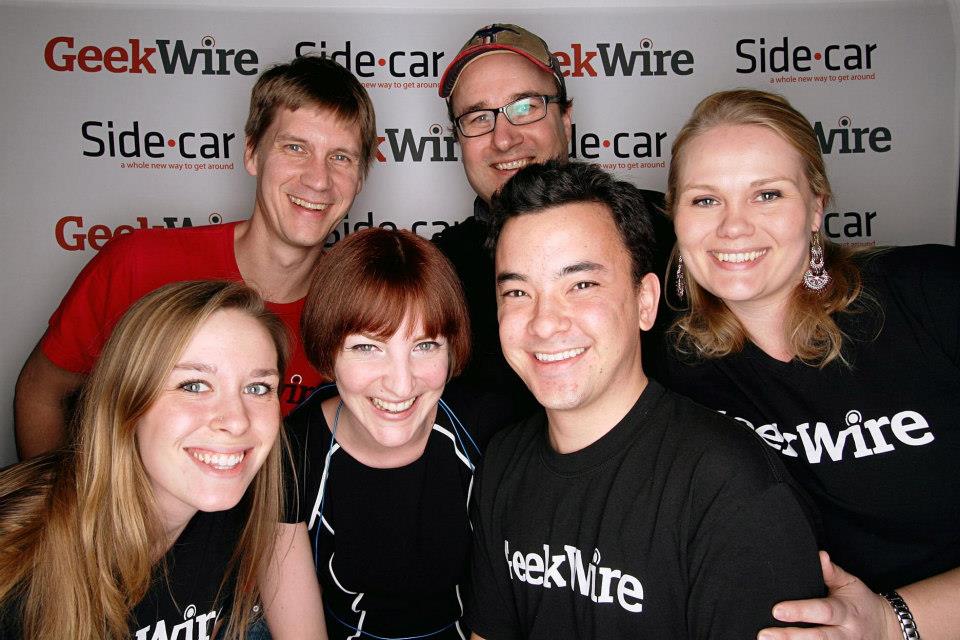 “I wrote two to three stories per week for GeekWire… Most of the stories were about local tech-related events and people. The average week looked like this: I would write one tech feature, one Nerd Notes, and one Startup Spotlight. GeekWire describes Nerd Notes as a ‘roundup of random geekiness from around the globe.’ It’s basically just a bunch of quirky and fun tech things going on in the tech world. Startup Spotlights usually feature budding local tech startups that have something to offer.”

“My development editor at The Daily, Taylor Soper, posted on The Daily Facebook page about it, so I contacted him. Taylor graduated last year and works full time for GeekWire now.”

“I actually didn’t apply. I met Taylor for coffee once to chat about it, and soon after, he contacted me to let me know that GeekWire would like to have me as intern.”

“Interning at GeekWire was so different from other journalism experience I’ve had. It was really a whole new world. I was used to working for a paper. The biggest difference was obviously that it is an exclusively online news source; there is no print form. Additionally, I hadn’t had much experience writing about technology, so I learned a lot about what was going on in the tech world. I’ve always been interested in technology, but interning at GeekWire opened my eyes in regards to how much important tech news there is all of the time.

“John Cook and Todd Bishop, the founders and editors of GeekWire, are really well respected in Seattle’s tech community. This allowed them to develop a pretty significant following in the area and beyond. GeekWire is almost like a hub for local tech startups. Because of this, they get really good turnouts at all of their events.

“That’s the other really awesome thing about GeekWire — the events they put on. They have networking events pretty frequently for tech companies and startups around Seattle. I went to GeekWire’s Anniversary Ping Pong Bash, which was a blast. Participants enjoyed food and drink and battled each other in intense ping pong tournaments. One company even flew in a former Japanese national ping pong champion. My job at the event was to tweet about all of the GeekWire sponsors that were present from the GeekWire Twitter and to take photos. GeekWire actually makes most of its money from events and sponsors, not advertising — another thing I found interesting and different from traditional news sources, such as newspapers.”

“I don’t think so. I just wish I would have had a less busy schedule so I could have spent more time writing more stories.”

“The working environment is very friendly and relaxed. It’s also really small. GeekWire is located in Ballard in two very small offices. The staff is pretty lean. There are only six full-time employees. Why spend more money than you need to though?”

“I think GeekWire is, in large part, what the future of journalism looks like. It opened my eyes to how important technology is becoming, both in the news and in the journalism field.”

“I was on a Podcast! (Scroll to the bottom of the page to listen to it.) Another thing I found really interesting about GeekWire is how many people use Twitter and Facebook to repost articles. My first article, which was about new UW startups, got over 100 ‘likes’ and over 50 tweets in a matter of an hour or two.”

*Lily is now an intern at The Seattle Times.