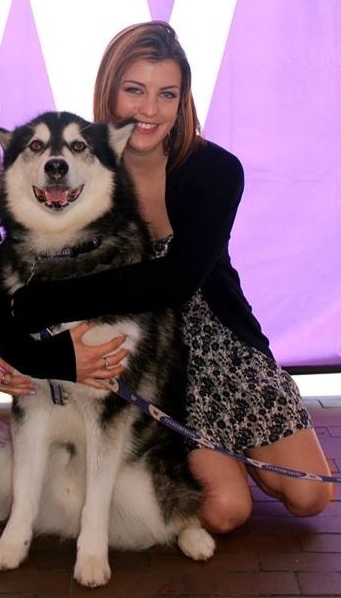 Alyssa Keehn, like any soon-to-graduate student, was anxious about finding a job for after classes end and the real world hits. So much so that she enrolled in a 30-day hot yoga challenge back in February to calm her nerves and channel the stress of uncertainty. But her worries were lifted when the University of Washington Club dug up her resume from two years prior to ask if she’d be interested in a position.

“For me, as someone who graduates in June and is sort of overwhelmed by what to do after I graduate, this was like a beacon of light,” Keehn said.

Keehn had interviewed for an office assistant position at the UW Club her sophomore year, but ended up not getting the job as she was leaving the following quarter to study abroad in Italy. However, she remembers liking the people she met with and the overall atmosphere of the Club, which she hadn’t even known existed before. She worked retail jobs during her time as a student, but called back immediately when she received a somewhat random email from the UW Club about a position as the Catering and Events Coordinator.

“The email said, ‘I hope you don’t mind me reaching out to you like this, but I held on to your resume from your interview a few years ago. We have a sales and marketing position opening up and I think you’d be great for the job,’” Keehn said.

She was hired on in April and needless to say she is excited to only focus on her new job, as doing school at the same time makes for long days. Her duties include handling inquiries about catered events (weddings, Bar Mitzvahs, UW Department gatherings, etc.), acting as a liaison between the kitchen staff and the service manager, being a hostess on Fridays and bartending during some events, increasing the Club’s online presence by revamping its Facebook page, and to process membership applications.

“I see the Club being a really amazing learning experience and I am so grateful that I could find a job before graduation,” Keehn said. “It has been hectic with my school schedule, but I would rather be super busy now than to still be stressing about what I was going to do.”

Although many of her friends are looking to get out of Seattle after graduation, Keehn said she is happy to stay in the big city and continue to take advantage of the opportunities here and the youthful culture.