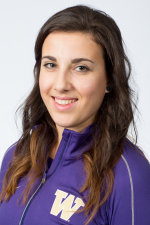 Undergraduate journalism student Ruth Whyman’s Twitter bio sums it up nicely: native brit, studying journalism, rowing at the UW, and on the road to the 2016 Olympics. She makes it sound easy, juggling school and a full-time training schedule, but the path to the Olympics won’t be easy.

“I go through ups and downs with it,” Whyman said. “Is it really what I want? Am I just rowing because I don’t really know what other direction I’m going in? It’s a confusing, constant battle to try and convince yourself to give up that much of your life to something so early on, but I imagine looking back and not having given it my best shot and really regretting it.”

Whyman doesn’t want to wonder “what if?” or have to tell her children “I could have been” in the future, and it’s often the adrenaline that pushes her through.

“I get this buzz,” she said, “like butterflies in my stomach and goose bumps everywhere watching it on TV and when I’m in the middle of a race. I just thrive off it, I love it. And I think I would be cheating myself if I didn’t really give it a chance.”

Whyman is from Gloucestershire, England and began rowing at age 11. She had always been athletic and went to a school that encouraged extracurricular activities. When she was making the shift from primary to secondary school, she decided to go for a sports scholarship. If it wasn’t for a perfect stranger, she may have never even tried rowing.

“I was trying out various things because I also did field hockey and netball,” Whyman said, “and a random parent of another girl who was also going out for a scholarship told my dad, ‘I’m a member at the local rowing club. She’s tall and athletic, you should come down and try it out and see how she does.’ Never knew his name, never knew his daughter. Went down and never looked back, and here I am.”

Whyman never expected that her rowing hobby would land her halfway around the world. She was recruited by UW Director of Rowing and the women’s head coach Bob Ernst after the 2010 Junior World Championships, where her boat took home the gold in Račice, Czech Republic. 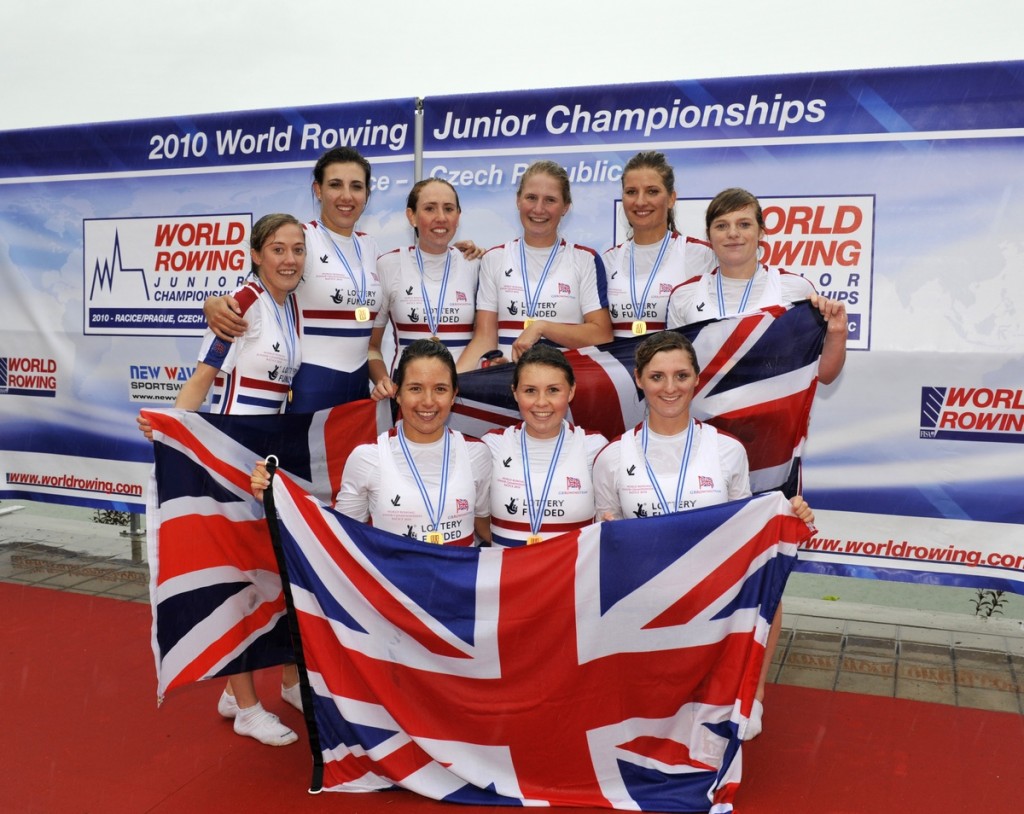 Ruth Whyman (top row, second from left) with her team after winning the 2010 Junior World Championships. Photo via britishrowing.org.

“That’s a category in rowing in the world for 18 and under and she was a world champion before she came to the University,” Ernst said, “and certainly in the rowing program at the University of Washington, we are looking for the best athletes in the whole world to represent the University.”

Whyman came to Seattle for a short visit while she was taking a break from school and training full-time. They decided it was a good fit and she has been rowing in the first varsity boat ever since.

“It was a really quick decision. In September, and even October, I didn’t know I was coming out here, and then on December 26 I was at winter training camp with the Huskies,” Whyman said. “I actually think it was better that way because I didn’t have a lot of time to think about it and I made a decision based on adventure, what would be best for my rowing and my school at the same time, and I honestly think this is the best place to get the best of both worlds.”

Whyman isn’t the only international student on the team and they all bring unique experiences to create a cohesive unit.

“We’re really blessed with the foreign students that we have right now because not only do they bring another culture and theme to the University, but they bring a different perspective,” Ernst said. “It’s fun to see what their backgrounds are and how their family lives have come about, and I think it’s nothing but a great mix and a great fit for our students that live right here in Seattle and Western Washington.”

One aspect of the UW that Whyman liked was the flexibility to try out different academic subjects since she had no clue what she wanted to do. In Great Britain students enter a university already having declared a major.

“I was excited by the fact that I could try lots of subjects and just figure stuff out a bit more,” Whyman said. “I needed more time because I was originally going down the medicine route up until about 17 or 18 and it just wasn’t for me. Washington gave me that opportunity to explore.”

Whyman said rather than choosing journalism, she was just drawn to it based on her skills and what she enjoys: talking to people and finding out what they’re about, writing, and thriving off of organization and deadlines.

Although stressful at times, Whyman said, “It’s pretty rewarding and I love seeing the final product of turning in an article and seeing it get published. But I’m a big believer in that you can only do two things well at any one time. My dad has always said that to me, so I’ve got school and rowing.”

Whyman is taking the academic side of things a quarter at a time, while maintaining an intensive training schedule.

“The average student has no idea how hard it is to be a student athlete,” Ernst said. “The rowers work really hard. They’re out there in January and February on Lake Washington while everyone else is huddled with hot tea around a fireplace. They’re working six days a week, sometimes more than once a day, and just get really tired and beat up doing that. And yet, still about 60 percent of the student athletes on the rowing team are on the Dean’s list and we’re really proud of that.”

Whyman’s day starts at 5 a.m. every day to get ready for morning practice. Classes are in the afternoon and then more often than not, she’s back out with the team around 3 p.m.

“There are lots of people that are looking to take this further and we’ve put ourselves in the position this year where we’re really in the running and we train like professional athletes,” Whyman said. “So it’s not just practice once or twice a day, it’s all day, every day – you’re thinking about rest, food, recovery. When I get to Friday, every step from the boat house up to campus, I think ‘Oh God, death would be less painful.’”

The UW women’s crew team competed in the NCAA National Championships last weekend in Indianapolis, placing fifth in the grand final with Ernst, who has been coaching rowing at the UW for 40 years, behind them.

“She is a very powerful rower and she’s very good,” Ernst said. “With people as blessed as Ruth is athletically, it’s just a matter of personal motivation and how well her body holds up. She’ll represent Great Britain in the Olympics one day, she’s that capable.”

Next, Whyman is on her way home to train with the Great Britain National team for the Under 23 category. While it is difficult juggling the full-time training schedule of being on a National team, she hopes to continue finding chances to write.

“I’m not scared about taking opportunities when they come to me, so I’ll be asking around in the media department at junior rowing and I’ll be on the phone asking people if they want me to write for them,” Whyman said. “I’m very lucky that I have a supportive family unit who want me to fulfill my dreams, so they’ll be there for me in whatever I decide.”