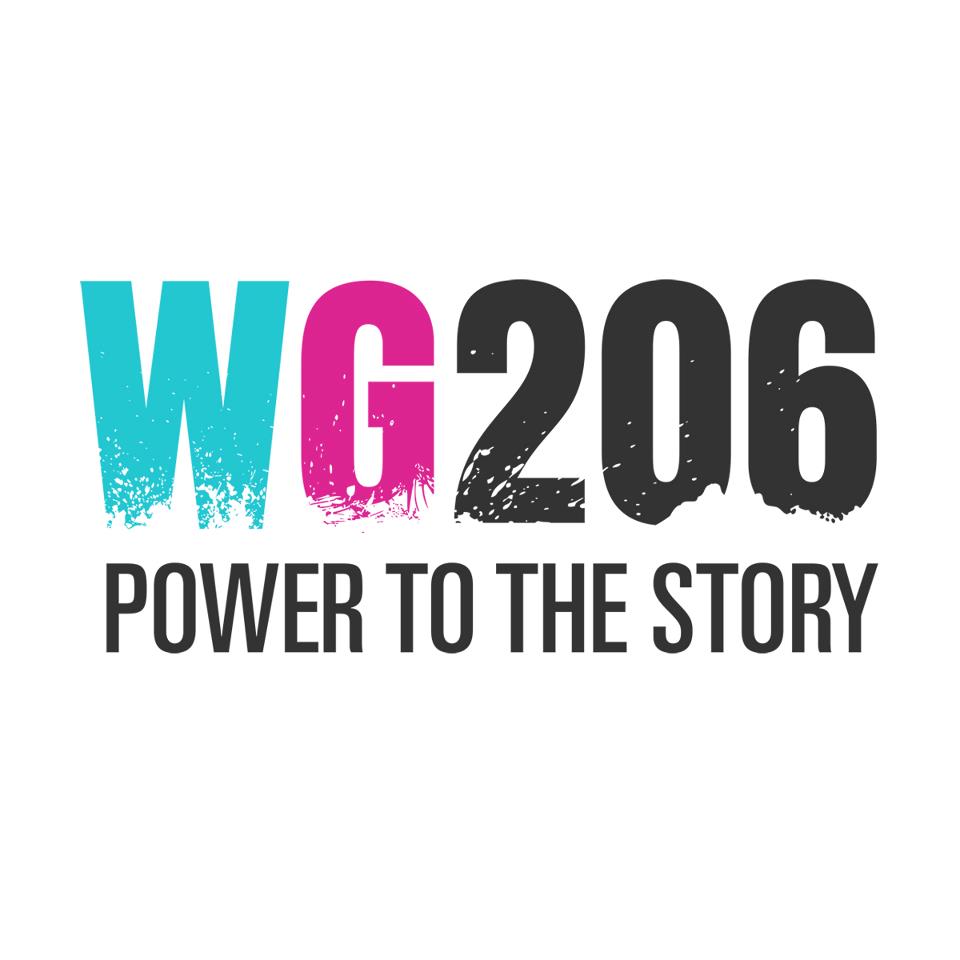 As a young filmmaker, Austin Williams, who is also a University of Washington student majoring in communication, said he could feel the “sobering reality of how negative our generation is perceived.” Instead of simply taking the heat, Williams created a nonprofit youth organization called What’s Good 206 that connects communities with an audience through digital storytelling.

“It seems like from books, articles, and mass media [that my generation] was being casted as entitled, apathetic, disconnected, and cold,” Williams said. “So at first the idea was to just shine the light on young people doing positive things to change the dominant cultural view, but as we progressed we learned that people are really hungry for positive stories, not just about young people.”

The stories may be told through a youth lens in the form of an online video magazine, but What’s Good 206 tells a range of stories that are not often covered by the mass media; and a second component was added to the organization that helps the next generation of media makers.

“Along the way, we realized we have an opportunity to advance the field of media by mentoring and training youth and young media makers early,” Williams said. “Now we are a combination of all of these aspects of our journey. We tell positive stories about the ‘206’ from a youth lens, and these stories are meant to inspire, inform and engage all people, not just young people.”

Scott Macklin, the Associate Director of the Master of Communication in Communication Leadership program, was brought on board after he met Williams at the Seattle Next 50 Story Runs Through It community film celebration (of which Macklin is Chair). As part of What’s Good 206’s advisory board, Macklin has hosted training sessions to help with story construction, story development, and production cycles. He also is aiding with the formation of funding proposals and creating a sustainable vision for working with high school students that is relevant culturally and pedagogically.

“What I see What’s Good 206 doing is really in this hybrid moment of being a production service for stories in communities that need to be told that aren’t being told, but it also at the same time becomes a training facility for those neighborhoods to take on the ability to be embedded documentarians and curators over their own stories,” Macklin said. 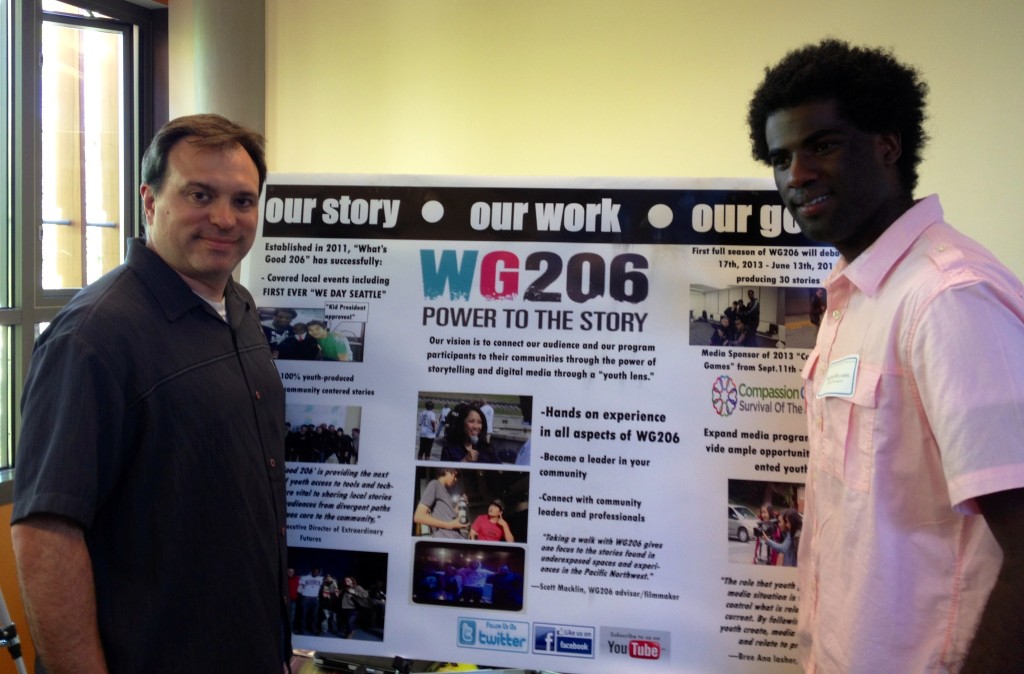 Although Macklin sees the importance of working with all age groups, he said the youth are important because they often don’t have access to the tools, resources, and training to create equal opportunities in making these stories.

“It’s exciting to work with the next generation of story makers who in some ways don’t know what they don’t know and therefore aren’t afraid of a little bit of chaos, have a tolerance for ambiguity, and are realizing what it’s going to take to reinvent, transform, and come up with new modes of storytelling,” Macklin said.

One of those mentees is Starla Sampaco, a student who attended Newport High School when joining What’s Good 206 in January 2012. She is now a regular on the show as a senior host and will be a freshman at the University of Washington in the fall.

“I have known that I would have a career in journalism for over ten years, but I didn’t know how to gain experience related to broadcast journalism until I began hosting for What’s Good 206,” Sampaco said.

While wanting to become a broadcast journalist since the third grade when she saw news anchor Rudi Bakhtiar on CNN Headline News, Sampaco has also spent six years training as a competitive ballroom dancer and currently holds the title of Miss Seattle Teen USA 2013. Although What’s Good 206 is a completely volunteer organization, she said she continues to do it because the skills she is learning will help her career.

“The crew at What’s Good 206 works really hard to produce these episodes,” Sampaco said. “So much planning and time is involved, and it can be stressful at times… If our episodes inform and inspire our viewers, then we have done our job. I want our audience to have a new awareness of the community they live in after watching.” 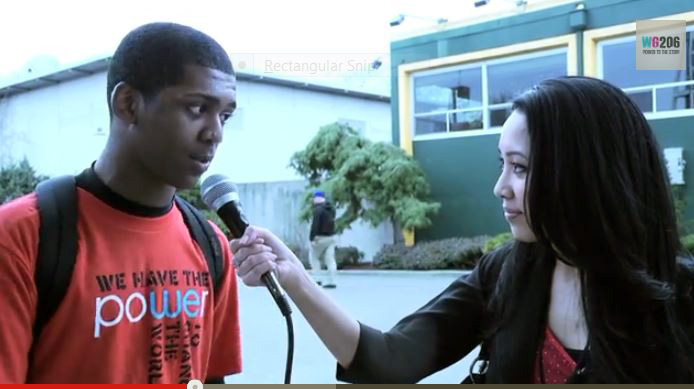 The interviewing and public speaking experience is a more expected gain from being a part of What’s Good 206, but Sampaco said that she is also learning how to communicate with and be a part of a small team of news makers. Fellow project host and reporter Taylor Winkel thinks that everyone should find a nonprofit to work with that is inspiring to them.

“Finding What’s Good 206 has been awesome because in the future I would like to go into news broadcasting,” Winkel said, “so this program directly relates to my future career. There are not many programs in Seattle that put amateur reporters in front of a camera.”

As a journalism major at UW, Winkel’s main goal when creating a story is to find the truth and an angle to connect it to the community. She joined What’s Good 206 about three months ago after meeting Williams at an SPJ meeting. She connected with Williams’ vision for the program and decided to get involved.

This connection was made possible by Christopher Duclos, who serves as the president of SPJ and recruited Williams to be a member. Duclos is now doing public relations for What’s Good 206 for the sake of the cause.

“I wanted to get involved because of the opportunity What’s Good 206 provides as an organization,” Duclos said. “You really get in touch with the community in a different way and promote the goodness in people. To me that’s worth more than money. It gives us credibility as young journalists to be involved with this kind of thing because it’s not very common.” 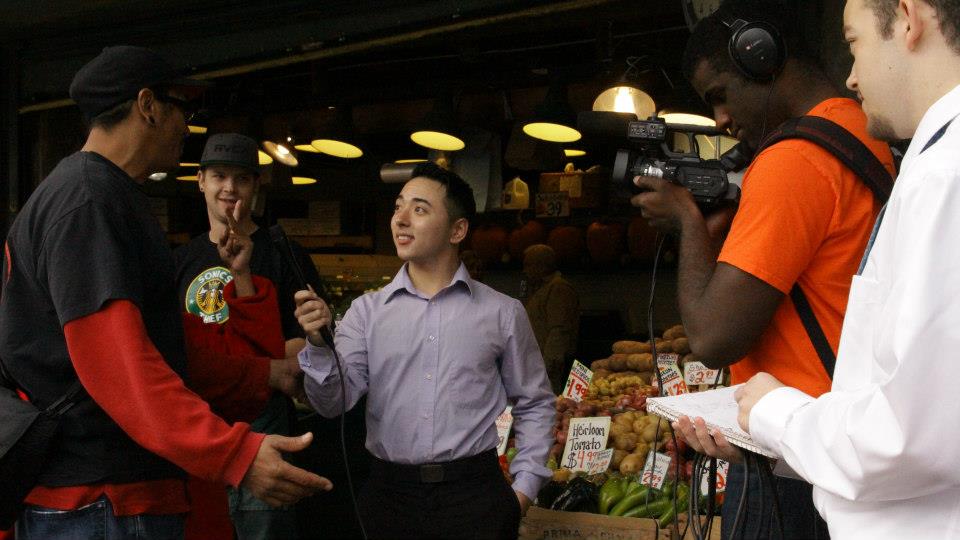 Since the inception of What’s Good 206, the team has produced more than twenty stories, a media camp that lasted 10 days, and has provided media coverage for several events. They have won two awards for their work in the ‘206’ community, and hope to produce 30 community-centered stories in the 2013 to 2014 season beginning in September.

“The ultimate goal is to turn What’s Good 206 into a digital media platform that tells sensational stories and provides youth with the opportunity to grow and learn media making skills,” Williams said. “And the only way to accomplish all that is to take What’s Good 206 to the moon and widen our impact.”