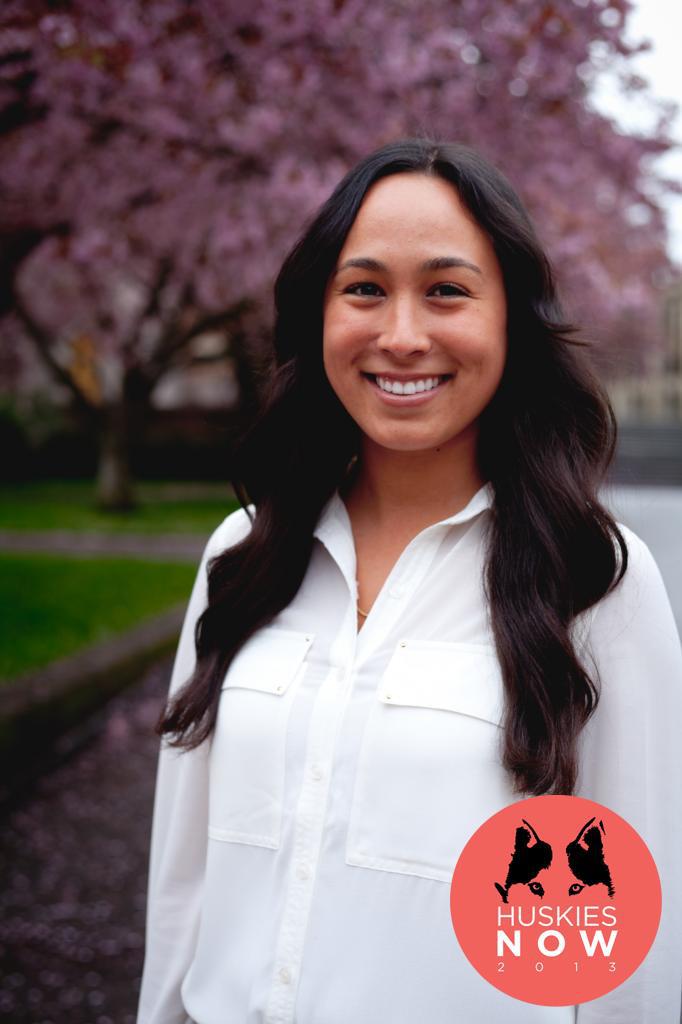 Kelli Feeley has found herself in many communities around the UW campus, starting out on the women’s tennis team her freshman year and living in the resident halls, before joining the sorority Gamma Phi Beta the following year and becoming a communication major. Although she never expected to go into student government, she will add ASUW to her list of communities as the Director of Programming for the 2013-14 academic year.

”We’re here for four years, so I just want to get the best and most full experience as possible,” Feeley said. “Finishing out my time here on ASUW will be amazing.”

Feeley’s main duty will be to plan, organize, and oversee all events on the UW campus. Rainy Dawg Radio, Arts and Entertainment, and the Student Health Consortium are three entities that she specifically serves, and the major event that she heads is homecoming.

“I want to make homecoming weekend into an alumni weekend because in the past I’ve heard that homecoming was such a big deal,” Feeley said. “The whole family tree would come, there was a parade, and I think it’s kind of lost those traditions throughout the years. I really want to re-implement that into it.”

Feeley was elected in May after a four month campaign with seven others on her ticket. She has already begun planning and talking to organizations like the Residence Hall Student Association (RHSA), the UW Alumni Association, the Interfraternity Council (IFC), and PanHellenic in preparation for the big weekend.

“I didn’t really know how hard it was going to be and how long, but it was absolutely worth it,” Feeley said. “I had the most wonderful ticket in the world. Everyone was so encouraging and supportive, and we had a lot of fun along the way.”

This summer Feeley is juggling ASUW, working as a stylist at Free People in University Village, and doing a marketing and social media internship with a real estate firm. Although a little nervous about fitting everything in, she will sneak in a two week vacation to Spain with her family before recruitment starts for her sorority.

“This is how it’s going to be in the real working world,” Feeley said. “I just need to have great time management and organization – skills that I’m going to need for life. I might as well get them started and perfected here.”

While she has found a knack in event planning, working with Free People and being the Vice President of Public Relations for her chapter in the Greek community, she came to the UW wanting to be a physical therapist. After competing in biology, chemistry, and physics classes with pre-med students, she quickly changed her mind.

“I’ve been so happy with [the communication major] ever since I switched because I think everything you learn no matter the communication class is so applicable to life,” Feeley said. “You need to have exceptional communication skills in order to successfully function in the working world and even just communicating with people on a daily basis is really important.” Marketing has always been her second option, so she is taking classes to earn the Sales Certificate through the Foster School of Business as well. While continuing to narrow her focus in the fields of sports, fashion, marketing, and event planning, Feeley’s dream job is to be an international clothing buyer.

“This sounds so cliché, but I’m really into fashion,” Feeley said. “I really like shopping but it’s not necessarily about the most expensive thing. I have a pretty eclectic taste.”

As a native Newport Beach girl, Feeley has become fond of the Pacific Northwest. When she’s not working or in class, you may find her strolling around Green Lake with friends or running to Gas Works Park.

“After freshman year I thought about transferring and it’s just insane how far I’ve personally come since then,” Feeley said. “It was a big switch coming from California to Washington and I’ve grown to really love this state.”