Undergraduate student and world traveler Devon Geary has been in Cambodia for a couple weeks now on her Foreign Intrigue Scholarship trip, where she is reporting for the The Cambodia Daily in Phnom Penh. We received this photo and a few words from her during a side trip to Angkor Wat last weekend: 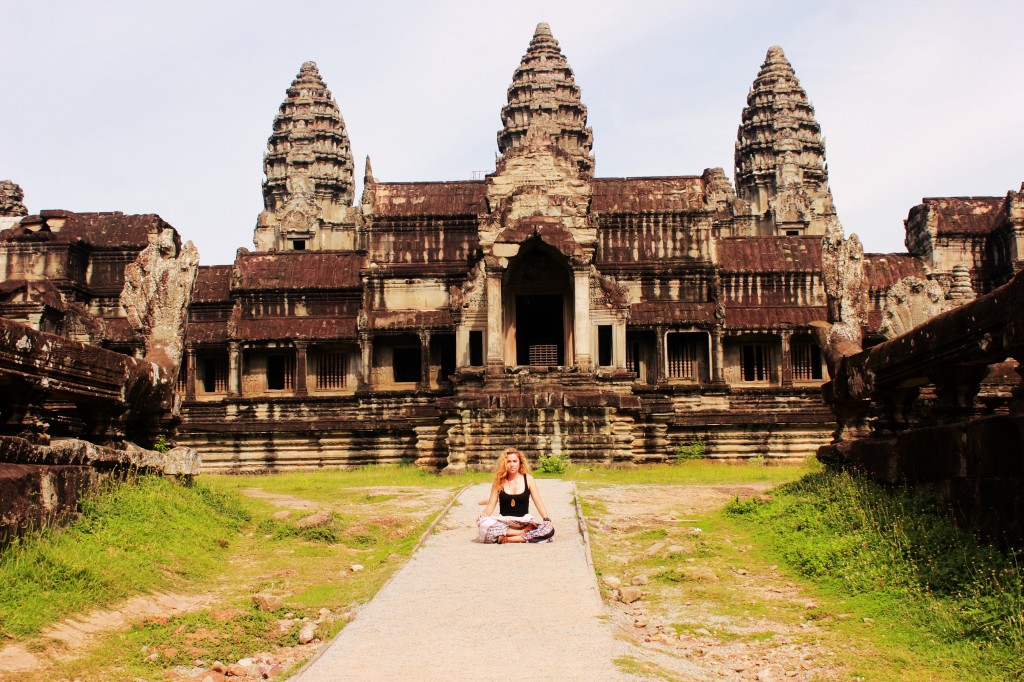 “At Angkor Wat, we alluded the ravenous, wild tourists and escaped to an empty spot behind the temple. Maybe it was all that incense…but I was unprepared for the euphoria your body feels exploring the grounds. This picture would have been better with one of the nearby forest monkeys but, unfortunately, most have herpes B – which according to Hall Health can turn your mind to a literal goo after one love-bite. So this will have to do.”

While she has been away, we also received word that Geary has won the first ever Capitol Hill Times scholarship, an annual $1,000 award given to a prospective reporter:

Geary has continually proven herself as an up and coming journalist during her time as an undergraduate student in the Department of Communication, winning numerous awards and participating in programs to further her career. Here’s her thoughts on being awarded her latest scholarship from the Capitol Hill Times:

“It is both empowering and comforting that, as the journalism industry transforms – and new reporters feel like they’re standing on this transitioning, shaky ground – there are generous newspapers willing to invest in our futures. Plus, the Capitol Hill Times newspaper is a very current, respectable news source – riding at the top of the industry’s wave of change – so if its staff believes in us, we really do have a shot.”