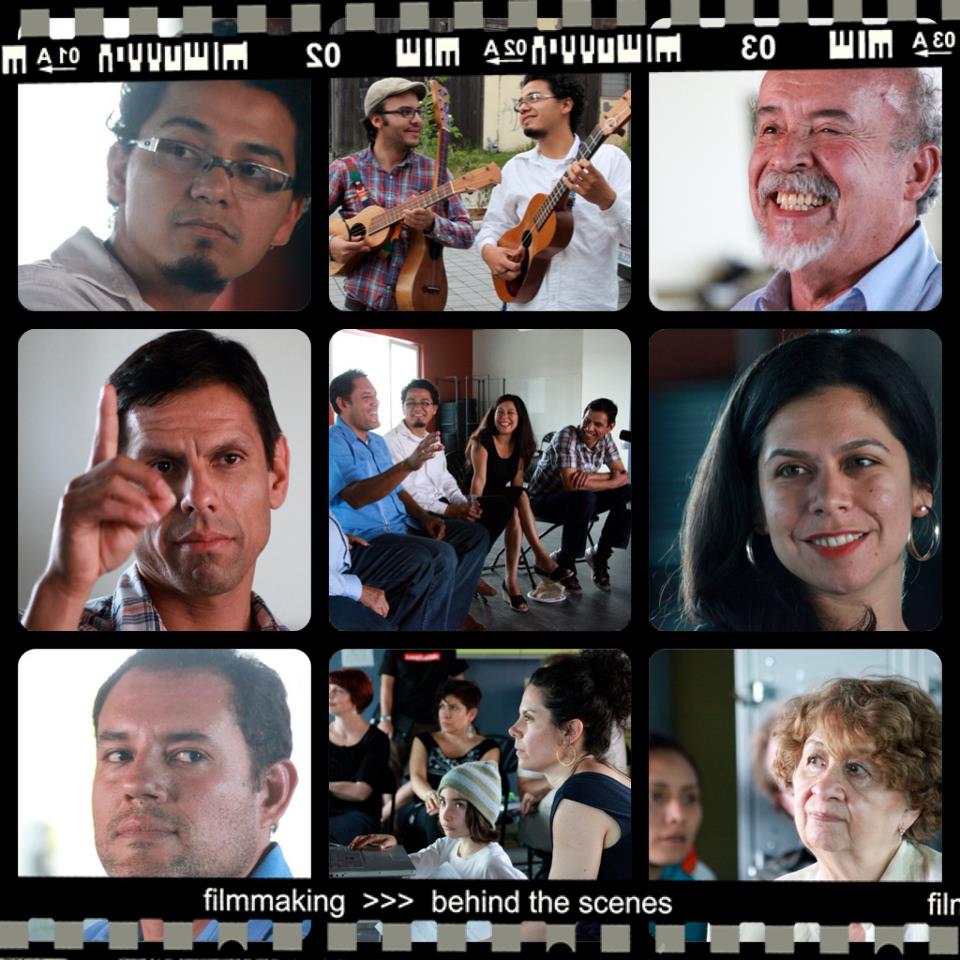 Scott Macklin, associate director of the Department of Communication’s Master in Communication Leadership program usually spends his time behind the camera when documenting the Seattle Fandango project and activities over the past few years.

This changed, however, last year. Participants asked him, “When are you going to put the camera down and pick up the jarana?”

The Fandango is a 400-year-old tradition from Veracruz, Mexico, and is used as a means for community building and as a mode of communication. A jarana is a guitar-like device that is one of the main instruments in the musical style of son jarocho.

The heart of son jorocho is the idea of participatory music, where everyone takes part and collaborates, instead of just performing. It’s based on the idea of convivencia – that living and being together helps build the community.

“Some people call convivencia a party, but it’s really a celebration of life,” said Macklin.

In May of 2013, Seattle Fandango project held The Encuentro Fandanguero del Northwest which was the first of its kind in the Pacific Northwest, and takes after the original model of a Fandango celebration. An encuentro includes talks, roundtables, and music and dance workshops, according to Macklin.

“We all have put together fandangos and have been committed to that way of life, but it’s not often that we all get to sit in a room and shoot off ideas and concepts about why and how it is that we do these things,” said Quetzal Flores, one of the founders of the Seattle Fandango project, in a video interview with Macklin. “So I think we’re able to share a lot with each other this time around.”

Macklin began filming the movement when artist-in-residence Son de Madera visited from Veracruz in the fall of 2010. After this initial set of events, he was hooked and continued to film the project.

The Seattle Fandango Project joined this revival of the Fandango as a way to build the community and connect Seattle to the larger Fandango movement in the U.S. and Mexico, according to its website.

When members of the movement kept nudging him to play, Macklin was hesitant. To him his talent wasn’t music, it was storytelling.

“They said, ‘Haven’t you been listening to anything we’ve been saying?’ Everyone participates, everyone plays; you participate and play at the level (you) can,” said Macklin.

Ramón Gutiérrez, luthier and member of Son De Madera, made Macklin his own jarana, which is where his participation in front of the camera began.

“One of the ideas put forth that I really gravitated toward and sort of utilize in different spaces is the idea of consensus through participatory democracy,” said Flores. “And not just this idea that one has a right to vote, or the right to participate, but more of a responsibility.”

Macklin’s initial involvement with Fandango started when he was invited to sit in on a meeting hosted by the American Music Project of Seattle (AMPS). At the meeting they discussed how to document and present the ideas through video and sound around the emerging Seattle Fandango Project. The Seattle Fandango Project has brought many artists and activist to Seattle to help with the growth and development of the Fandango community.

Many ideas taught within the Communication Leadership program overlap with ideas behind the Fandango. Students focus on communication engagement strategies from a digital media side and how they can work in collaboration with a social ritual side, according to Macklin.

“[In the Fandangos] they use the tarima, which is the wooden box you stomp the rhythms on and the jaranas, which are the string instruments, and your voice to do the sung poetry,” said Macklin. “That music becomes a form and a social ritual and a technology for engagement.”

In one of Macklin’s storytelling classes within the Communication Leadership Program, the class took on SFP as a client and documented the project through film, learning new aspects of storytelling in the process.

Macklin calls this approach “community centric storytelling.” The idea is to make stories with people, not just about people, and the process is rooted in what he calls “deep hanging out.”

He started “deep hanging out” with SFP with his camera and now he can be found playing the jarana at as many weekly practices as he can make it to.

“It emerged into playing the instrument to get a better understanding and feel for this centuries-old tradition of music, that’s also vibrant and organic and living today,” said Macklin.