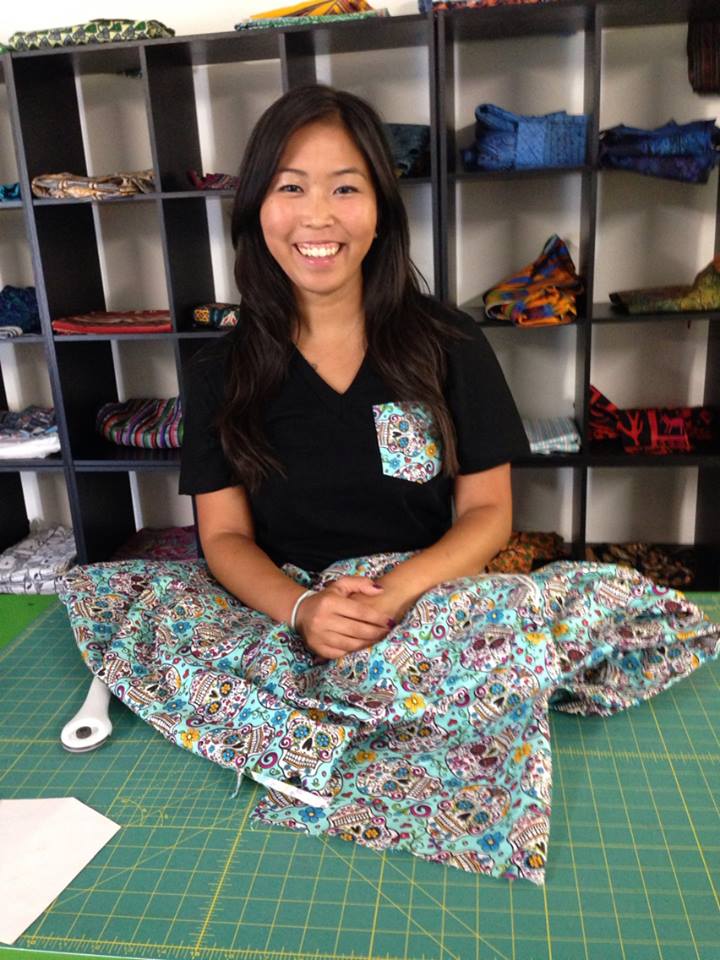 A simple white or black T-Shirt is brought to life with a colorful pocket. At first glance it may not seem to be more than a cool top, but each piece of fabric is linked with a cause.

Serengetee, a company launched by three college students in a dorm room in spring 2012 after returning from studying abroad, has spread internationally with a mission to “connect people to the globe through fabric while giving back to the communities that inspire our products.” Each shirt has a pocket that is made from a unique fabric, representing a city or town that is connected with a cause.

For instance, choose the pocket that represents Ashanti, Ghana and five percent of the proceeds will benefit City of Refuge, which works to liberate children from modern-day slavery by giving them a home and education. Or choose the pocket that represents Java, Indonesia and money will go toward the Babali Foundation, a nonprofit organization that helps hundreds of weavers who live in remote, under-developed villages turn textiles, crafts, and other expressions of their local culture into badly needed income.

These are just two of the 32 local and international causes that Serengetee works with, spanning 28 countries with representatives all over the nation.

One of those representatives is senior Communication student Kayla Kato. She joined the cause in May as a Hometown Rep for the West Coast. In September, her role shifted to being a Campus Rep for the University of Washington.

“One of our sponsors is Jimmy Tatro; he’s really popular on YouTube and I’ve been watching his videos for a few years now,” Kato said. “He wears Serengetee shirts in his videos because one of the founders went to University of Arizona, which is where Jimmy went.”

The shirt caught Kato’s eye and she followed the link in the video description.

“I went to their website and Facebook and saw that it was more than a cool shirt,” she said. “They have a cause behind it. And it really caught my attention that it was college kids doing this.”

Over the summer, Kato visited the Serengetee headquarters (which has moved out of the dorm room) while she was in California on a family vacation. She met two of the founders and got to see where and how the shirts were made.

“Ryan [Westberg] and Nathan [Holterman] are the most down-to-earth people. I know people like to say that about people, but upon meeting them, you would never have imagined that they had this crazy business that spread like wildfire in the past year,” she said. “You always hope that something you start will grow that big…but I think that they just knew that this is what they wanted to do.”

Kato is part of a seven person team of UW volunteer representatives. They run the campus social media platforms for Serengetee, with incentives like merchandise discounts, chances to win prizes, and optional projects. Although they can make commission, their main goal is to make people aware of the product.

“I’ve learned a lot about social media and how to connect with people,” she said. “They’re more than just their Facebook and Twitter profiles, and I understand what people are going to hear and how they will interpret things.”

The UW Serengetee Facebook page has surpassed 100 likes, with the main profile steadily increasing past 90,000 fans. The team uses Twitter and Instagram as well to reach out to potential customers.

“My goal for the fall rep program is to really get those pages up and running, and get more involved in the UW community to see what we can do,” Kato said.

She said the public speaking courses she has taken through the Department of Communication has helped her be knowledgeable about the topic and able to speak about it. Beyond graduation in the spring, Kato hopes to put all of these skills to use by finding a job in social media marketing.

“Social media isn’t a task for me, it’s something that I like to do and it comes naturally to me,” Kato said.