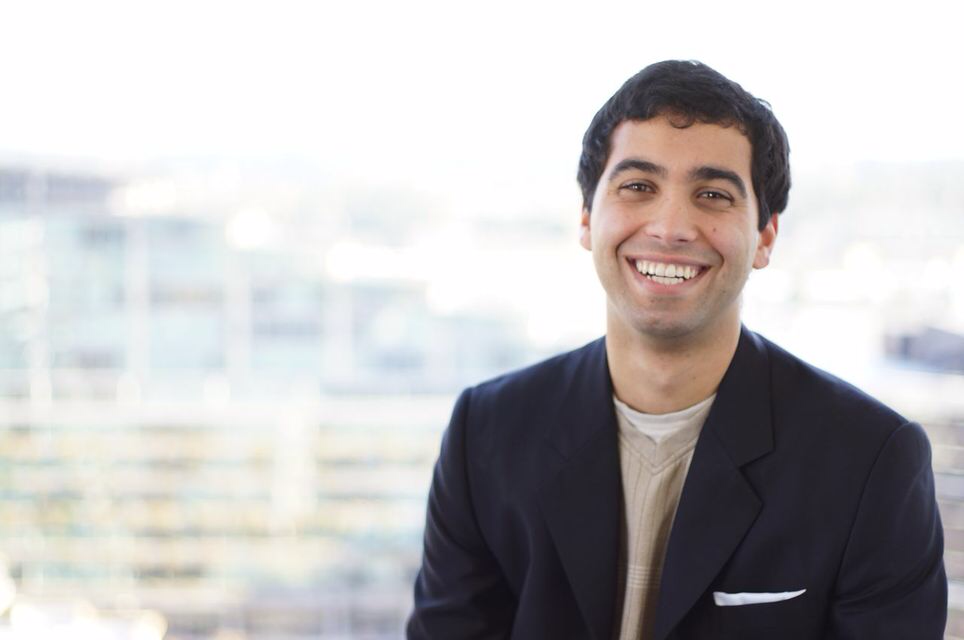 Alex Diaz (B.A., 2012) was the first in his family to go to a university. Admittedly slacking off a bit in his first two years while he was figuring out what he wanted to major in, Diaz took a Communication course and ended up really liking it. He took more classes and joined PRSSA, Sales Club, and UW AMA (American Marketing Association) to get more involved. He found the most passion in what he was doing for UW AMA, and helped revive the club from $15 in their bank account as VP. In four months they raised $3,000 and took the organization from an unknown to winning the Dean’s Award the year Diaz graduated.

Taking that experience with him, here’s what he has been doing in the professional world:

“After gradation I ended up doing a three-month internship to get my feet wet in the digital marketing world with a global advertising firm called Razorfish. Not long after my internship I moved into an account management role with global advertising firm, Wunderman, with Microsoft’s Surface brand. After 7 months with Wunderman I took a dream opportunity as a Product Marketing Specialist for Xbox with a marketing consultation firm called Projectline, where I manage a team of four and Xbox’s creative content initiatives in the digital space. During my time after college I’ve also organized two Startup Weekend events (one focusing on TechEd and another on UW students), as well as one TEDx event where I played the role of Marketing and Communications Chair for all three.”

“Every morning, usually I’m in a war room, where we have a meeting with all the stakeholders (people that are in charge of all the agencies that are working together) and they give us a battle plan for what is happening that week. Every week is completely different. I then have a meeting with my social media team, my creative team, and some of the other project managers to run a plan for the day. For instance, for the social media team, how should we stir the conversation toward a certain light when the Super Bowl was coming up or focusing on hashtag usage when we launched the Xbox One. Every day is a quick strategy plan and the rest of the day is execution.”

How did you find that job?

“What motivated me to become a Communication major was that I knew I could make it applicable to a professional career. I networked any time a professional came to speak in class or at a club meeting by giving them by business card that I made from my own budget or asked them for their email so I could take them to coffee or lunch. By doing that, I built my own professional network and got to see the world more realistically. It sounds cliché to say that networking is how you get the job, but honestly you have to put yourself out there and it has been an amazing value to my professional career to know the right people and making sure they know I’m out there.”

“Beyond traditional networking, the biggest tip is having a very clear public profile and being very careful with your social media outlets. Know how you want to be perceived as a professional, put it out there, and then the hardest part is getting your face in front of professionals. Most people are willing to help, you just have to ask.”

What is the single most important thing to do while in school to prepare you for the real world?

“Be prepared. Classrooms are great to understand verbiage and concepts, but what classrooms lack is teaching the realism of work environment. Work environment is nothing like school – you really do need eight hours of sleep or you will not last. You need to know how to apply what you’ve read, be mindful of what people are thinking and learn how to work in teams. The most beneficial things that I could have utilized were case competitions, public speaking opportunities, and class projects.”

Now that you’ve had some time to reflect on your time at UW, what advice had you wished you received while in school?

“Start early. I think one of my major regrets is not taking my junior year super seriously. I didn’t start looking for jobs and internships until my senior year, where a lot of my friends had jobs lined up by that time. It’s fine to feel things out freshman year when everything is new and you are trying to figure a lot of things out, but it moves really fast. Work doesn’t really care about what you did in college, they care about what you can produce from college, and I wish I started earlier.”

“I hope to be in a position where I can manage a small team – I gain a lot of value managing a small team and it’s not because I run people but it’s that you are forced to be responsible to people that trust you and in return you have to trust them. It’s a big lesson in life and being a leader. I hope to continue to be in a situation like that where I gain from the people I work with as well as teach them. But I also hope to work with a product or campaign that I know will be beneficial to others. Xbox is great and fun, but I hope to do something that I know has a really high impact and value for other people. That’s definitely a dream. For example, a current passion project of mine that fits that bill involves connecting recent graduates with jobs.”

“I would say, if you aren’t already involved in a club to jump on that. It’s definitely a lot of after-hours when you want to just go eat or take a nap, but the rewards from it are really great. There are fun happy hours, networking events, you get to meet professionals, and hang out with like-minded people. The biggest thing for me was hanging out with people who were just as motivated as I was to graduate and work somewhere awesome. Those guys drove me to be better and vice versa.”