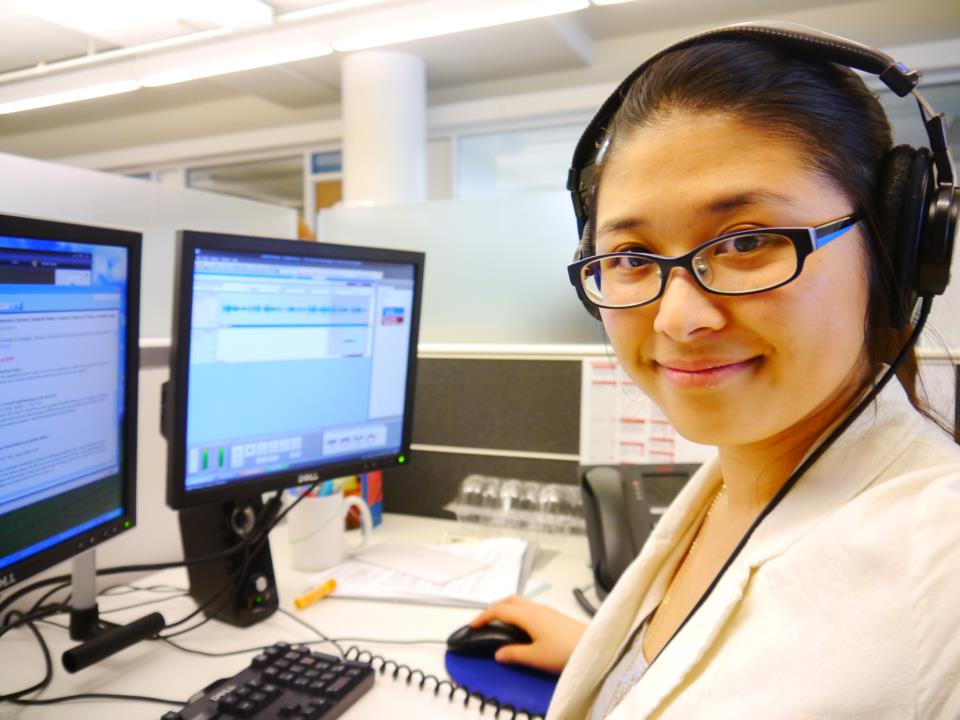 Modest of her accomplishments, Seattle-raised Azusa Uchikura (B.A., 2013) took part in many of the programs the UW Department of Communication has to offer, including a summer internship in Berlin that she found on the Department website, the Olympia Legislative Reporting Internship, Election Eye, and Foreign Intrigue in Japan covering the tsunami aftermath.

“I feel like I should have done more, but everything I did helped me get to the next opportunity,” she said.

After graduation, Uchikura interned in Philadelphia at a public radio station before moving to Washington D.C. to intern with NPR Berlin, and then Tokyo for an global news internship with the Associated Press. In September, she will return to Germany as a Fulbright Young American Journalist.

“I’m excited to be going back to Berlin,” Uchikura said. “When I was there in 2011, the print culture was a lot livelier than in the U.S. It comes with some difficulties, but I am just excited to go and experience more of the very different journalism culture.”

This Fulbright is designed so that half of the time Uchikura will be doing a research project and the other half she will participate in internships with print or broadcast news organizations. Drawing from her previous experience, she thinks the opportunity will grow her confidence as a global journalist.

“Last time I had to do man-on-the-street interviews and locals would hate it when I approached them with a simple question like what they doodled on a piece of paper when they were on the phone or in meetings,” she said. “In four hours, I got two people to talk to me. I feel like going into another culture and reporting in a different language makes you tougher. It’s not necessarily pleasant, but it definitely makes you stronger.”

Uchikura speaks conversational German, in addition to her fluent Japanese and English, but says she thinks experience outweighs knowing multiple languages when it comes to being accepted as a Fulbright scholar. She had applied once before as a UW student and was denied.

“The biggest difference between the first time when I didn’t make it and the second time when I did was I had done the things that they say are optional, like having an experience at a German university,” she said. “However, the application process is a lot easier as a student because you can do it through the career center where they walk you through the application process and use your department advisors.”

Uchikura is proof that just because you apply once doesn’t mean you can’t pursue it again with more experience on your resume and accumulative motivation to follow your dreams.