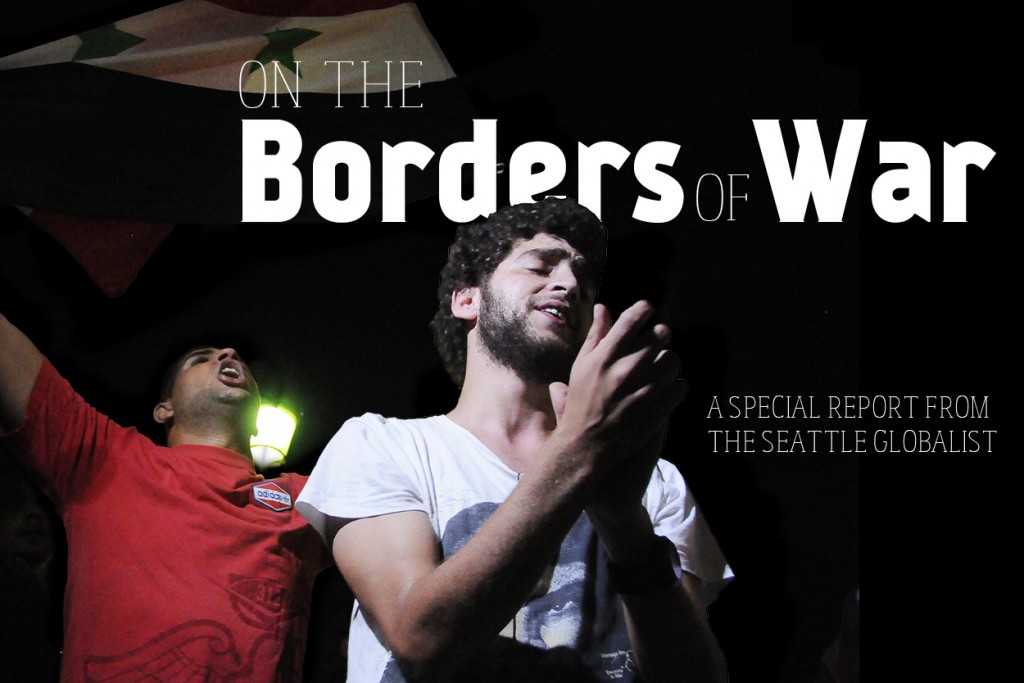 After living and working in Amman, Jordan during her Foreign Intrigue experience with the Department of Communication last summer, recent graduate Alisa Reznick developed an interest in exploring the lives of young Syrian activists who have taken refuge in other countries.

“I met several young people from Damascus and Homs who’d been in the middle of college or just graduated when the conflict broke out,” she said. “Many of them also participated in early forms of peaceful activism like public sit-ins and discussions on social media.”

Reznick said she thinks that in 2011 many young people saw the potential of Syria becoming similar to Libya and Egypt with the regimes that they were fighting falling quickly, however now they have “trouble reconciling what Syria’s become with what they believed it could be in the beginning.” In addition to losing family members to the conflict, the young demographic receives little support in finding jobs, continuing school, and reshaping their lives outside of their home country.

“A lot of the peaceful activists from the beginning have been completely forced out of Syria, so I thought it was interesting to see whether they’d try to continue in Jordan, how the conflict has changed the way they feel about their own efforts, and whether they still believe there’s a solution,” Reznick said.

Since returning to Seattle, she has interviewed young people in the Northwest who’ve followed the Syrian conflict and who have tried to help from 6,000 miles away. Reznick wants to compare the experiences of activists and young people living as refugees in Jordan to those of Syrians and Syrian-Americans living in Seattle.

Reznick is now raising money to return to Jordan, partnering with the Seattle Globalist to launch a new multi-part reporting series about young Syrians living “On the Borders of War” in their region.

Although Reznick has worked for the local English publication in Amman, the Jordan Times, this is her first project as a freelancer in the country. The series will publish on the Seattle Globalist in September.

“I’ve definitely been thinking about this project for a long time while freelancing here in Seattle, but it’s intense to realize it’s actually coming together,” she said.