Pulitzer-prize winning editorial cartoonist David Horsey (B.A., 1975) visited the Communications Building last week for the Wall of Recognition Ceremony as his name, along with 81 others, was unveiled as an Alumni Hall of Fame member. While he was here, he stopped by The Daily newsroom – the place where he decided to become a Communication major and pursue a career in journalism.

Horsey started at The Daily as a cartoonist and later became an editor. He worked as a full-time reporter at small newspapers following graduation, before being asked by the Seattle P-I to be a cartoonist for them. He stayed at the P-I for more than 30 years before making the jump to the Los Angeles Times.

While visiting, Horsey left his mark on the walls of The Daily newsroom – see if you can find it: 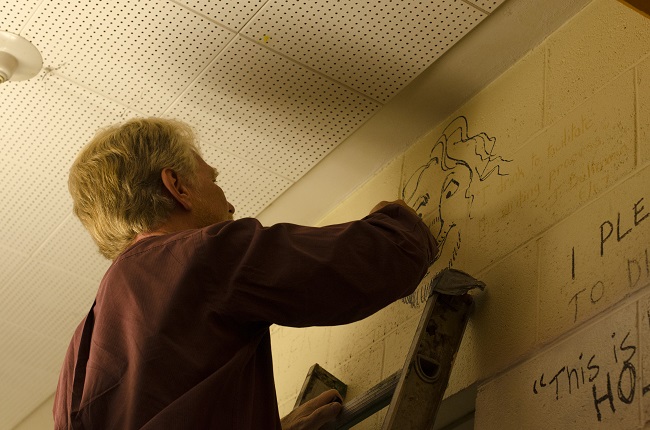 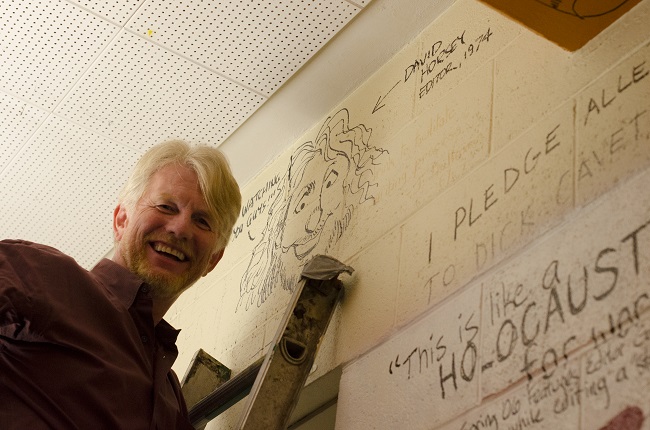 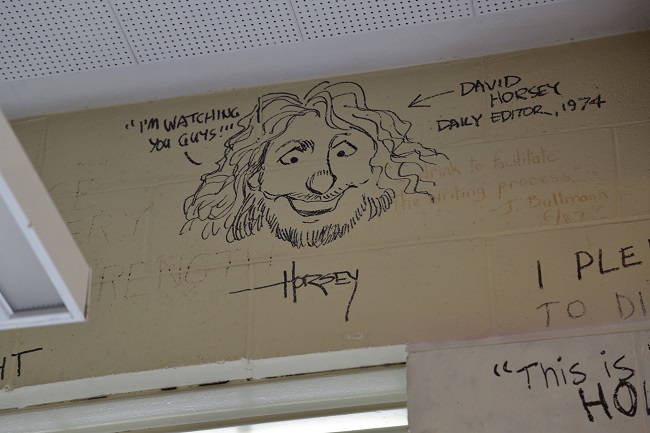 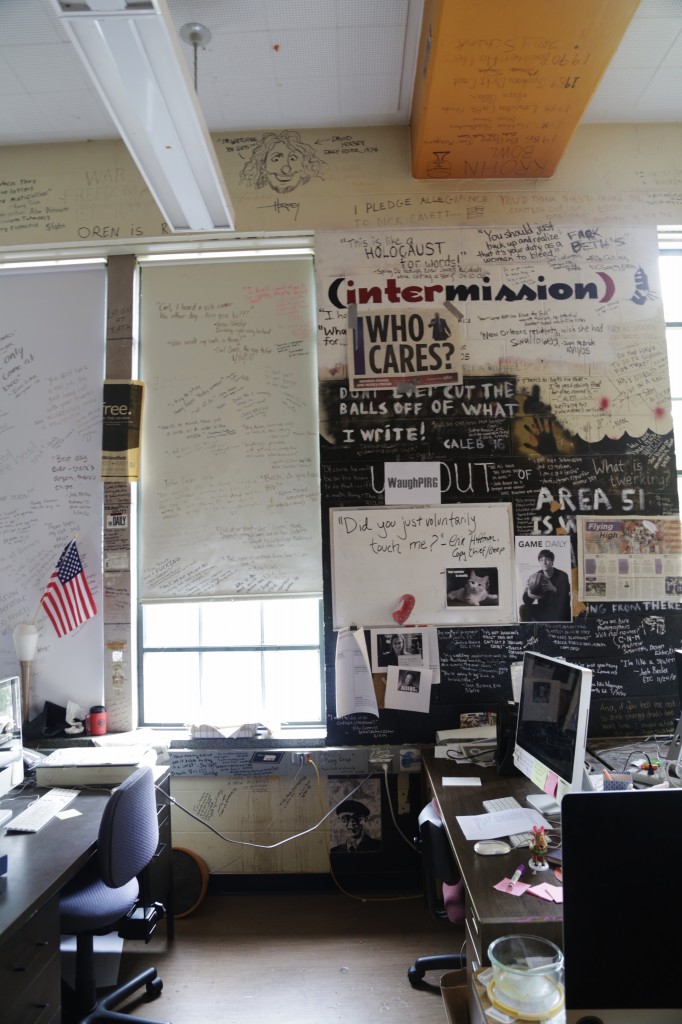