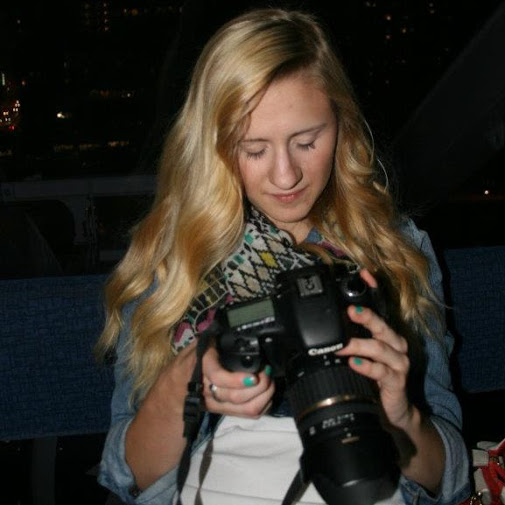 Jillian Stampher (B.A., 2014) majored in journalism and worked at The Daily all four years of her undergraduate career. She started out writing for the news section on the diversity beat and went on to cover politics, administration, and crime. In addition to covering events like the Café Racer shootings, she also wrote in-depth stories about sexual assault on campus, differential tuition, and cultural movements. She became the News Editor during her junior year, and in that same year participated in the Olympia Legislative Reporting Program through the Department of Communication (although she couldn’t move to Olympia due to her position at The Daily, so she covered higher education subjects – such as the dream act and funding – for The Daily).

These experiences helped prepare her for the job she has today at NBC News Digital’s Breaking News:

“I was fortunate enough to get a job while I was still in school, so there was a bit of overlap between my final quarter and my job. I am currently an editor at Breaking News, which is a part of NBC News Digital. At Breaking News, we aggregate news to provide real-time updates from around the world. Our mobile app allows for personalized updates on news that users are interested in. We use editor’s notes to be as transparent as possible and also provide context and offer proximity alerts so users can know what’s going on around them. With the future of journalism being so uncertain, it’s nice working at a place that’s both innovative and takes advantage of the digital resources available.”

“I work the night shift at Breaking News, so I generally don’t get into work until about 2 p.m. Once there, I often take time to get read in on the news of the day and work on planning our coverage of upcoming stories. Then, depending on the day, I will either jump on the big story that’s moving or focus on a topic, such as weather or politics. Eventually, I’ll take control of the whole site for the night.

“During my shift, I search Twitter, wire services and both local and national news sites to find stories that are timely and accurate. We use both eyewitness accounts and vetted sources to provide in-depth accounts of breaking stories. Once I’ve found an accurate update to a story, I summarize it to a few sentences and update our site and mobile apps. Major updates get pushed out to all users on the app.

“I also update our social media platforms such as Facebook and Tumblr several times during our shift. At the end of each night, I work up a summary of the news for each day in order to make it easier for the next editor to take over.”

How did you find that job?

“During the end of my junior year, my professor Karen Rathe told me she had been reached out to about a temporary position at Breaking News. I applied for the position, and started out as a temp editor. After about 7 months, a full-time position opened up and I applied.”

“Your professors truly are your greatest resources for finding a job. They’ve worked in the field and usually still have connections there. They also know you and can provide references for jobs. Outside of reaching out through them, you also should reach out to people who are doing the work you’re interested in. If you want to be a sports writer, reach out – email, connect on social media – to current sports journalists. Don’t hesitate to be persistent.”

What is the single most important thing to do while in school to prepare for the real world?

“Internships. If you graduate college with great grades and references from your professors, you still won’t be nearly prepared enough to enter the job market. Classes can only get you so far, and internships are there to take you the rest of the way. Writing really only gets better through practice. This is especially important in journalism, where every job you apply for is going to ask for clips. If you have stories that you’ve written during an internship, you’ll be much better off. Internships also let you make connections and build references for future jobs.”

“I went into UW thinking I wanted to be a news reporter, and focused a lot on that during my time there. I did take some photography classes and a variety of writing classes, but I think it’s more important than ever to learn digital skills. Taking computer science classes or interactive design classes would make you much more marketable when applying for jobs.”

“I honestly don’t know. At this point, there’s no way to know where journalism will be in five years, so I will have to figure where I’ll fit into that as I go.”

“As somebody who just graduated in journalism, I get how scary it can be and how students would be discouraged about jobs. I’d be happy to talk to anybody who reaches out to me and offer what advice I can.”