The Stranger, an alternative weekly newspaper in Seattle, recently published works from a UW Comm student and alumnus – both emotional accounts of intriguing job experiences. 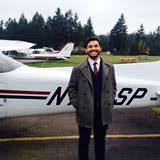 Trevor Keaton Pogue graduated in Winter 2013 from the UW, and has spent the last two months traveling around North America and writing stories about food, people, and misadventure. Although he was a Comparative History of Ideas (CHID) major, Trevor did various projects in the Department of Communication and took a number of classes from Artist in Residence Joanne Silberner, who was also his senior thesis advisor.

Trevor’s story in The Stranger is a chilling account of his year-long stint working at a funeral home as a body removal technician.

“Journalism takes a great deal of people to do right,” Trevor said. “The story in The Stranger was a year and a half in the making. It went through many drafts and many people helped it to become what it eventually did. Joanne is a top-notch teacher and she played a pivotal role during the initial stages of the piece.”

Warren Langford was a student in Joanne’s narrative journalism class this past fall. When he’s not entertaining in his band Pure Moods, Warren plans to continue freelance writing and graduating in June.

“UW has been great for the year I’ve attended – so far my favorite classes have been Narrative Journalism with Joanne Silberner and Writers on Writing,” he said. “This quarter, The Tele-Novel, a class about seriality in television taught by Elwood Wiggins, has been super interesting.”

Warren’s story in The Stranger, published in December, chronicles the nine years he worked at one of the last Indie video stores in America as Netflix and Redbox swept the nation. Although he studies general Communication, journalism is a definite career path he is considering and is interested in podcasting.