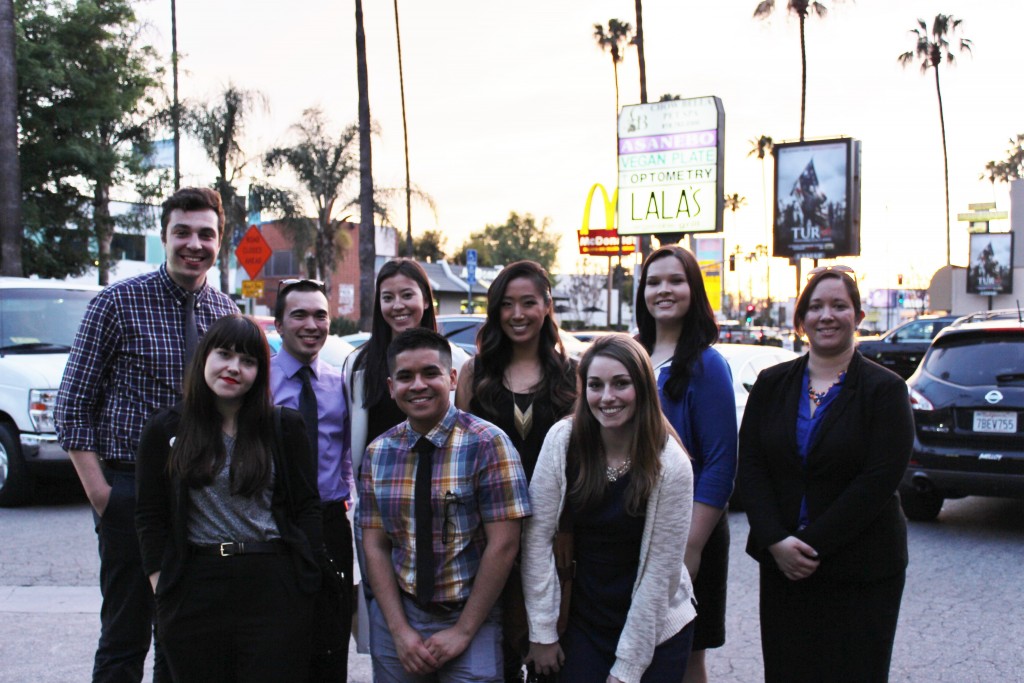 I, Brie Ripley, was one of the lucky students selected from the UW Department of Communication to participate in this year’s Career Exploration trip to Los Angeles.

I’m a senior warding off senioritis by busying myself with documentary projects. In a couple quarters, I’ll be graduating with my Bachelor’s Degree in Journalism with a minor in Anthropology. I’m also an audio nerd – someone who aspires a career in broadcast news, storytelling, and public radio.

I was motivated to go on the L.A. Career Exploration trip so that I could explore what other careers were available for somebody interested in multimedia journalism.

I’ve asked my trip mates to tell you about themselves and their motivations behind applying for the L.A. Career Exploration trip. They share their trip highlights and offer advice for interested candidates hoping to explore careers in Los Angeles. 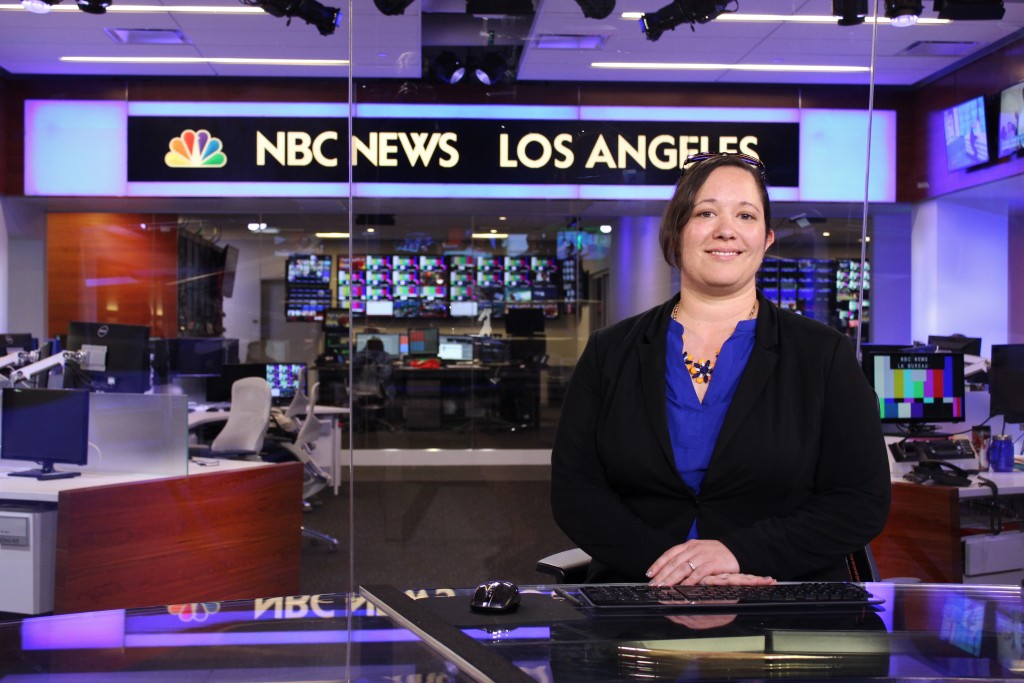 Joanna Kresge is a senior majoring in journalism. She applied to go on the L.A. trip so she could learn about different careers that will become available to her with a Communication degree.

Kresge’s favorite part of the trip was touring The Los Angeles Times.

“I am interested in print journalism and it was really nice to see a print newspaper that is still thriving in this digital age,” Kresge said.

One piece of advice that Kresge would give to students applying to the Career Exploration trip in the future is to make the most of the experience.

“This trip isn’t a vacation,” Kresge said, “it’s actually a lot of work, they’ll give you homework so be prepared to put in the time and be completely wiped by the time you are done because it’s very fast-paced, yet very rewarding.” 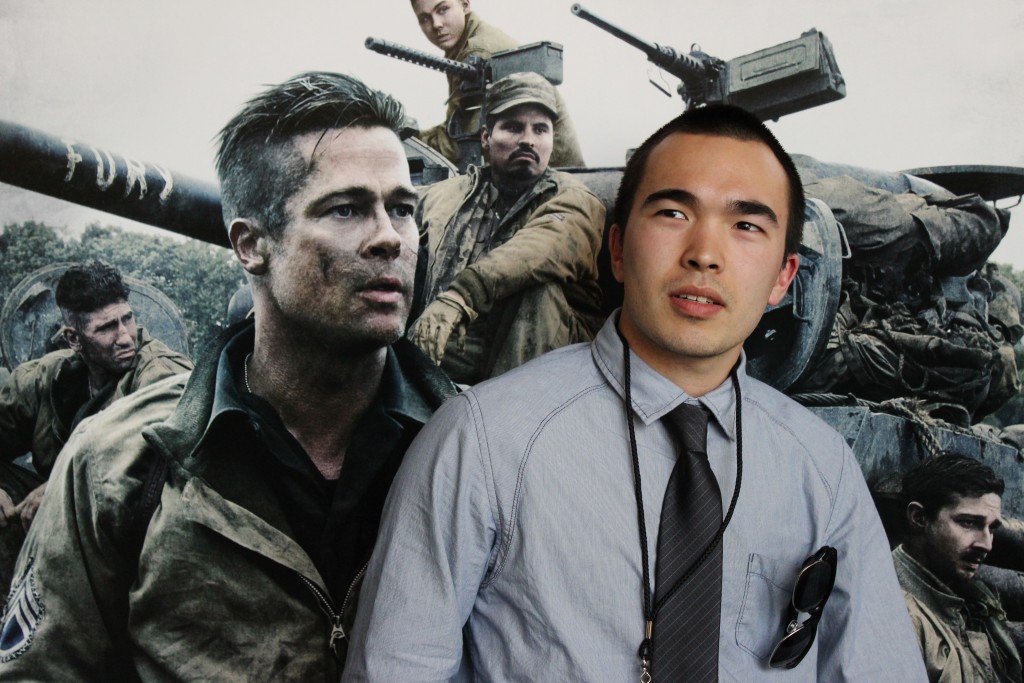 Iwazaki and I found ourselves sitting next to one another in the back of the van more times than not. I dubbed him my “trip buddy” and we had a good time cracking jokes while commuting from mentor meeting to mentor meeting.

This was not the first time he applied for the trip.

“If you are turned away as a freshman, come right back the next year and try again,” Iwazaki said. “It was well worth it.”

Patience and persistence ultimately paid off for Iwazaki. 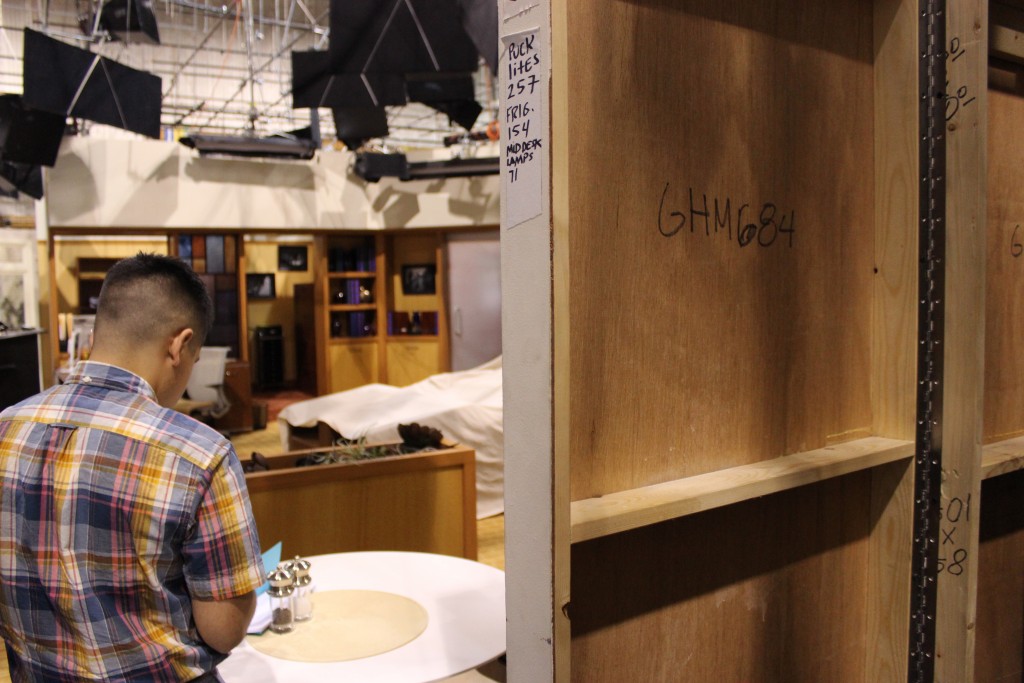 UW Journalism student Randy Salgado on the set of The Soul Man. UW alumna, Kriss Turner, is among the team of writers for the show.

Randy Salgado is a junior majoring in journalism. He was originally interested in going on the L.A. Career Exploration trip because he wanted more career direction.

“The underlying reason behind that was I felt stuck and didn’t know what to do with a journalism degree besides reporting,” Salgado said.

Salgado felt inspired after meeting with Kriss Turner and the four entry-level production assistants working on the TV show, “The Soul Man.”

“It felt so natural,” Salgado said, “like this is the kind of environment I can picture myself in.”

His decision to major in journalism was affirmed after meeting people in the television industry who share similar interests with him. 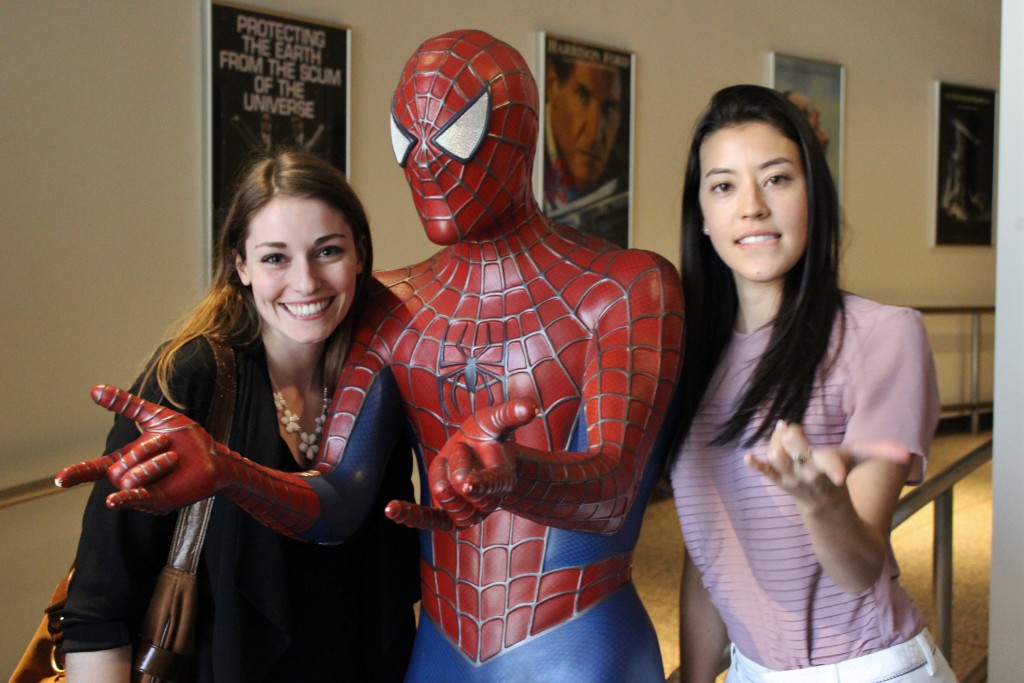 Delaney Berreth is a graduating senior studying Communication with a focus in PR.

She applied to the trip because at the time, she was not sure exactly what she wanted to do immediately after graduation, and wanted to see the career options available to someone with a Communication degree. She’s also an actor, so naturally, Los Angeles was very appealing.

“My favorite part of the L.A. trip was probably getting to know the Comm students that I might never have met before this,” Berreth said.

One thing that stood out to Berreth about the trip was how much the UW alumni wanted to help all of us.

“I loved learning from all the alumni and hope to give back like they are,” she said.

At the end of the trip, Berreth was so inspired by the gracious mentor support that she looked into how she could become a mentor after graduation. 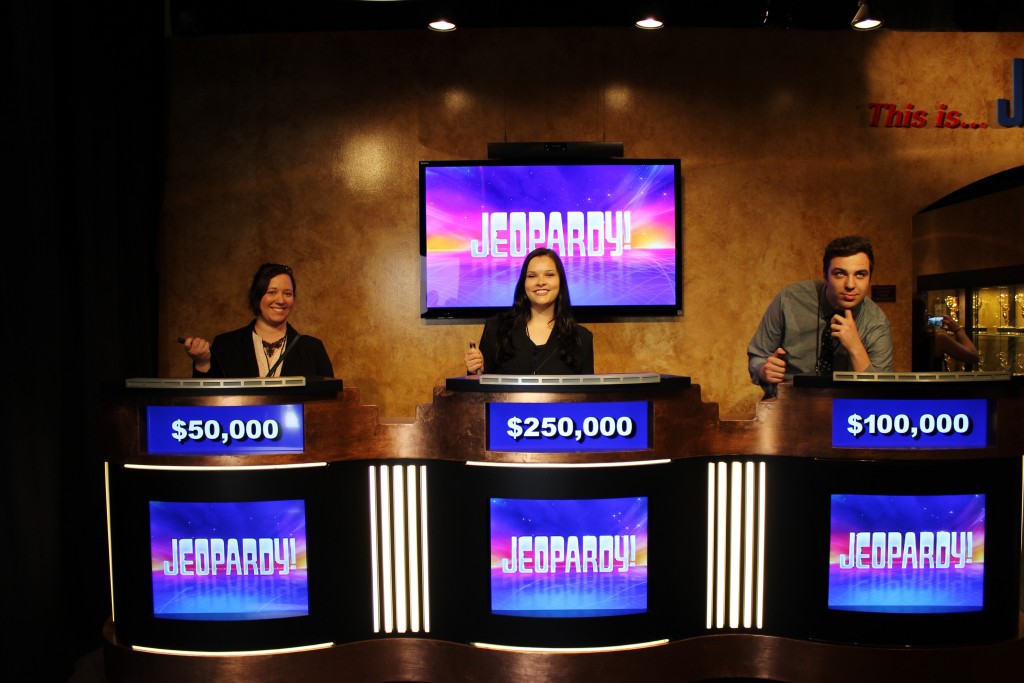 Brian Price is a graduating senior studying Communication and Law, Societies and Justice. He applied to the L.A. Career Exploration trip with the hope of networking with alumni who are working within the realm of television production.

“We left every meeting with alumni loaded with advice and tips to succeed in L.A.,” Price said.

One piece of advice Price has to offer students interested in applying to the Career Exploration trip in the future is to show off their passion and dedication for the career of their dreams.

“The Career Exploration trip is such a unique opportunity for students looking to take the next step into the industry,” Price said.

He urges students of all ages to get involved in what they think they’re interested in exploring career-wise. 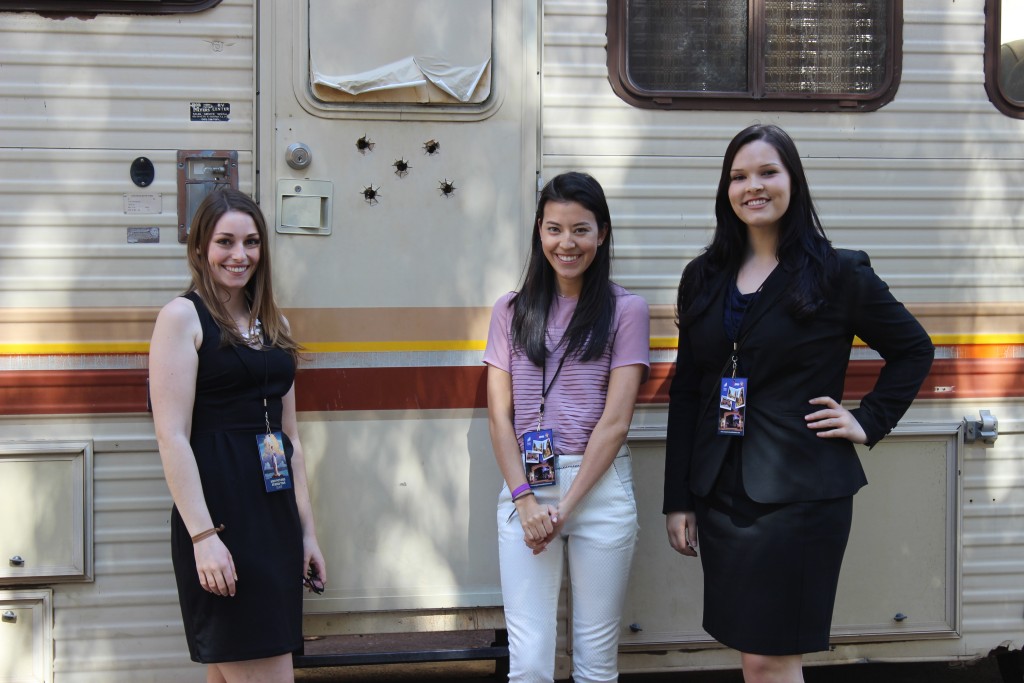 Like Price, Emma Brown is a graduating senior majoring in Communication with a minor in Law, Societies, and Justice.

The trip gave Brown an opportunity to survey what jobs are available to Communication majors like herself.

“The most important thing I learned during this trip is that the people who work in L.A. as screenwriters, producers, journalists, etc. are just like us,” Brown said. “They all started off just where we are now, and after hearing their stories in person, I know that careers like theirs are within reach.”

Brown’s  favorite part of the trip was touring Sony Pictures and seeing the “Breaking Bad” RV in person. 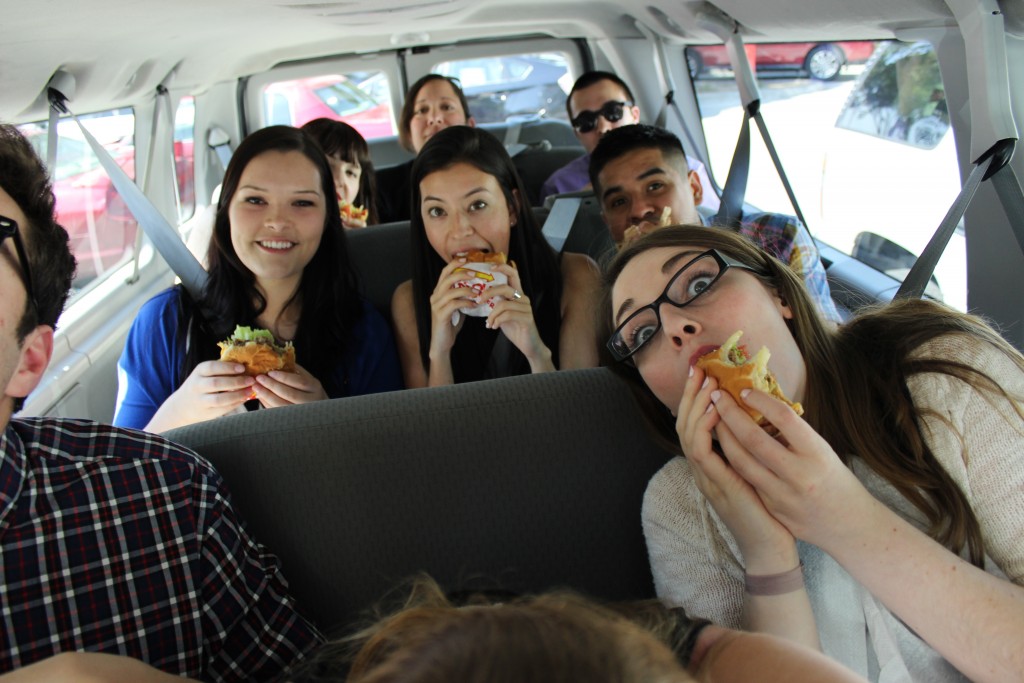 Taylor hopes to seriously pursue a career in the TV industry. Since Los Angeles is a hub for media enterprise, Taylor was motivated to go on the trip to network with successful TV industry professionals.

While on the trip, she learned that most of the audio we hear in TV and movies is added in during production.

“I was shocked,” Taylor said. “There are even voice actors who are ‘sound-a-likes’ to big name actors who come in to patch up the audio. Crazy.”

For Taylor, the trip motivated her to start planning right away for her life post-graduation.

“The most important thing I learned was I need to save up a lot of money and get myself down to LA.,” Taylor said. “The sooner I can get myself working in the industry, the sooner I will be able to meet, network, and hopefully find success.”

Another important fact that Taylor gleaned from the trip was that there are a lot of UW Communication alum who have found success in the entertainment industry.

“It gave me hope that I too can become one of them,” Taylor said.