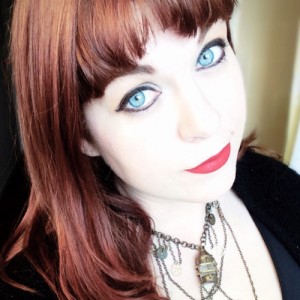 Anastacia Visneski (M.C., 2014) was the first Communication Leadership graduate to complete a Master’s in Communication in Digital Media (MCDM) and also in Communities and Networks (MCCN). She has served in the United States Coast Guard for more than a decade and put her degrees to use right away.

As the lead Digital Media Officer, Visneski took over the job of seeing the first Boating Safety Mobile app through the Coast Guard to the finish line – a process that took two years and started before she filled the position.

“My job was to help the team make sure the app was functional, had good UX, and that we got it to the store on time,” she said. “The bigger part of my job was being in charge of the roll-out plan. This meant both internal and external communications.”

UX, or user experience, was a concept Visneski said she learned about in Jason Levine’s class.

“His classes meant that when I was looking at it and talking about it, I not only knew what I should look for, but I knew how to communication that to the developers,” she said. “And Dr. Ken Rufo’s networks classes and media theory classes helped me figure out who our influencers were in our various communications networks, as well as helping me build our a massive comprehensive communication plan.” 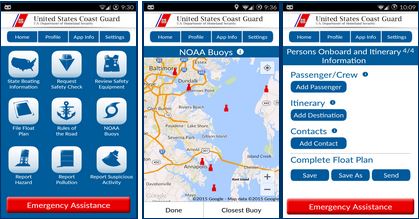 Visneski also mentioned Brian Marr’s marketing class, which helped with overall messaging and packaging of the app, and Hanson Hosein’s constant reminders that it all comes down to storytelling.

“It is funny because sometimes you are in a class thinking, ‘Eh, what could this do for me?’ and then a year down the road you are thinking, ‘Oh man, I am glad I took that class!’ Visneski said.

The app, donated from BastaYa PR, has many components, including state boating information and basic navigation rules, and has the ability to request a safety check, review safety equipment, send your float plan to family and friends, find NOAA buoys, and report a hazard or suspicious activity.

Visneski’s advice for aspiring app developers: “Whether it’s a videogame or shopping app, there is a story you are trying to tell with what you present; there is something you are trying to get the customer to do. Really have that mapped out as you sit down to work on the app. Before you start playing around with bits and bytes, really take the time to think about your customer.”

And she says keeping a sense of humor and your end goals in mind is a must because sometimes things break or don’t work the way you hoped. The app launch is only part of her job – she is also busy with modernizing the Coast Guard web presence and anything that deals with digital media.

“I honestly can’t think of a day on the job where I haven’t used something I learned during my MCDM and MCCN work,” Visneski said. “For other Comm Lead students: don’t pass on a class because you think it doesn’t or won’t apply to your job – you would be surprised how much of it really does.”