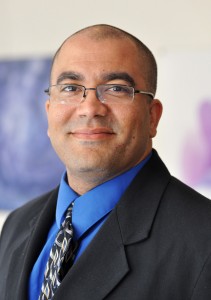 It was in his mass media law class that journalism alumnus Peter Sessum (B.A., 2011) was inspired to create a website to give a voice to veterans. While hearing some misconceptions about the military from classmates and with encouragement from his professor Roger Simpson, Sessum started “The Dogtag Chronicles.”

“I realized there needed to be something to help people understand the military perspective,” Sessum said. “Civilians need to understand that we weren’t all clone troopers sitting around waiting to go to war, and vets need a voice.”

A former Army sergeant, Sessum spent his adult life in service to his country. He has lived, trained, or deployed to 11 different countries in uniform. It was his experience working counter narcotics in Afghanistan that convinced him to use his G.I. Bill to go back to school.

“I saw how some of the program was mismanaged by people that had no experience in country, but because they had a degree they ran the programs for the State Department,” he said.

Registering the Friday before classes started at Edmonds Community College, Sessum was forced to choose an elective and he picked journalism – later transferring to the UW. 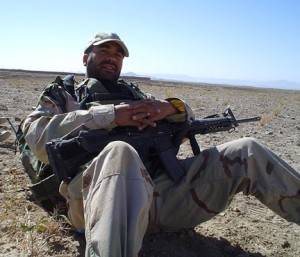 “I loved it and halfway through the first class I realized that if I majored in journalism I could write about all the programs and maybe make a difference in many of them, rather than only in one that I worked for,” he said.

While looking to take “The Dogtag Chronicles” to the next level by posting videos, Sessum has series’ that focus on how civilians contribute to post traumatic stress, hiring and working with vets to help bosses and HR professionals, and honoring fallen soldiers.

“Some articles have made fellow vets feel like they are not alone and this is good,” he said. “I think if more people understand a little about vets, the better it will be for everyone.”

Sessum took third place in the Editorial and Commentary category of the 2014 SPJ Western Washington Pro Excellence in Journalism competition – right behind our own Artist in Residence Sarah Stuteville with The Seattle Globalist.