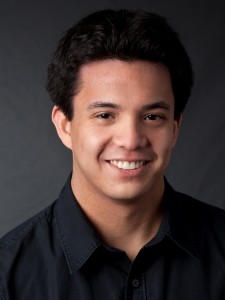 One may say that alumnus Brett Bowker (B.A., 2010) took an unorthodox path after graduation. While in school, he majored in journalism and worked as a lacrosse reporter. After graduation, he backpacked Europe and China for a few months before returning to his job as a reporter – but his connections in the lacrosse world led to other opportunities.

Bowker helped produce a documentary called “The Long Ride Home,” where he followed Sgt. Kevin Mincio for 4,200 miles as he rode his bike across the country to Ground Zero to honor a sacred promise he made to a fallen soldier. After finishing the film and going through the film festival junket, Bowker was left with the question, ‘What do I do now?’

“You always hear that you have to go find a job, but I’ve always followed the mantra of making my own job,” Bowker said, “especially in this economic environment as a young person out of school.”

Bowker started researching what private investigators do and looking into issues of privacy, and other information he could find. He found that he could use similar skills as he did as a journalist: detail gathering, interviewing, and researching. He found a certificate program for private investigation through UW Professional & Continuing Education and the rest is history.

“Essentially it’s like everything else where you take a test and pay a fee,” Bowker said. “I was officially licensed in December 2013 and started to set up my business. It sounds arduous, but it’s not that difficult to do once you start it.”

Why do you think you were drawn to becoming a Private Investigator (PI), instead of doing straight journalism?

“These days, it’s hard to be a journalist. The whole profession is changing. I don’t want to say that society doesn’t value what journalists do; it’s maybe the conditions of the profession and the industry that are changing it, but you still have to have someone on the ground doing the work. You can’t just link things on social media or look things up on a computer – and especially now doing what I do now as a PI, you have to go there to see what happened or talk directly to people that were involved. I guess I was drawn to it because it’s the same set of skills that I’m transitioning across different fields.”

“Use what you know and the connections you already have. I’ll use my own example – I love lacrosse. I played it and then there were local job opportunities and I essentially became the niche reporter in the entire state. I was the only one doing it really and then other people came in and now fill that role, but I was the first one doing it as a job.

“Cultivate your network of who you know and what you know, and then try to weave those together. Get creative, be proactive, and be dynamic – especially in the media environment. Sometimes you have to find ways to get into the industry without relying on getting a job in the conventional way. Apply your skillset and cultivate your interests. Say yes to opportunities.” 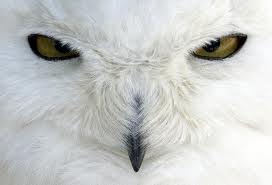 What is the single most important thing to do while in school to prepare for the real world?

“Understand that you always have to continue your education. In high school, you want to learn how to learn. In college, you expand upon that with what you’re interested in and want to learn. Keep reading, adapting, and learning about the profession you want to get into. Keep educating yourself because things change when new information comes around. You don’t just stop education after college; it’s a lifetime of learning.”

“Don’t sweat academics and the tests. Take this with a grain of salt, but once you get out, it doesn’t matter. When you get out into the real world, people don’t care where you got your degree or sometimes even what it is. They want to know what you can do and your skills – that’s it. Focus on that stuff, not necessarily what your GPA is. The business kids can worry about that when they want to go get their MBAs. Going to college matters, but being disciplined in learning skills is what you want to focus on, not being fixated on the end product.”

“Alive? I don’t really dwell on questions like that because you try to create these plans, but people’s lives change so dramatically day-to-day, month-to-moth, year-to-year. I just hope that I’m doing something that is genuinely interesting to me because I dread the monotony of the corporate world and sitting at a computer for 40 hours a week. I want to be challenged every day – it’s key to living a longer and richer life.”

“Get used to your car if you want to be a PI.

“Thanks and gratitude to all instructors, mentors and fellow PIs who have helped and guided me all these years.”