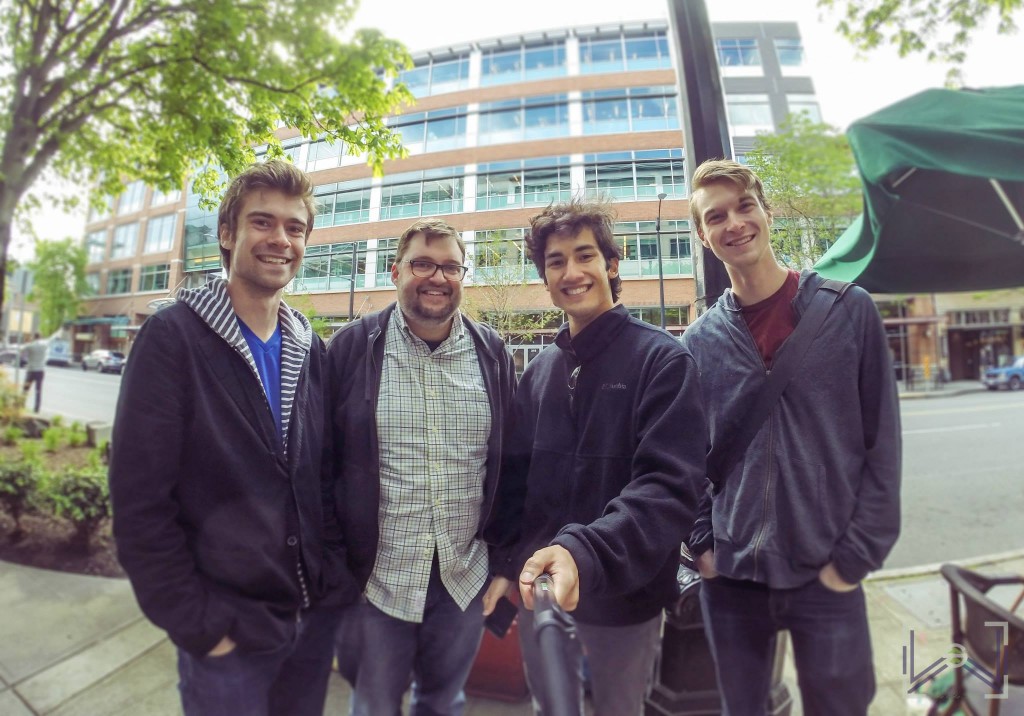 Meeting at an information session for the Communication Leadership graduate program last October, Scott Morris and Jacob Christensen had no idea that one of their collaborations would go viral.

As an undergraduate student in the UW Department of Communication, Christensen started his own video production company Waka Waka Studios in 2012, and after asking Morris, who has a background in documentary films, to work with him on a three-minute video for Boeing, Morris joined Waka Waka Studios as the Creative Director in January 2015.

Both Morris and Christensen are now Cohort 15 students in the Comm Lead program, but before Morris was officially accepted, he took Drew Keller’s Multimedia Storytelling class to get a feel for the program. The class requires producing four videos in the span of 10 weeks. After getting a positive response for his third video, Morris was nervous about finding another good story in the last two weeks of the class.

“Then, I got an email from Jacob,” Morris said. “He had received a Facebook invitation to ‘like’ the Rainworks page from a mutual friend of Rainworks creator Peregrine Church. Jacob sent me the link to their website and simply said, ‘I think I may have just found your next video.’”

Rainworks creates images and messages that only appear when wet with a biodegradable invisible spray. Morris instantly loved the idea and Church was receptive to having a video done about his budding startup.

“Shortly after I showed the video in class, we sent it to the Rainworks guys to upload it to their Facebook page, which had 140 followers at the time,” Morris said. “Within 24 hours the video had 100,000 views, which we were really surprised and excited about.”

The next day the video hit one million views, and two days later it reached three million. Now, the online view count has surpassed 16 million and the Rainworks Facebook page has exceeded 20,000 followers. Seattle publications quickly caught on, with national outlets close behind, including BuzzFeed, USA Today, the Washington Post, Mashable, the Atlantic, Fast Company, and the Weather Channel.

“I spent spring break responding to requests from publications and TV news programs in Japan, China, Germany, the UK, France, Poland, Czech Republic, Italy, South Korea, and Spain all wanting to do a story and use the video, “Morris said. “Nicki Minaj, Ashton Kutcher, and George Takei all shared it on their social media pages. Oprah Magazine did a story on Rainworks. It got pretty surreal.”

Without being able to pinpoint exactly why the video was vastly successful, Morris said it was probably due to a combination of factors, including the positive message behind Rainworks from a city perceived to be always rainy and dreary. During the editing process, the opening hopscotch scene wasn’t always at the beginning, but Morris said everything fell into place when he moved it to the start after hearing advice from Keller to another classmate. 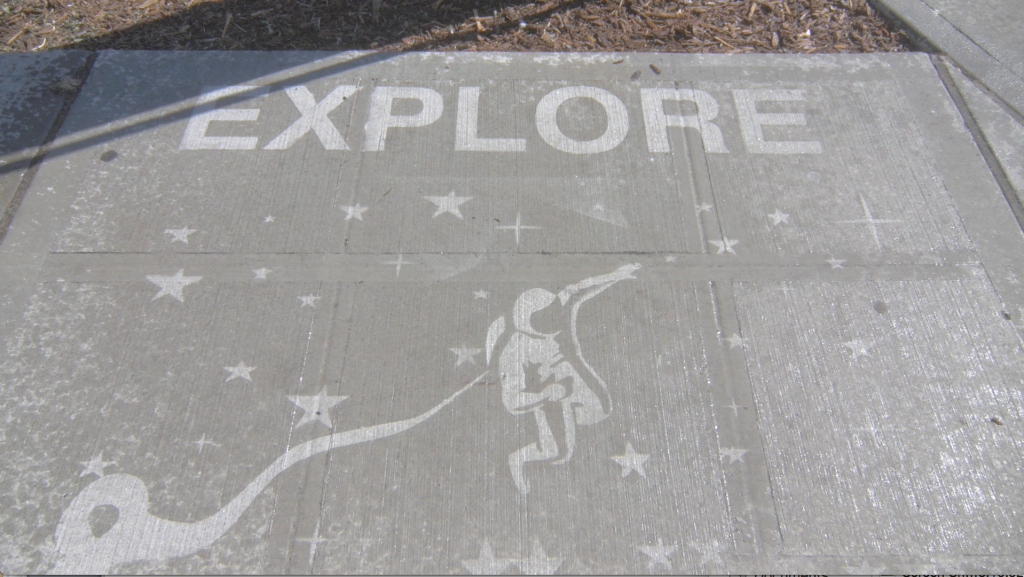 “The video blew up originally on Facebook and there’s a reason for that: Facebook video autoplays without sound and the opening of this video is constructed well for that format,” Morris said. “The opening clip with the hopscotch reveal is exciting and surprising, and I think it made a lot of people want to know more about what they were seeing.”

Waka Waka Studios went on to film another video for Rainworks, this time for a Kickstarter campaign. With five days left, they hope to raise $50,000 to support creating an industrial quantity of Rainworks Invisible Spray.

Why Morris and Christensen want to continue to help Rainworks is simple:

“They’re goal is to make people smile on a rainy day,” Morris said. “How great is that?”

With three classes under Morris’ belt in the Comm Lead program and two for Christensen, they are ready to continue to put into practice what they learn, transforming their business and helping others along the way.

“This is really an example of what can happen when you have a supportive community that allows students to push themselves,” Morris said. “The Comm Lead environment is one that fosters encouragement, constructive feedback and students learning from each other. Part of the success of the video can be attributed to techniques and strategies I learned in class, much of which was from Drew directly but also from fellow students. And from that success, two businesses are blossoming.”