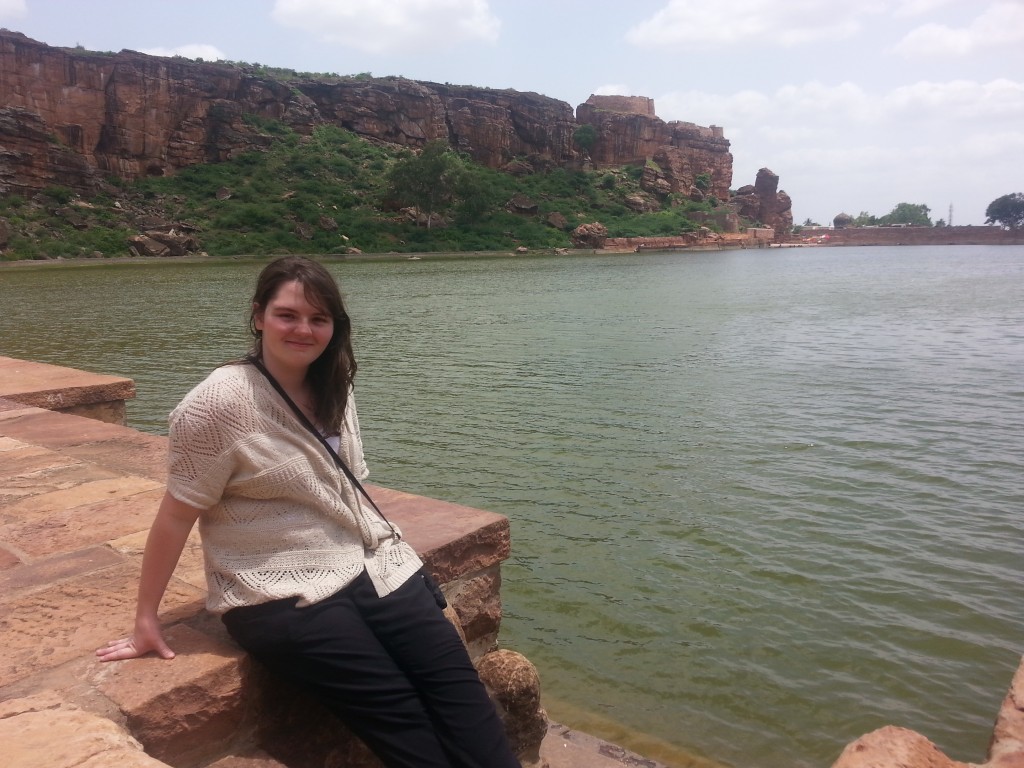 Senior Holly Thorpe spent the summer in Bangalore, India writing for Citizen Matters, a local publication that covers city public affairs, community, and culture. She is a journalism major with a double minor in Comparative History of Ideas (CHID) and English, and was given this opportunity as part of the Foreign Intrigue Scholarship program.

What surprised you the most about India?

“Having only traveled to the UK and Canada prior to visiting India, just about everything was surprising. From the food, the living quarters, the social etiquette, everything was so very new to me. Probably the biggest surprise, or at least the hardest to wrap my head around, was the stark contrast between each neighborhood or area of the city. On the way to a highly modern, metropolitan downtown I would pass slums and cockroach infested storefronts that weren’t comparable to anything I’ve seen at home. Even crossing the road could mean walking from one entirely different world into another, from one world where coconuts were being sold by the side of the road and women were wearing saris, to another where young women wore tank tops and shorts and multi-story malls towered over them.”

“Having to unlearn just about everything I’ve learned about reporting. It was a huge blow to my ego to suddenly not know anything about reporting norms or even basic style rules (they didn’t use AP style in my newsroom and I was completely lost without it). Whereas in the U.S., I can knock out stories at a normal pace, and event coverage only takes an hour or two, suddenly I was fighting to get out a story a week and covering even the simplest of events meant getting lost multiple times and arriving late for events. Once I got over it (and over myself), things did get easier.”

“Over the course of a month I reported on resources for alcoholics and their families in Bangalore. I was terrified, because reporting was hard enough without reporting on highly sensitive issues like alcoholism. But many interviews and rewrites later, I produced a story that I’m really quite pleased with.”

What successes stand out to you during your time abroad (even if it is as small as a successful trip to the grocery store)?

“Before I departed this June, I was more nervous than I would like to admit about travelling to India. I felt like I could never be prepared enough, and that I just wasn’t cut out to handle the job of representing my university abroad. But when I was about halfway through my trip, I had a moment where I sort of looked around at all the little and big things I’d accomplished in India and felt a tremendous sense of pride. I had successfully been doing my laundry in a bucket for five weeks, I’d published around eight stories, I had conducted multiple interviews, and traveled to a handful of villages and cities. Despite all of that anxiety and all of the worry that I wouldn’t be good enough or that I’d get malaria or something else would go terribly wrong, I’d survived. And I was having a superb time.”

“So, I was in Bangalore during monsoon season, which meant that roughly once a day the sky would turn black and dump an absurd amount of rain on everyone for about 15 minutes or so. One day, right as the rainstorm hit, I was walking to the market near my building. Everyone was hiding under the awnings to avoid the rain, stray dogs and resident cows included. One huge bull had chosen to hide under the awning of an ATM. Now, the ATM only has one door, and before the bull had moved in, some unfortunate soul had gone to withdraw money. The same unfortunate soul was now trapped in the ATM by a one ton bull with massive horns. I laughed out loud as I watched men on the street try and push and prod the beast out of the way, but the bull had absolutely no interest in getting wet in the rain and the man remained trapped. When I returned some 15 minutes later, the bull had departed and the man had been freed.”

“I am beyond grateful for this opportunity and to the Department of Communication, particularly Jessica Partnow, and the alumna who funds this scholarship. Without this opportunity and their support, I never would have had the chance to fall so in love with India or to grow so much as a journalist and student.”