Post-baccalaureate student Sarah Park studied independently in Amman, Jordan by participating in an IE3 Global internship, geared toward students who would like to integrate academic credit with on-the-job experience and gain professional and cultural skills abroad. While she previously majored in biology, Park made the switch to learning the art of journalism. Learn about her experience and what advice she has for students thinking about studying solo in another country. 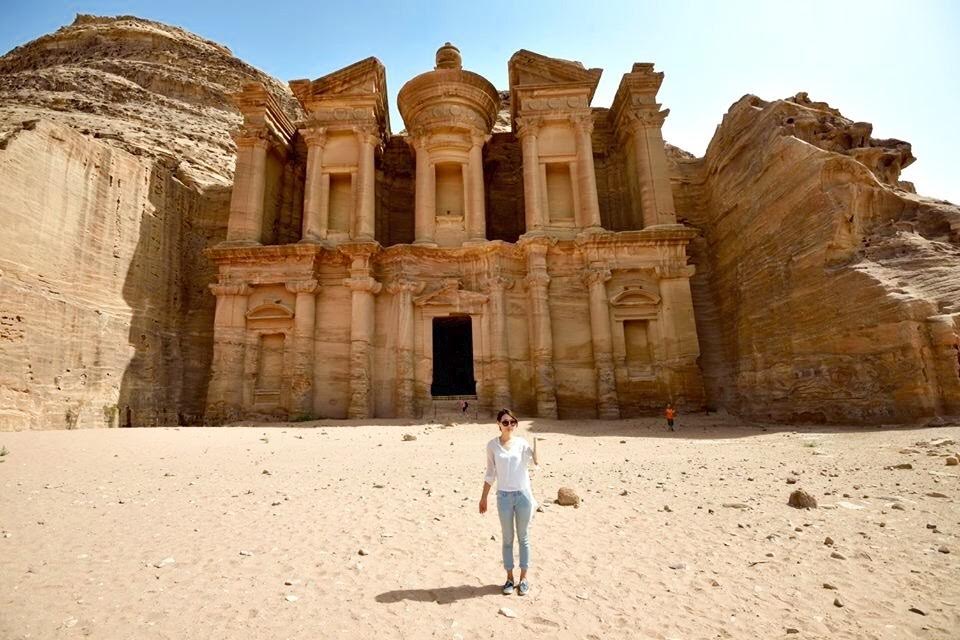 What led you to spending a quarter in Amman?

“I had initially looked for international opportunities for journalism internships, and stumbled upon IE3 Global, as they were also connected with the UW. There was a communications-based internship available at the Center for Strategic Studies in Amman that seemed perfect for me. I prepared for about six months of applications, researched on the region, and also looked into additional opportunities in the country. I reached out to the editor at the Jordan Times, and inquired about potential internships, and they responded with a very positive yes.

“Before going to Amman, I had already been personally very interested in the regional conflicts, and presented at the UW Research Symposium on humanitarian efforts in the Palestinian-Israeli conflict. This was very helpful in my travels and understanding the environment in Jordan.”

What did you research while in Amman?

“During my time in Amman, I mainly researched youth revolts, uprisings, and the women’s rights movement and found that many of these uprisings relating to human rights were overshadowed by the regional conflicts with Syria, Israel, and surrounding countries.”

Who was your faculty sponsor? In what ways did he/she help with the experience?

“My faculty sponsors were Dr. Lisa Coutu and lecturer Ekin Yasin. My work with Dr. Coutu was ethnographic, and her guidance with my field notes were immensely helpful, as they allowed me to be more self-aware and observant of my surroundings and the people I interacted with on a daily basis. Yasin provided me with many great resources about the media culture in the Middle East, and allowed me to research even deeper the status in Jordan and how media affected culture there. It was helpful to have faculty sponsors, as they challenged me to dig deeper in my day-to-day life in Amman, and helped shape a guiding focus throughout my stay.”

What were some lessons you came away with?

“The biggest lesson I learned was that everyone has a story. In Jordan, everyone is very relationship-oriented, whether that be at work, home, or the market. Once I made a relationship even while sitting on the bus – they were very keen on keeping the relationship and continuing the friendship by inviting me to dinner or saving my number on their phones. Through these relationships I learned about the intricacies of their family histories, their rich heritage, and also the feuds they held with other countries or people groups. It was like pulling apart a tapestry with all of these different colored threads, weaving around each other and holding each other together. I then realized this is the case anywhere you go, but in America the concept of personal space is much more pronounced and you hardly ever get to be close with someone as fast as I found people to be in Jordan.” 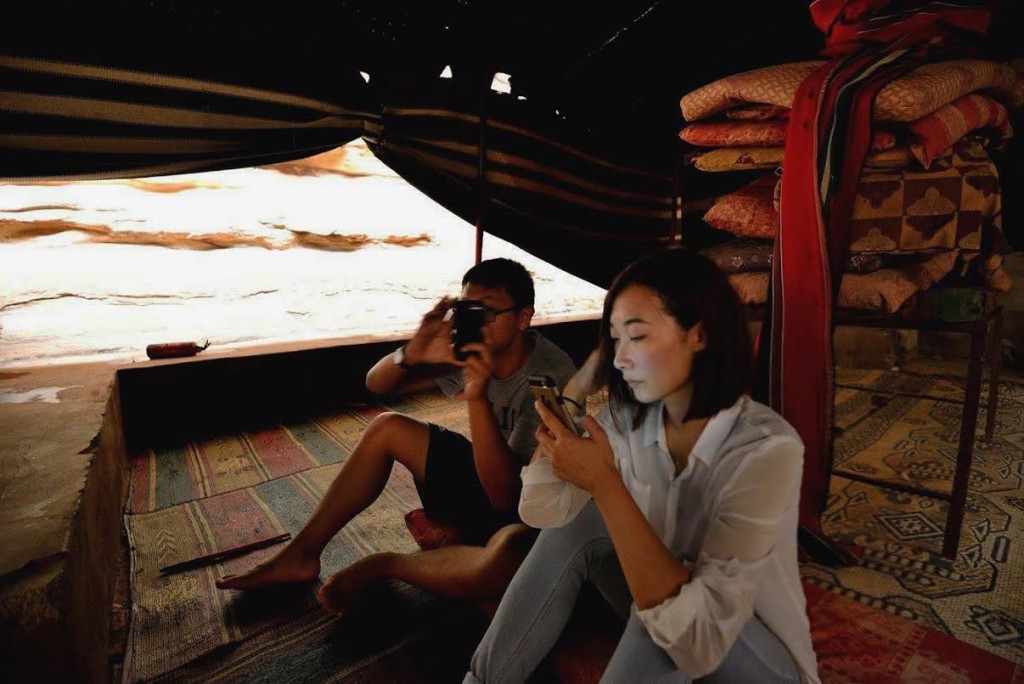 What is your favorite thing about Amman?

“My favorite thing about Amman was the friends I made. I made great relationships with the other interns at both internships, as well as many of the locals. There were a couple families that I really bonded with during my time there, one being a refugee family from Afghanistan who literally treated me as their own daughter. They always invited me over for breakfast, lunch, and dinner, and cooked delicious Afghani meals for me. Amman is a city full of many diverse cultures, mainly Palestinian, but also many from Afghanistan, Syria, Turkey, Egypt, and Sudan.”

What did you find the most challenging?

“The challenging part for me was when I first arrived, as I did not know anyone, and had barely any Arabic basics down. I definitely had rose-colored glasses on before coming to Jordan, and did not realize that I would actually be in a super foreign land, alone, without real knowledge of how to get around, and just survive. That initial shock quickly wore off however, as I began to meet other foreigners, and soon locals as well. It was great to conquer that hump because now I feel confident enough to tackle the unknown, in travels and in life, with just a certain amount of readiness and anticipation.”

What advice do you have for students wanting to do an independent study abroad?

“The biggest advice I have for anyone wanting to do independent study abroad or internships is to be flexible! In another country, especially where the culture might be drastically different, you have to be prepared to be a little uncomfortable. Many of the foreigners I met in Amman were not prepared for this shock and would often complain about hygiene, work productivity, sense of time, and other values that were held more loosely than what they were used to. It is important to have an open mind when traveling abroad, as this shows respect for the other culture, and also allows you to have a more enriching and fun time. Also, be prepared for unexpected situations and circumstances, and roll with the punches! That is the exciting part about independently traveling and studying abroad – every day is a new challenge that creates growth in your character and outlook on life.”

“Don’t be afraid to question what society tells you about a certain country, region or people group. Before I left for Jordan, numerous friends and family urged me not to go because they perceived it to be a dangerous land with potential terrorists – because of its close proximity to Syria. The truth about foreign relations is that it is often skewed by media where fear is predominately what sells and that was the case with my travel to Jordan. Of course, it is important to be aware of the conflicts happening in that country, and the potential danger of traveling anywhere unfamiliar, but a good resource to follow is the US Foreign Travel Alerts, as they deem certain countries safe, moderate, or restricted to travel to.”