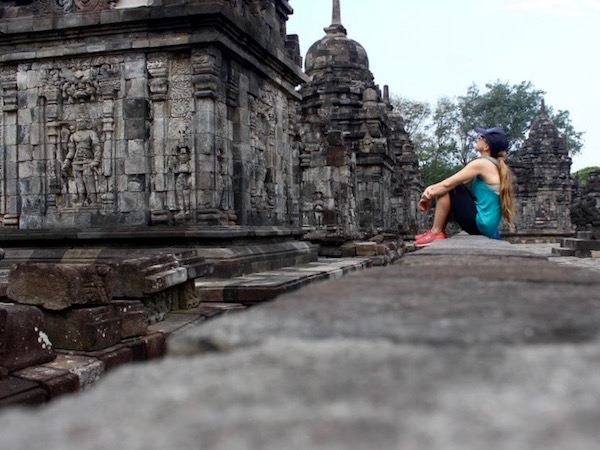 Megan Herndon spent a wild summer in Indonesia as part of the Foreign Intrigue program with the UW Department of Communication. We asked Megan about her time in the world’s largest island country and here is what she told us:

What surprised you most about Indonesia?
I think the first thing that surprised me is just how many people there are everywhere. Jakarta is a huge city and the population has grown too fast for the infrastructure to keep up. The roads are full of cars, motorcycles, bajas (little three-wheeled vehicles that make and insane amount of noise), and a variety of other carts and vehicles.

The sheer size and diversity of the country is another thing that surprised me. I think in the states people know Bali for the beaches and maybe Jakarta as an up and coming Asian city. But as a country made up of thousands of islands full of jungles, beaches, forests and city streets that you could spend years exploring and still not be able to wrap your head around. 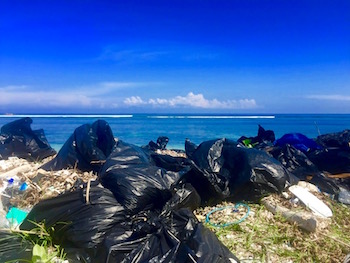 What was the biggest challenge reporting in a foreign country?
The language barrier is an obvious one. Especially at press conferences I went to for the TV team, I often ended up shooting hours of footage because I had no idea what anyone was saying. I also realized the meaning of free press in America-even though Indonesia’s press quite free by some standards, it was still surprising when editors had aversions to me covering things like mental illness and LGBTQ issues.

Is there an article that was published that you are especially proud of?
I got to write about environmental stuff a lot, which I really enjoyed, especially given the amount of pollution etc. in Indonesia, and I’m proud of this story about coral reef destruction. I also got to be the multimedia person for a reporting trip to Borneo (see response below) which gave me the chance to do more photo and video coverage that I haven’t done much of before. Finally, I’m proud of this piece I did as a freelancer for Humanosphere, I think just because the topic is so important in such a conservative and patriarchal society.

What successes have you had so far?
In terms of success, I think I’d just say I’m proud of figuring out how to navigate this city and live in Jakarta. The city has the worst traffic in the world and less than accountable public transportation, so just getting from point a to point b is an accomplishment-it can take two hours to go three miles so figuring out how to use busses, motorcycles, and walking routes is an accomplishment. I also learned a lot about reporting for TV since most of my experience in the past has been for print. I got to do a lot of writing for TV script and produce a few features that aired on the TV news. That was a great experience and added a new aspect to my portfolio. 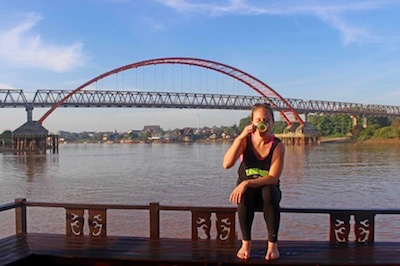 Can you share a favorite anecdote from your trip – cool adventure, funny story, lesson learned?
One of my favorite adventures during the trip was when I got to go to Central Kalimantan in Indonesian Borneo for a reporting trip. We got to go on a boat through the river and see wild orangutans on the islands. Our guide, Putu was so knowledgeable and we learned so much about the animals and the culture and history of the area. It was also just really nice to get out of the city for the weekend and spend some time in nature. We also got to visit a village there and write about their failing education system which was really eye opening. I also just really enjoyed getting to spend time with my coworkers and the tour guides on this trip and learning about their backgrounds and experiences.

Anything else to add?
I’d just say I’m really thankful for the UW Comm department for giving me this opportunity. It was a truly invaluable experience that would not have happened without their support. I hope I can take what I’ve learned and pay it forward!