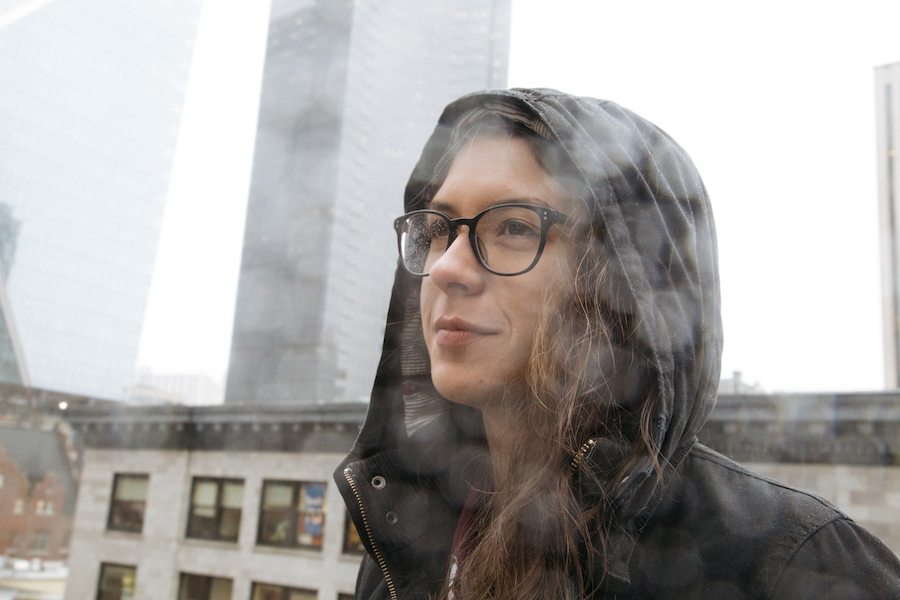 Long before Clark Kent first slipped on a stylish pair of spectacles, journalists have fought to give voice to the voiceless and defend the rights of underserved communities. SPJ UW President, Daily Reporter, and Seattle Freelance Journalist, Kelsey Hamlin, may not think of herself as a hero, but she has spent her college years wielding words as deftly as Wonder Woman slings her lasso of truth.

What path led you to the Department?

“For me, there was no roundabout journey. It was always straight-up Journalism. I had wanted to pursue it for a long time. It started with me enjoying writing and finding out that I was good at it. However, there were moments when I was concerned that journalism was not going to be ‘enough;’ there is always this pressure to make money. Then after one quarter, I realized that, yes, I love telling people’s stories. I enjoy the responsibility of doing that ethically and accurately. I also like the freedom of delving into things on your own and digging through records and connecting all the pieces. Journalism is intersectional and so multifaceted that there is not one thing I could say that would encompass everything I love about it.”

It is an interesting time to be a student and a journalist. Tell us about some of your recent stories…

“It is crazy right now. I think I have written about ten stories in the last few days. I am even a little angry with myself for working so hard, but I am not surprised; it is the expectation when newsrooms are underfunded and understaffed and so many chaotic, upsetting and newsworthy things are happening all at once. I tend to cover protests and politics, but it can be overwhelming. It is also time consuming when you end up walking three-to-eight miles during multiple marches. Recently I have covered, for different publications, the Women’s March, the Westlake marches, the breaking news of AG Ferguson suing Trump […] I mean, the UW shooting alone resulted in three or four pieces, and there was another break in that story last night!

The Milo Yiannopoulos protest was one moment, of several actually, when I felt I was doing what I was meant to be doing as a journalist. I arrived on the scene right when the shooting happened. Everyone was freaking out. My friends were texting me and asking if I was OK, but I knew that I had to be there. This was and is my job. I am not going to back down just because it is scary.

I am the daughter of a cop, so I have been involved in politics my entire life. Reporting on it was natural for me. I am also pursuing a minor in Law, Societies & Justice, and the knowledge I have gained from that has been extremely handy when reporting on freedom of speech and equity issues. I have a lot on my plate, and many people reaching out to me with assignments. While it is lovely that they have that trust in me as a journalist, I still have to balance everything with school.”

How has it been working for organizations like The Seattle Times and South Seattle Emerald?

“Working for so many different publications, different not only in name but also in the ways they operate, has taught me more than I can express here. For example, when I worked as a political reporter for the Times, it was an opportunity to learn the dynamics of a larger publication, but the learning curve is very intense because you are dealing with a huge community [in Olympia].  You have to learn how to match names with faces. If you do not, you will have a hard time catching sources for comment when they rush past you in a hallway. The first two months were a struggle, but I got the hang of it in the end.

Going back to the Emerald, where they are dedicated to serving a specific, but neglected, community, the challenge still exists. At that organization, where I am usually working very closely with my colleagues, you still have to convince the community to view you as a trusted advocate. It is hard, because they can initially treat you like an outsider, but if you are willing to commit to it, to finding those familiar faces, learning people’s names and sharing your own, you will be a good journalist. The Emerald taught me that you should not tokenize people by reporting on a story and then waving them off; you should stay connected and involved in what is happening.”

What has been your goal this year as President of SPJ (Society of Professional Journalists) UW?

“My goal this year, and ever since I joined the chapter, has been to increase the diversity of our membership; we want to be representative of our students and their values. We do a good job promoting ourselves as a resource for other communicators; they should consider us a hotline for questions on reporting, media ethics, and really anything else. I also want to make sure our students are getting involved with community outlets as soon as possible. It really has made all the difference for me.

I started at The Daily and then News Lab and South Seattle Emerald, and making those contacts and having those experiences have been invaluable. It is still early in my career, but I have already done a deep, yearlong investigative piece for Real Change. I had the chance to tell one man’s story and show how it was indicative of intense systemic issues with jails and how America handles mental illness. When writing that story, I found the most frustrating interview subjects; the Public Information Officers and head of jail services made me jump through hoops, would contradict themselves, shred records, and do everything they could to stop the story. Things eventually reached such a point that my Editor had to step in because they did not take me seriously as a journalist, which, in a funny way was to my benefit, because they said some things to me on record that they probably should have kept to themselves.

I think the main advantage students in SPJ UW have is access to all of these ‘lessons learned’ from their peers. In the end, we are likely writing the same types of stories, so we should be resources for each other, even while remaining competitive.”

Any final lessons you have learned that you want to share?

“Marcus [Harrison Green], the Editor in Chief of the Emerald, told me to ‘go where the silence is.’ I really remember that, and I think I will always strive to do that as a journalist.”