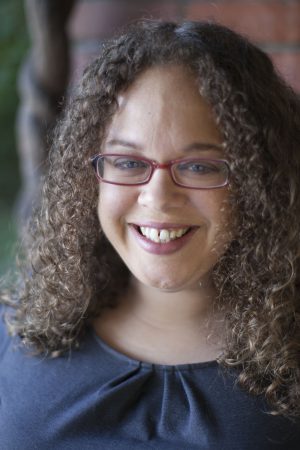 Although a recent graduate, Phyllis Fletcher’s career has had a deep impact on radio stations across the Pacific Northwest. Fletcher earned her Master’s degree in Communication in June 2011. She also graduated with a fellowship from the UW Center for Studies in Demography and Ecology.

“It was a great opportunity to be in the same room as those scholars and ask ‘how can I do this better’ from your perspective? I received so many answers,” says Fletcher. “For example, one speaker pointed out that the U.S. media is not always as clear and courageous in connecting social issues to public policy as it is when writing about other nations. I found it very freeing to ask those questions and be in that environment. At the very least, I was able to leave each seminar with another contact I could go back to if I wanted to learn more. In fact, I have a lot of good memories of UW,” Fletcher reflects. “I remember taking a course with Randy Beam in January 2008 where I learned that everything we do in the news has its own sociology; who newsrooms hire, where media employees live, the time of day when the news occurs, it all affects what stories get covered and how. It was a great way to kick off the program because it helped me look at my own work more critically and think about why I chose the stories I covered.”

KUOW Public Radio promoted Phyllis from reporter to editor six months after her graduation. She is currently managing editor of the Northwest News Network, a collaborative news service to public radio stations in Washington and Oregon. “This year was a lot of fun because we were able to take on a student reporter from the Olympia Legislative Reporting program,” Fletcher explains. “Working with Jeanie Lindsay has been great because it is awesome to mentor someone who is so excited about the stories, is able to accept and apply feedback, and knows how to listen with focus.”

Fletcher’s contributions to the public media, broadcast journalism, education, storytelling and racial inclusion communities are longstanding and well known. Since 2011, she has participated on news and culture analysis roundtables for regional and national broadcast. She has mentored college students and early-career journalists in annual boot-camp projects sponsored by NPR. “Participants spend one week essentially ‘upping their game’ in a virtual newsroom,” Fletcher says. “At the end, they have produced a multimedia story that makes for a great portfolio piece. As a manager, I love that I still get to be close to the action and learn what gets people excited.”

She has also written and spoken on numerous occasions to students from elementary school through graduate school and in professional settings, on topics of her expertise including oral history interviewing, audio production, journalism ethics, career and staff development and media access.

“Mentoring is important to me because that was how I first got into public radio. I met Cathy Duchamp when I volunteered every day for one of KUOW’s pledge drives and subsequently become an intern. She was my mentor, and I learned so much along the way that I want to share with others,” insists Fletcher. “As a mentor, I get to help people realize what they can do. I find K-12 [education] sometimes is all about what you cannot do, so I enjoy working with students and being that voice that says ‘yes! Journalism is still a thing, and it can be an outlet for your talents.’”

Fletcher’s community involvement has affected dozens of mentees and journalists, hundreds of workshop participants, and hundreds of thousands of readers and listeners to public media in the northwest region and across the country.

“One of my favorite experiences was working in 2008 with The Dart Center,” Fletcher mentions when asked if anything she remembers from her time at the UW affected her career. “During a simulation, the students had to play the part of the reporters who were responsible for interviewing subjects after an apartment fire.  The goal was to help them recognize how different people respond to traumatic situations; even though those responses vary, it is important for journalists to recognize that these individuals may still want to tell their stories. It was so effective that I later applied what I had learned during the session to my own coverage of the 2014 Oso Landslide. I have since learned that some classes here have gone on to use the raw video of these interviews as a teaching tool.”

Other organizations have recognized Fletcher by electing her to the position of Interim President of the Seattle Association of Black Journalists, profiling her in her undergraduate and graduate alumni magazines (Columbia College Today, Viewpoint and Columns), and awarding her a myriad of professional journalism awards.

“I have three pieces of advice to offer anyone looking to enter this profession,” says Fletcher. “First, I encourage students or early career professionals to take the most advanced computer science course they can. It will help you bring a unique skill into the newsroom. Second, if you like to do something, you should figure out a way to produce what you like to do, and not think of it as something that someone else is doing. Finally, in any workplace, you should learn how you complement others and what unrecognized needs you personally can fill.”

Fletcher’s national impact continues to be felt throughout the public media system. Her and her reporters’ work is broadcast domestically on National Public Radio and internationally on the CBC, the BBC and Voice of America. Her mentees have secured jobs at public radio stations and networks across the country. Listeners from across the country have contacted her and her broadcast outlets to commend her work.