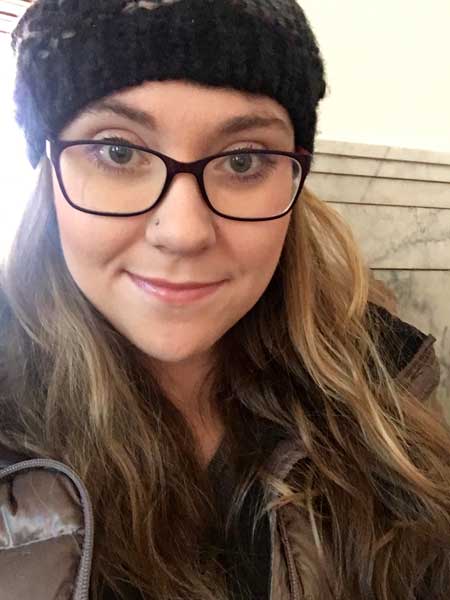 Nicole Rader is going after the stuff that dreams are made of. During her junior year, the UW Communication student was unable to find any film production organizations on campus, so she joined with other students to form their own. A wizard behind the proverbial curtain, Nicole has also worked as a videographer for The Daily and a camera operator at UWTV. “Using video as a medium to tell stories allows you to access other people’s senses and parts of their imagination,” she explains, “connecting certain images and sounds together can create a lasting impression and extremely powerful stories.”

In this edition of Hello Huskies, Nicole shares her thoughts on visual narratives and the secret to making the most of being a student at the University of Washington.

Why did you start the UW film production club? What have you learned from the experience? What is something you hope to teach others?

“When I started at the UW, I was not involved with any campus activities. I was originally intending to major in either Mechanical or Electrical Engineering. I took lots of Math, Physics, Computer Science and Engineering classes, but after about a year and a half of that, I was very unhappy.

I took a 5-week summer intensive filmmaking course at the University of North Carolina School of the Arts; it had a huge impact on me. After that, I came back determined to get as much hands-on film experience as I could, even though the UW does not have a film production major. Only then, did I really start to take advantage of the resources that the UW has to offer and look for opportunities outside of class. Those experiences have changed my life. However, all of that happened only after I made it my mission to go out and find these opportunities.

My junior year, I looked everywhere on campus for a way to get involved with film production, but I found nothing. I was taking a Cinema Studies class and went to the professor, Eric Ames, to ask for help. He put me in contact with Blake Rizzo, a freshman trying to start a film production club called LUX. We connected, and the club had its first meeting Winter Quarter of last year. Blake and I started meeting every week to discuss club ideas and I began to take on more of a leadership role.

Helping to start and manage LUX has taught me more than I ever could have imagined. I am so proud of how this club has developed this past year. We would not be where we are without the hard work of our officers. Probably the most important thing this club has taught me is how vital communication is when working on any project that involves multiple people. I also hope people in the club learn that filmmaking is about working with other creative people to make something. This is a very challenging task, but can be extremely rewarding.”

What is your favorite story from your time working as a camera operator at UWTV?

“I think it was during the volleyball games at Alaska Airlines Arena. When I went into this job, I thought it was going to be very serious, but everyone on the headsets joked around and tried to have a good time while we were filming.

Less fun, however, was when I was filming a UW gymnastics meet. I turned the camera too hard and one of the tripod legs was knocked down a level, which tilted my camera over. We only had three camera people covering the event that day, and because I did not know how to fix the tripod, one of the other operators had to lock down their camera for a wide shot and then come and help me. All the while, the director cut between shots from the wide and handheld. That was very nerve wracking, but at least I know better and can fix the tripod if it ever happens again!”

Working as a videographer for The Daily sounds like it presents its own set of unique challenges and rewards. Are there any you would like to share?

“The video team at The Daily is fairly new, and in that sense can be a little separated from the writing team. This has provided a few challenges when it comes to coordinating videos and accompanying stories because we are learning the best ways to communicate with each other. Moreover, we are a smaller team, which gives each videographer a lot of freedom when it comes to what stories we want to cover. This can be both a good and bad thing; the chance to be creative in what we do is great, but I do think we could benefit from some additional guidelines.

I find it very rewarding to go out and film a story, edit it, and put it up on online. However, the quick turn-around time can be challenging, as editing a video can easily require a lot of effort. Nevertheless, it has been very cool to meet other videographers through The Daily who share my passion for video and storytelling.”

What is it about film/video that intrigues you?

“I love that through film you literally get to bring the news or event to life and into people’s lives. Written stories are great, but there is something about watching a person’s reaction, facial expressions and hearing their tone of voice that gives you a different perspective on their answers; something that you do not get when you just read their quotes.

I love all different types of movies. Cinema studies classes at UW introduced me to lots of classic films, like Double Indemnity. However, I also love getting a good laugh from movies like Blades of Glory, Anchorman, and Napoleon Dynamite. One of my favorite romantic comedies is Crazy, Stupid, Love; I enjoy the characters and intertwining stories. I also love beautiful movies that have a corky sense of humor like the Wes Anderson movies, Grand Budapest Hotel and Fantastic Mr. Fox. I am also a big fan of Hayao Miyazaki and his animated films like Spirited Away. I also really like Edgar Wright’s visual comedy in Hot Fuzz and Shaun of the Dead. I also think Taika Waititi and Jemaine Clement’s What We Do in the Shadows is brilliant. I love it when a movie makes my day better and I can relate to a character.”

Who has inspired you during your time at the UW?

“I think the people who have inspired me the most have been the students in the UW film production club and some of the adults within the Communication Department.

Seeing the passion that other students have for filmmaking and working with them to create something new is the most exciting thing for me. When students learn something new and/or create something that is very different from what I could have imagined, I am so happy. To discover that the club that I helped create is giving students a positive experience at the UW, and is a place for them to go explore and learn about filmmaking… that is awesome.

The adults at the UW who have inspired me are Troy Bonnes in the Communication Department, and Stuart Marlantes from The Daily. Both are always willing to sit down and have a chat with me about life; I have found that to be very helpful at such a large campus. I also just recently went on the Career Exploration trip to Los Angeles with seven other UW students. That group of people, as well as every alumni we met with while down there, was one of the best experiences I have had at the UW.

In the end, I have grown so much over these past four years. Once I realized how important the people in my life are, I really made them a priority and started to feel like I had a family at the UW. I had no idea how much of a difference it makes to have a sense of community at school, but it completely changed my experience. My last two years have been busy, but so much better since I decided to follow my interest in filmmaking and visual storytelling. I know now that whatever curveballs life throws my way, I can handle them with the support of the people around me.”