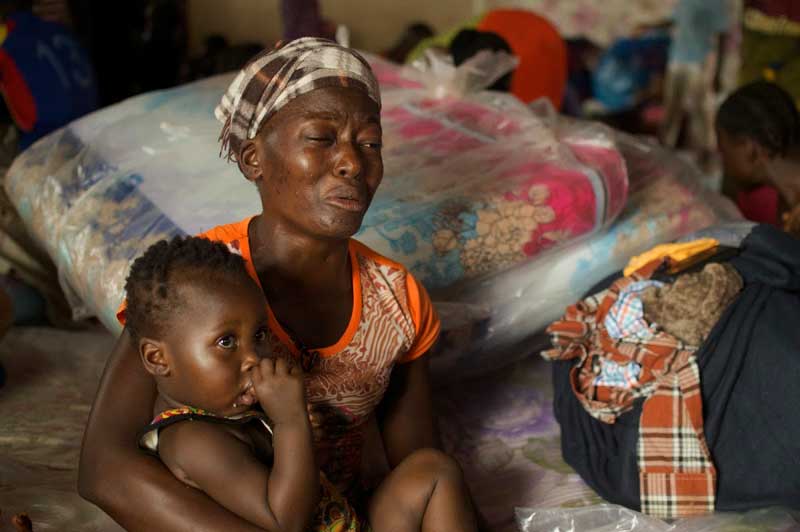 Freetown’s deadliest morning in over a decade, maybe ever, began just like any other. I woke to the machine gun clatter of heavy rain on corrugated metal roofs; I trudged to the Awoko newsroom under the free umbrella I got at the UN’s Family Planning Week press conference, and I ate my usual breakfast of lafidi and instant coffee. Blind to the carnage only a few miles to the west, I leafed through our Monday paper as the staff reporters slowly filed in from the rain-induced traffic jams.

My column that morning was on the wildly different estimates “authoritative” sources have reported on Sierra Leone’s maternal mortality rate. The country has the notorious distinction of being one of the most dangerous places in the world to give birth, but new records showed that might not actually be true.

I’d been poring over all the data I could find on the topic since returning from a trip upcountry with my news editor. She was assisting a Japanese journalist interested in maternal mortality, and found every source he needed: doctors, nurses, traditional birth attendants, pregnant teenagers, NGO officials, and even a bereaved husband holding his 5-day-old daughter. The Japanese journalist invited me to join every interview, providing me with an intimate look at not only how international journalists work, but also at Sierra Leone’s fragile health system.

As I checked the column for typos, my colleague started reading out a WhatsApp message he just received. I was only half listening, but the words “flooding”, “mudslide,” and “nine dead” caught my ear.

“Wait, did you just say nine dead in a mudslide?” I asked.

“No, I said ninety-nine suspected dead in a mudslide and heavy flooding,” he answered.

Minutes later we were speeding west through the rain-slicked roads of Freetown with the Awoko founder and Editor in Chief, Kelvin Lewis. Little did we know, the final death toll would climb almost tenfold by the end of the week. 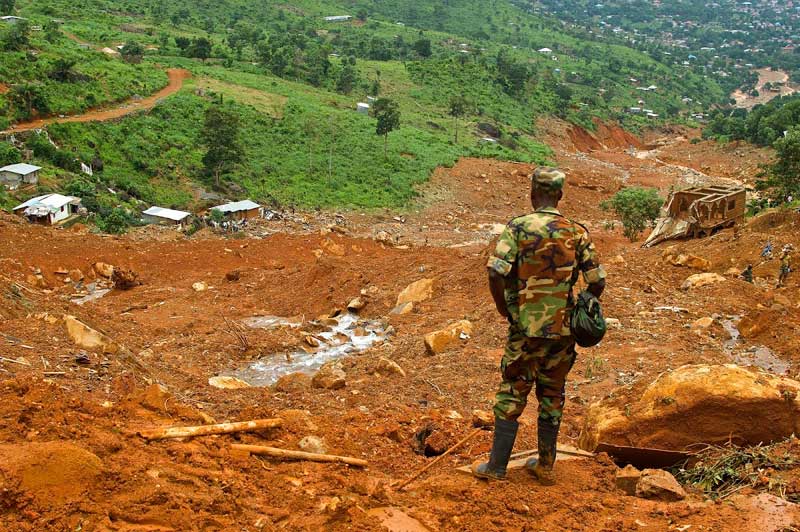 My gut instincts said to head straight for the mudslide site, but Mr. Lewis had a much better plan. A friend told him that most of the search & rescue efforts were concentrated in a mangrove swamp about three miles downstream of the mudslide in the dense, urban neighborhood of Lumley. Near the mudslide, debris clogged the river, flooding it as much as 10 meters in some places. Powerless against the strong current, hundreds were washed down to the sharp kink in the river at the Lumley mangrove.

Following the constant stream of speeding ambulances west, we approached a crowd of stunned locals standing on a bridge over the river. They were all looking out over the mangrove where a small army of young people in bright white and yellow jumpsuits combed through the dense growth. A light rain fell as we made our way down the hill towards the ambulance staging area on a small bluff overlooking the mangrove. 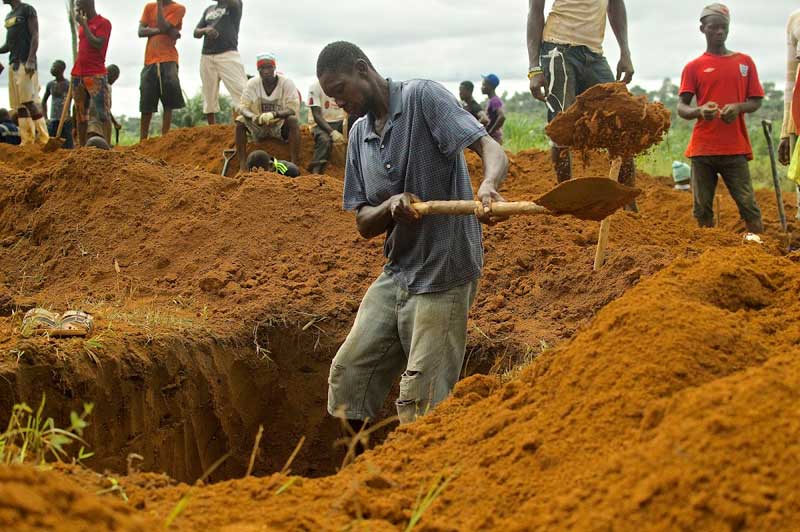 A mix of young men in muddy plastic jumpsuits, soldiers in full uniform, and teary-eyed locals stood around the ambulance. Its back doors were flung open showing a small stack of white body bags. I turned to a young man about my age wearing a bright yellow plastic jumpsuit, sleeves tied around his waist, calmly smoking a cigarette.

“How is the search and rescue going?” I asked him.

“Search and rescue?” he chuckled. “I wouldn’t call it that.”

“I’d call it searching,” he said. “There’s nobody here to rescue, you understand?” 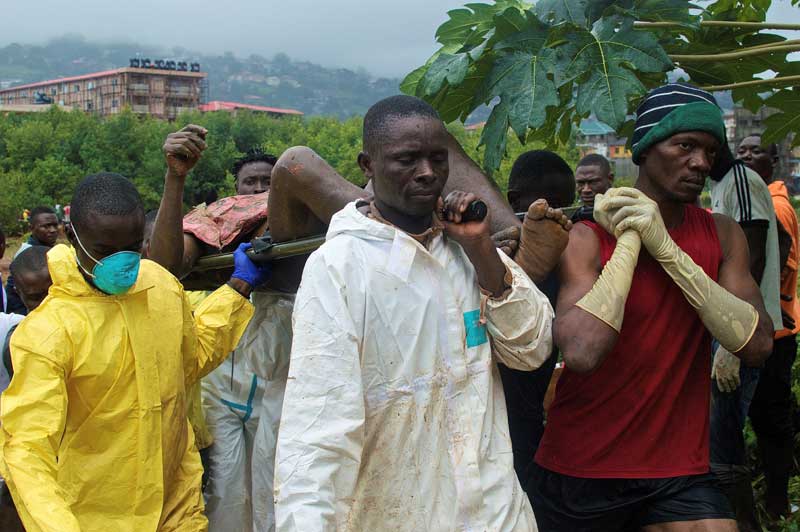 He was right. Despite searching every inch of the mangrove for three days, they never found any survivors. Mr. Lewis and I interviewed people at the staging area: the Police Chief, volunteer medical workers, even the Freetown mayor. Every ten minutes or so, a team of muddy young men would carry a body up from the mangrove, through our crowd of onlookers, and into the waiting ambulances.

Between interviews, we’d try to snap as many pictures as we could, but most of the action was happening down below us in the mangrove. Planning accordingly, Mr. Lewis pulled out a long zoom lens and started snapping away. Stupidly, I’d left mine in the car, leaving myself with only a wide angle prime lens to shoot the search party over 200 meters away. Prime lenses are great, but you have to zoom with your feet. In this case, that meant fighting forward through knee-high water and fresh mud. Yet, looking back, I’m glad my cheap little camera forced me down there. 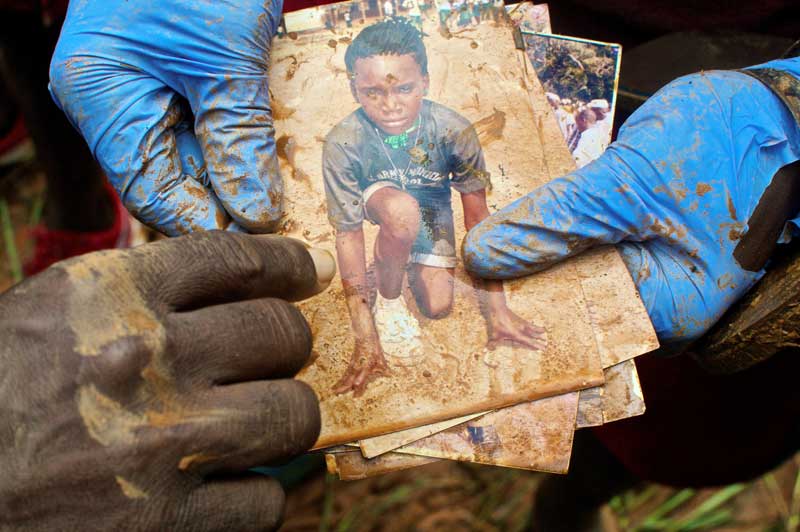 Almost immediately, a guy about my age came up to me with a handful of soggy photographs. “You a journalist?” he asked. I nodded. “Okay, well take a look at these. I found these pictures scattered around one of the bodies.” As he shuffled through about a dozen family photos of kids in their school uniforms, and happy couples embracing, others crowded around us for a closer look. “Wait wait, stop. Let me see that one again,” said one man in a plastic jumpsuit, pointing to the photo of a young girl crouching in a schoolyard. “I carried her body out a few hours ago. This girl is gone.”

As I continued interviewing the search party, one of the self-appointed supervisors screamed out, “Phones and cameras away; no pictures, no pictures! The dead deserve dignity! No pictures, except for journalists!” As he said that last part he looked right at me, giving me an encouraging nod and a wink. In that moment, all the weight and gravity of the moment came bubbling up. As cliché as it might sound, that little wink laid bare the responsibility I had to show people what was really happening in that mangrove. It instilled in me an urgency that would come to underscore my every waking moment for the next two weeks. 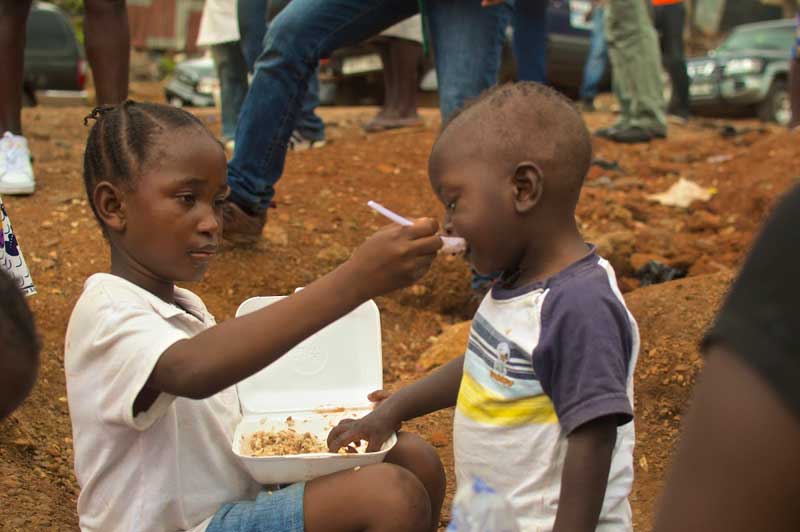 After that first day of mudslide reporting, my characteristically blunt editor told me something I know I’ll never forget. He said, “It’s sad the dead are dead, but they’re dead. Tell me about the living.” So that’s what we did.

With my colleague Alhaji Kamara, we interviewed every single person we could find with a story to tell. We talked to a man who was buried by the mudslide during his morning Muslim prayers; miraculously, he dug his two daughters out of the rubble, but lost his wife in the chaos. We interviewed a community leader who described what things looked like before that terrible morning. We found a soldier whose house was mere inches from the mudslide’s path.

At the mortuary, where hundreds lined up for a chance to identify their missing friends and family, we talked to dozens of bereaved relatives. Some found their loved ones; others did not. I could barely bring myself to ask for an interview from these people sadly shuffling out of the mortuary, especially as I knew the grisly scene they had just endured. But that urgency I’d been feeling since Monday morning pushed me to ask these impossible questions, and it seemed as though some were eager to answer.

This was the first day I saw the international correspondents descending upon the story. 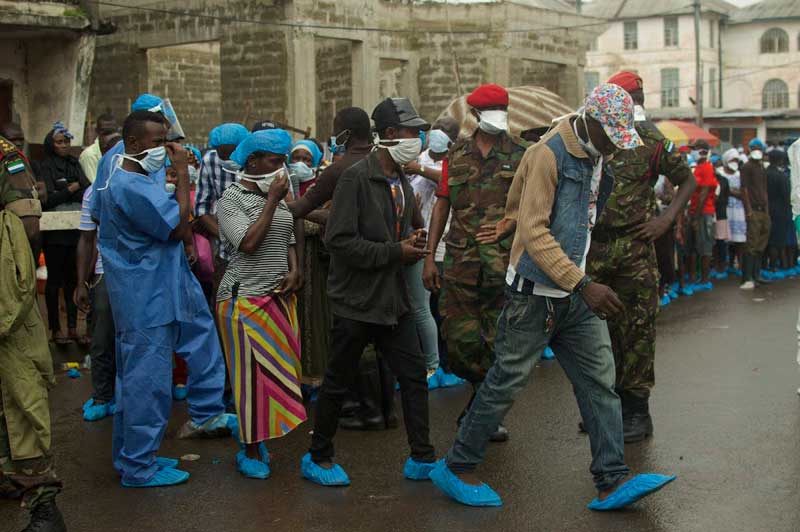 When I came back from the mortuary that night, a CNN reporter from Nigeria was sitting in Mr. Lewis’ office. I made up some flimsy excuse to go in there and introduced myself. The very next morning, I was driving towards the government cemetery with Stephanie Busari and her CNN camerawoman as their photographer and assistant cameraman for the day.

Getting thrown into the competitive field of international breaking news reporting was one of the greatest journalism educational experiences of my life. No doubt I would have drowned if not for the skills I learned from UW professors, The Daily, and the endlessly supportive Awoko newsroom. CNN published a photo gallery of my early coverage, then another from coverage we did at the rescue center for displaced mothers and children. Interacting with these “parachute” journalists made me realize that for every attractive quality there is to that career path, there are also a lot of ugly realities. It’s made me look at international coverage with a more discerning eye, because despite all the good they do, there’s a lot they miss. 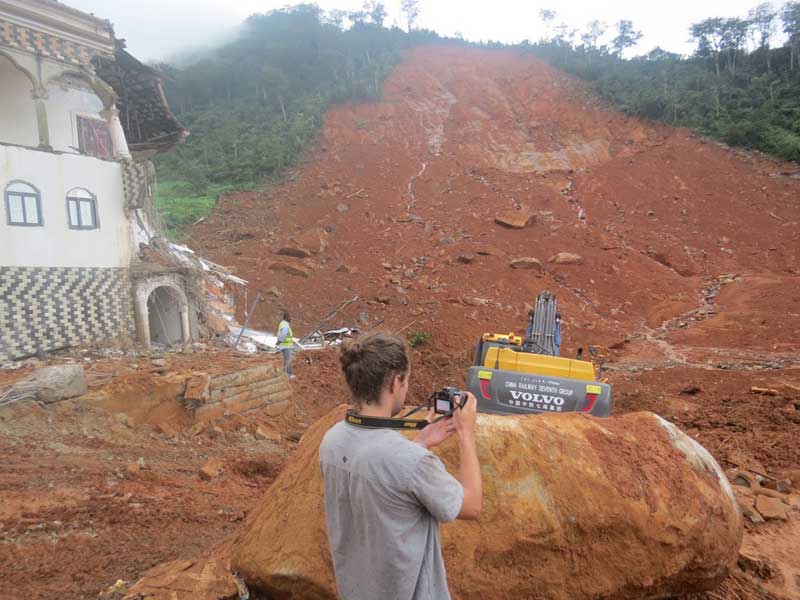 If the mudslide had never happened, this still would have been one of the most incredible, formative summers of my life. The frantic, heartbreaking, and inspiring two weeks that followed the disaster were simply an exclamation mark punctuating my three months in Freetown. I came to Sierra Leone to learn more about journalism and I got that, but I also got so much more. The incredible people at Awoko, and countless strangers I met across Freetown, taught me a new way to think about the world that was all at once completely foreign and strangely familiar.

Any apprehensions I had about approaching strangers or sources for a story or speaking up for my ideas were shattered. Any material comforts I missed were offset in droves by the warmth and welcome I received from almost every person I met. Any misconceptions or stereotypes I held about West Africa were constantly challenged by the nuances I saw every day. 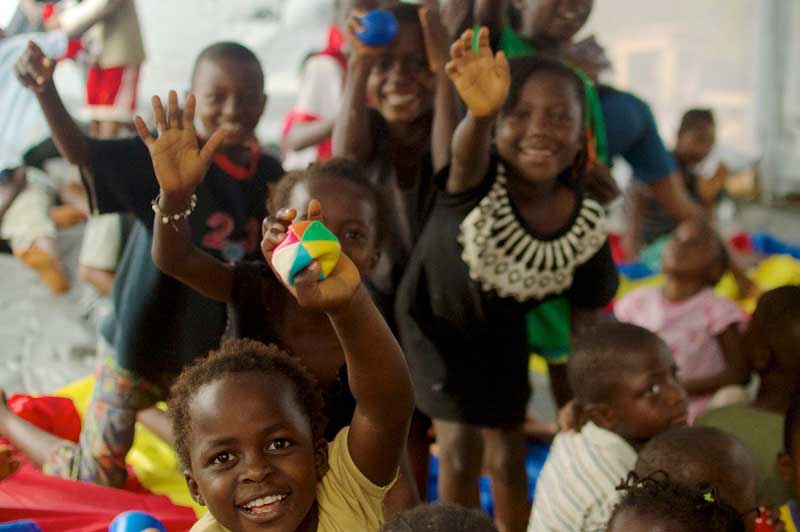 This is more than an internship, and it’s more than a study abroad. The Freetown Foreign Intrigue Program is entirely what you make of it, and with a family as supportive and talented as the Awoko newsroom, you can make of it whatever you want. If even for a second you find yourself entertaining the idea of spending the summer in Freetown, do yourself a favor and apply. Call every person who has ever been there through this program and they’ll tell you more of the same.

There are so many people I need to thank, and I’ll endeavor to thank each one in person. Being a part of the Foreign Intrigue Program is one of the greatest things I’ve ever experienced, and I hope countless others get that chance in the years to come.