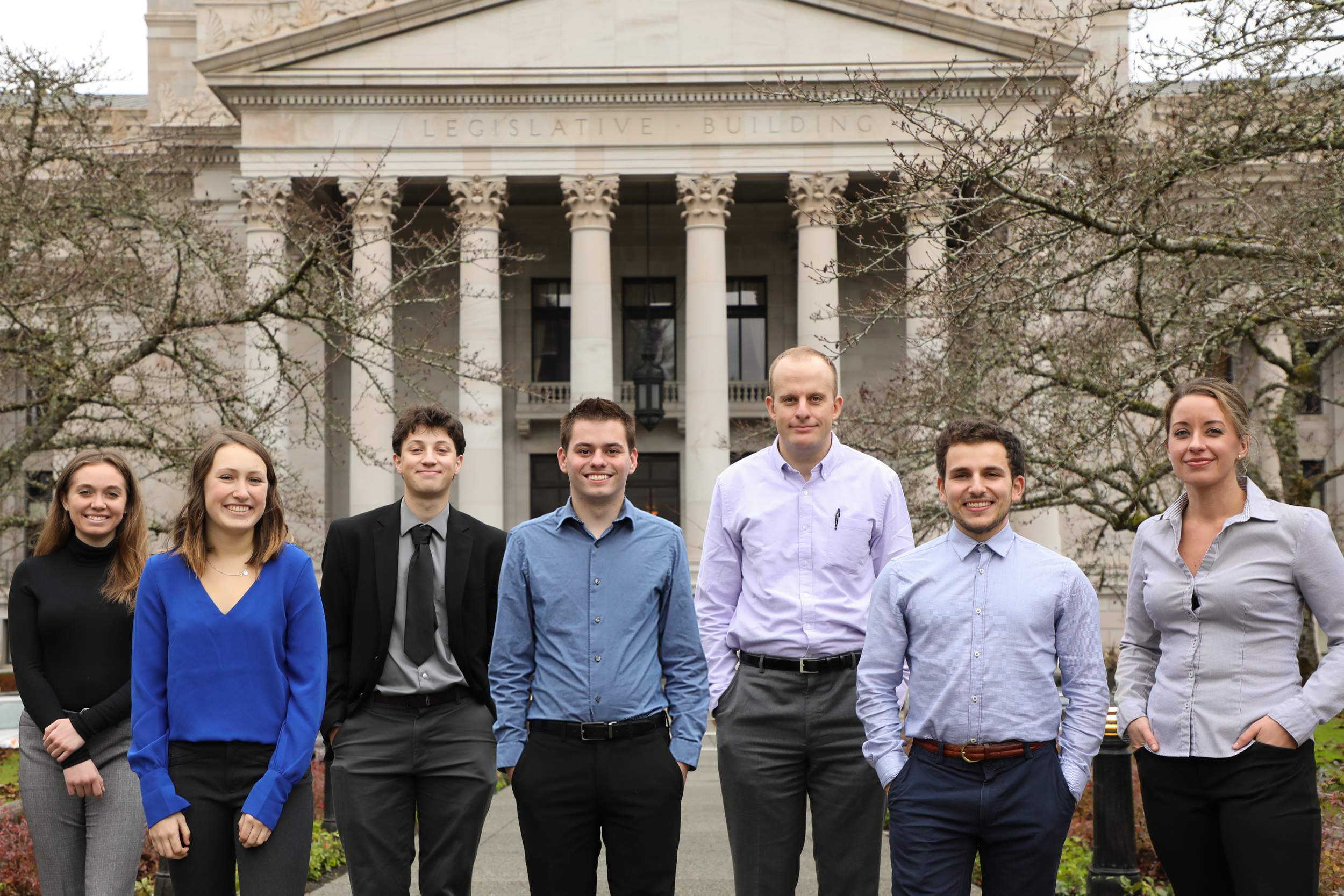 The UW Department of Communication is pleased to welcome seven student journalists to the 2019 cohort of the Olympia Legislative Reporting Program.

The program is designed to immerse students in paid, full-time reporting jobs each winter quarter with news outlets covering the Washington State Legislature.

The students selected for this opportunity are some of the brightest and most civically-minded the Department has to offer, said program coordinator Meg Spratt.

“Each of these seven new legislative reporters already have impressive journalistic experience and skills,” said Spratt. “They’ll play an important role in covering our state government during this critical time in local and national history.”

Learn more about this year’s cohort and their assignments below:

Communication students, faculty, alumni and other friends of the Department are encouraged to follow the students’ progress via the UW Olympia Reporters Facebook page, which will feature articles published by each student throughout their time in Olympia.